The Los Pinos (CO) Fire Protection District wanted to replace a 1986 pumper outfitted like a Type 3 engine with a dual-purpose engine to be housed in its dedicated wildland station, Station 5.

Gilbert says the committee got the Model 34D CAL FIRE specs, which he characterized as “well-detailed and very involved specs. We got them from HME and, after reviewing them, decided to keep all the major components on the truck but wanted to change a few things.” 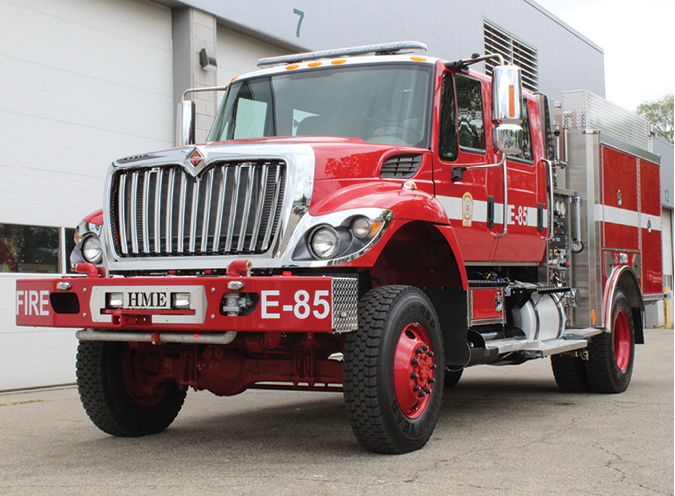 What attracted Los Pinos to the Model 34D Type 3, Gilbert points out, was its need for pump-and-roll capability and the ability to mount a 750-gallon-per-minute (gpm) midship pump that would classify the vehicle as an attack engine for structural firefighting by the Insurance Services Office. “We liked the Darley 1.5AGE 150-gpm auxiliary pump for pump-and-roll and went with a Darley LSPH-750 two-stage 750-gpm power takeoff (PTO) pump for the midship pump with a water tank of 750 gallons.” 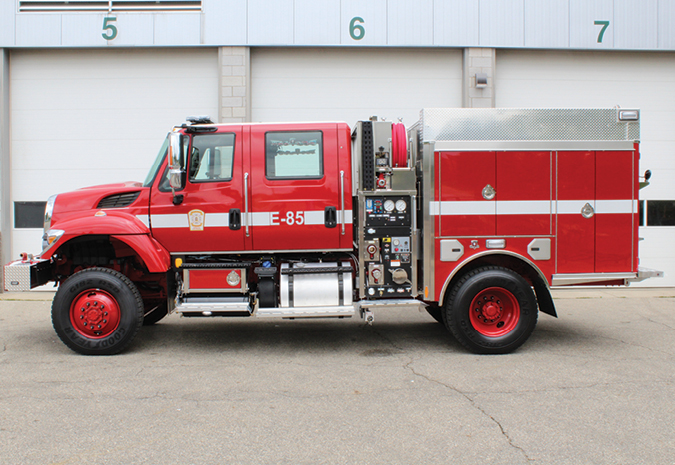 Gilbert notes that changes the committee made to the specs included adding some pull-out boards and slide-out trays in compartments and going with a Cummins L9 EPA17 350-horsepower diesel engine instead of the MaxxForce diesel engine typical on Model 34 vehicles. “We knew the equipment we needed to carry on the truck and talked with HME about how we could configure the compartments for the best results,” he says.

Jeff Wood, co-owner of Firefighter Trucks of Colorado, who sold the Type 3 to the Los Pinos Fire Protection District, says once the pumper was built, the dealer had to plan for a lot of storage solutions, adding pull-out boards and slide-out trays. “Los Pinos also liked the ability to put a bigger pump, the 750-gpm, on the vehicle instead of the 500-gpm that a CAL FIRE Model 34 Type 3 usually carries,” Wood points out. “And, they said they liked the ability of HME to put in the Cummins engine for them instead of the MaxxForce.”

The Los Pinos Type 3 is built on an International 7400 four-wheel-drive, four-door commercial cab and chassis with seating for four firefighters and with an all stainless steel body. Its gross vehicle weight rating (GVWR) is 35,000 pounds, and the 20-inch extended front bumper carries a hose well and two front tow hooks. Gilbert says that the fire district decided to have high-back nonsuspension seats installed for the driver, officer, and two crew. “We changed the specs for the interior of the cab,” he says. “We wanted a plain-Jane cab that has a console in front between the driver and officer and two captain’s chairs in the back. We have an air ride cab but not air ride seats, and the self-contained breathing apparatus (SCBA) are in custom brackets instead of being inset into the seat backs to make long rides more comfortable. We also had cabinetry for firefighters’ personal items installed in the cab.” 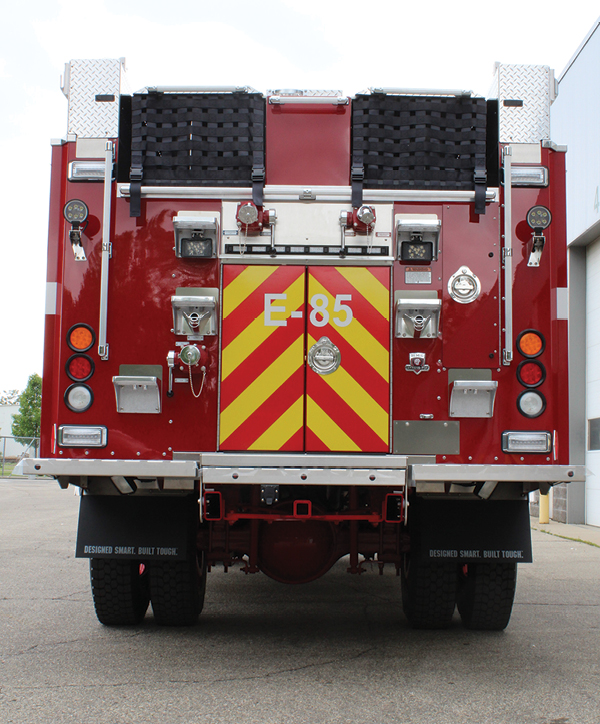 3 Los Pinos had HME install a Cummins L9 EPA17 350-horsepower diesel engine in the Type 3, as well as an Allison 3000 EVS automatic transmission and an engine brake.

The Los Pinos Fire Protection District provides fire protection and emergency medical services (EMS) to portions of LaPlata and Archuleta Counties and includes the communities of Oxford, Tiffany, Allison, and Arboles and the town of Ignacia. Gilbert says a substantial portion of the district consists of Southern Ute Tribal Lands, Bureau of Land Management property, territory belonging to the United States Forest Service, Division of Wildlife areas, and land owned by the state of Colorado. In addition to fire suppression and EMS, the district also provides technical rescue, wildland fire suppression, and an operations-level hazmat response to the areas it protects.

While the town of Ignacio is primarily residential with some commercial, according to Gilbert, there also is a great deal of oil and gas infrastructure and traffic in the fire district. “Our district covers a lot of oil wells in the area—1,700 in our fire district, at last count,” he says. “But, our population is extremely spread out over all of our territory, mostly in a lot of old ranches and farmhouses that are far from anywhere.” 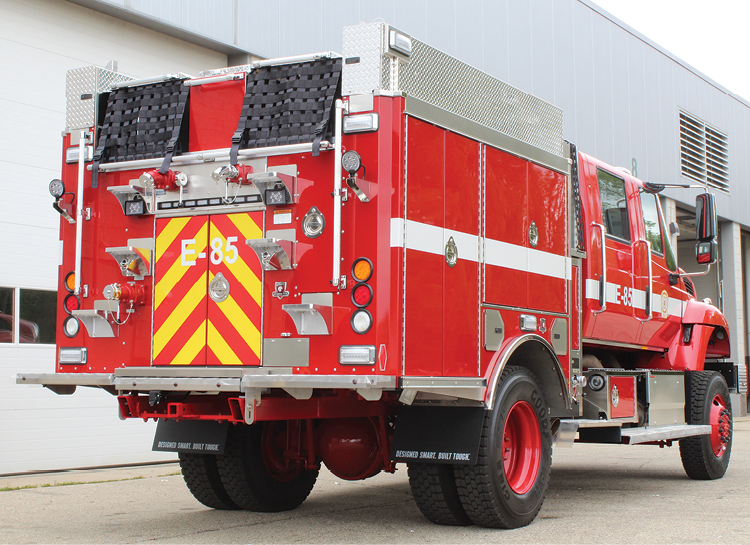 Gilbert notes that the Los Pinos wildland Station 5 is 25 miles south of the district’s main Station 1. “It takes about 45 minutes to respond from one end of the district to its farthest point,” he says. “So when our Type 3 is in the district, it covers pretty much everything because our wildland crew is certified for structure fires.”