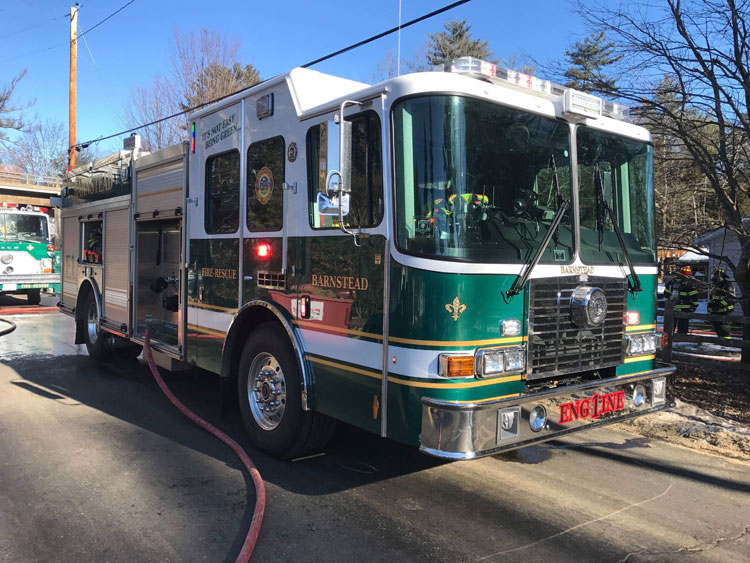 12/08/18 Barnstead Fire Rescue responded to a report of building fire on 1044 Beauty Hill Rd. Arriving companies found a 1½ story wood frame house with the first floor well involved in fire. A first alarm response was requested bringing mutual aid from surrounding towns. Barnstead 6 Engine 1, their brand new HME Ahrens-Fox pumper was first on the scene and BFD personnel made an aggressive interior search and attack. They immediately found the family dog and removed it from the building but efforts to revive the dog were unsuccessful. It took approximately an hour to bring the fire under control and the home suffered significant damage.

Other HME Ahrens-Fox on the scene were: