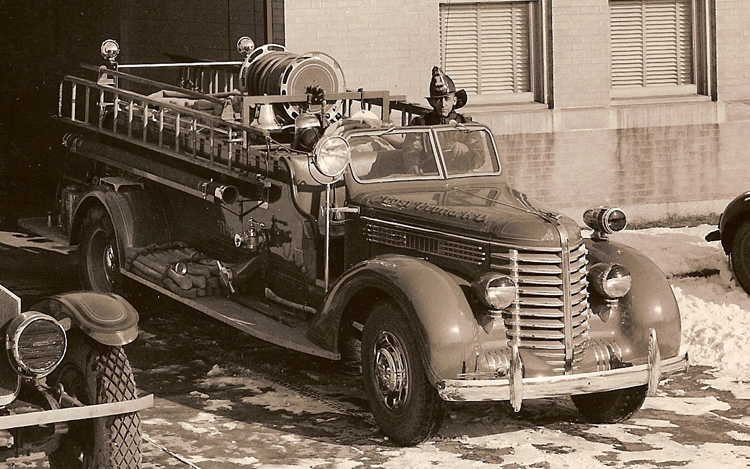 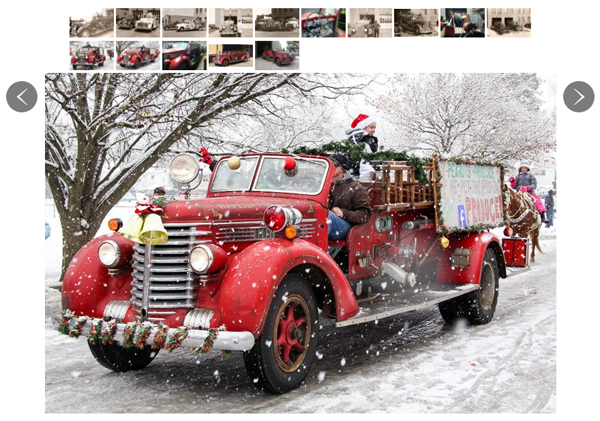 CLICK ABOVE FOR A GALLERY OF THIS VINTAGE RIG >>

East Peoria (IL) Fire Department (EPFD) Assistant Fire Chief Garry Grugan never knows what the next phone call to the fire station will bring. That was certainly the situation early in March, when he answered a call from a resident in Leroy, Illinois. Leroy is about an hour east of the area served by the EPFD. The caller was Ben Donovan, who was doing some research on a vintage fire pumper he purchased in 2014. The 500-gallon pumper is a 1939 Diamond T cab and chassis with a 1940 Central Fire Apparatus Corporation of St. Louis fire body. Somehow in doing his research, Donovan thought there was a possibility the fire engine he had purchased from a retired Wapella (IL) Fire Department chief had once served the EPFD. Donovan was in luck that day as Grugan has also served as the department’s historian for several years. It only took a few minutes for the men to realize that for sure the pumper owned by Donovan had served two fire departments.

In the fall of 1939, the city of East Peoria authorized the purchase of its third piece of motorized fire apparatus. Central St. Louis was the successful bidder to supply a 500-gpm pumper with a 250-gallon booster tank. The purchase price was $4,486. The pumper was built on a Diamond T chassis and was powered by a Continental flathead six-cylinder engine. The pumper was delivered in late 1940 and placed in service in early 1941—just before World War II. The pumper would serve East Peoria until 1955, when it was traded back to Central St. Louis for a new GMC-Central pumper. There ended the first chapter of the pumper’s history.

The next chapter would take place in the small central Illinois community of Wapella. The village had formed its fire department in 1941 and started with a used 1924 Dodge pumper. By 1955, the department realized the need for an upgrade and made arrangements with Central Fire Apparatus to purchase a used 1939 pumper. The pumper would then serve at Wapella until 1976, when it was sold to a private collector in nearby Kenney, Illinois. After more than 25 years, now retired Wapella Chief Gene Welch purchased the pumper from the family of the collector, pull it out of the mud in the building where it had been stored for all those years, and bring it back to Wapella. Welch was able to get the rig back in running order. For several years, the vintage rig would be seen in area parades and other local events. 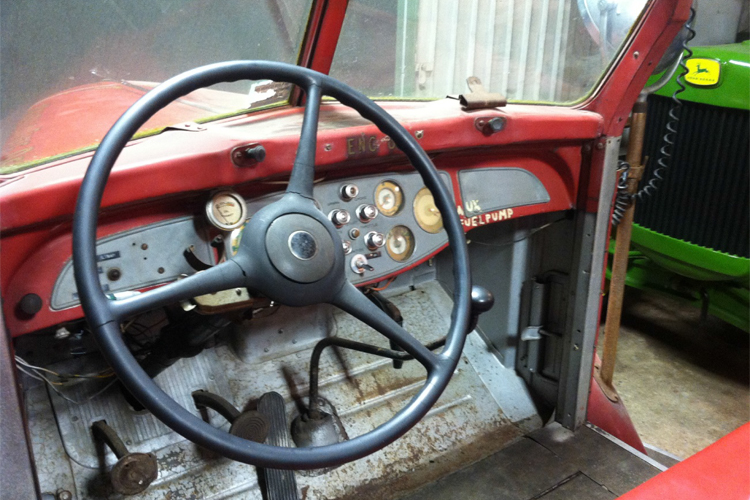 Donovan grew up in Wapella and, for a few years, served as a volunteer on the Wapella Fire Department. He served under Welch and knew that the chief had an old fire truck stored at his home. He expressed that he would be interested in purchasing the rig if the chief were to part with the pumper. Donovan comes from a family that has a long interest in purchasing and restoring vintage farm tractors, so doing the same thing with an old fire truck wouldn’t be all that different, and Donovan would have the skills to fine tune the mechanicals on the pumper. In 2014, Welch sold the fire truck to Donovan. Soon he and some friends were busy going over the motor and working on brakes and brake lines, and it wasn’t long before the pumper was taking spins around town and even being a part of some Santa Claus parades. Donovan recently relocated to nearby Leroy, Illinois—still in the neighborhood. The pumper moved with him and is in good overall original condition. Wapella did very little to change anything on the truck, and it was not altered during the years that Welch had the rig. The paint is original. Looking at pictures from when the pumper was in service with East Peoria, the only noticeable change is that Donovan has removed the hose reel from on top of the booster tank to allow the rig to fit in his garage. The reel is sitting in the hosebed. The truck needs the Diamond T hubcaps and a bell to be complete, and Donovan is working on those items.

My thanks to Donovan and Grugan for their help and the great pictures included with this feature. So, what is the future of this vintage fire truck? First, Donovan has offered to trailer the pumper over to East Peoria to be on display, possibly for the annual fire department memorial service that is held as part of Fire Prevention Week in October. Secondly, Donovan has created awareness for a great piece of fire apparatus with a history with two fire departments. In the event that Ben will one day want to part with his rig, I know the members of the EPFD would very much like to be first in line to bring the rig back to its first home.

In the last few weeks, Donvan’s call to Grugan has sparked a great deal of interest. The city of East Peoria has a monthly publication with a feature on the pumper with materials supplied by Grugan. Next, the weekly East Peoria Times newspaper ran an expanded story on the rig. There seems to be a certain fascination about old fire trucks, and that continues with WYZZ-TV Fox News traveling to Leroy to do a news feature. Somehow they managed to find a dry day, and Ben was gracious enough to fire up the venerable pumper and take the TV crew for a demonstration ride. Then, there is Fire Apparatus & Emergency Equipment getting in on the act to tell the story in our electronic issue. Sharing “old stuff” with our readers is a passion. I hope articles on vintage apparatus are interesting and inspiring. While it is always neat to see what is new on the fire apparatus industry, there are so many vintage apparatus links to the fire service’s past that all have stories waiting to be shared. Some of those links are in museums, while others still belong to fire departments or are owned by private collectors. We are always looking for good stories of vintage apparatus, and encourage you to take a few minutes to contact me at: ron.lois224@gmail.com.