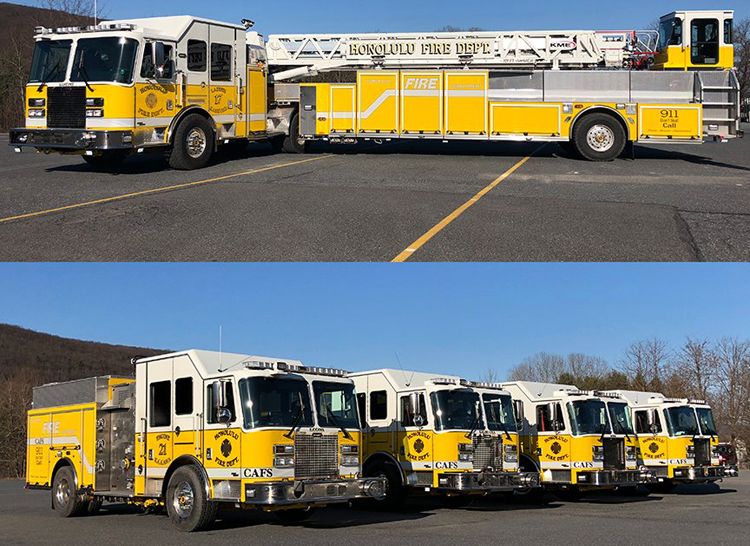 Thanks to the Daniel R. Sayre Memorial Foundation and an unnamed benefactor, the Hawaii Fire Department received a donated a Big Dog wildland tanker, reports westhawaiitoday.com.

The $453,000 Textron and Howe & Howe 4×4 Big Dog tanker can hold 1,200 gallons of water and will be stationed at the South Kohala Fire Station off Queen Kaahumanu Highway.

The Big Dog is the second of three water tankers donated by the same unnamed benefactor. The first was a Bulldog tanker that’s been assigned to the Waimea Fire Station since arriving on the island in 2019. The second Big Dog, currently being built in Idaho, is expected to arrive next month and will be assigned to the North Kohala station in Kapaau.

Since starting the Daniel R. Sayre Memorial Foundation, which benefits the Hawaii Fire Department, more than $7 million has been raised—including more than $814,000 in fiscal year 2020 alone—to fund equipment and training.