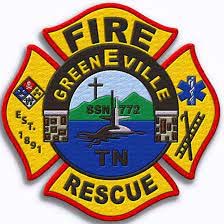 The town of Greeneville (TN) has accepted a bid on a new fire station and plans to replace the current station, which is more than 60 years old, are moving forward, according to a report published in The Greeneville Sun.

The $3.7-million bid was accepted by the mayor and board of aldermen earlier this week, according to the newspaper, that also said it will be located in a currently open field between Forest and Carson streets.

Greeneville expects to receive up to $4.4 million in COVID-19 relief funding which is expected to cover the cost of the new fire station, according to the newspaper.