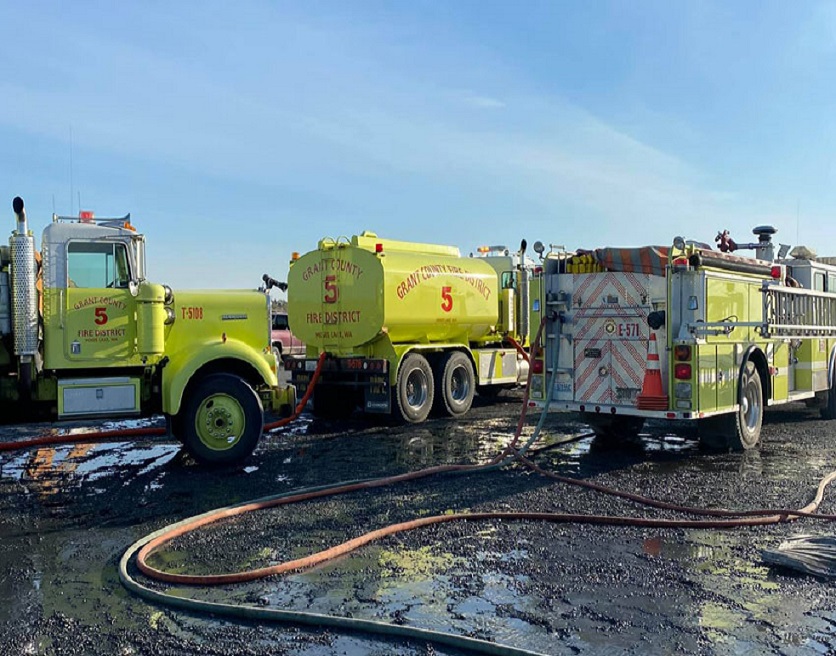 According to a report from Columbia Basin Herald, Grant County (WA) Fire District 5 (GCFD5) officials in Moses Lake, Washington, have discovered an innovative way to reduce costs while still obtaining the apparatus they need and want.

GCFD5 Chief Dan Smith said that their latest apparatus, if purchased new, can run around $200,000. However, he noted that GCFD5 personnel could build it for “way less” than half that cost while still building it to the department’s application.

District officials do-it-yourself approach paid off when they purchased a truck chassis and customized it from the axles on up. Smith said it’s a way to maximize the district’s resources.

Smith admitted that, as a rural fire district, the department didn’t have the money to buy all new trucks. And, the GCFD5 covers a broad area of more than 500 square miles across 12 stations, so there was no chance they could afford to house brand-new trucks at all 12 stations all the time. We can still provide quality equipment, and lots of it, for a lot less money.”

District officials recently purchased five used chassis to turn into fire apparatus suited for service in a district with many roadless areas. According to Smith, the five chassis cost a total of about $200,000 (although he didn’t give an exact amount).

The chassis originally came out of the factory as logging trucks sometime in the early 2000s. The GCFD5 then takes equipment from existing trucks and refurbishes and fits it to the new truck. However, it’s a long way from a logging truck chassis to becoming what Smith called a “tactical tender.”

On Thursday, two of the trucks that were still being built were parked in the district’s maintenance shed on Thursday, one about two-thirds completed, the second in the early stages.

Building trucks sounds like an intricate process, and it is. Once the truck returns, it’s fitted with a refurbished water tank, then the tank is repainted. Although it’s an involved process, Smith said the result is both more cost-effective and customized.