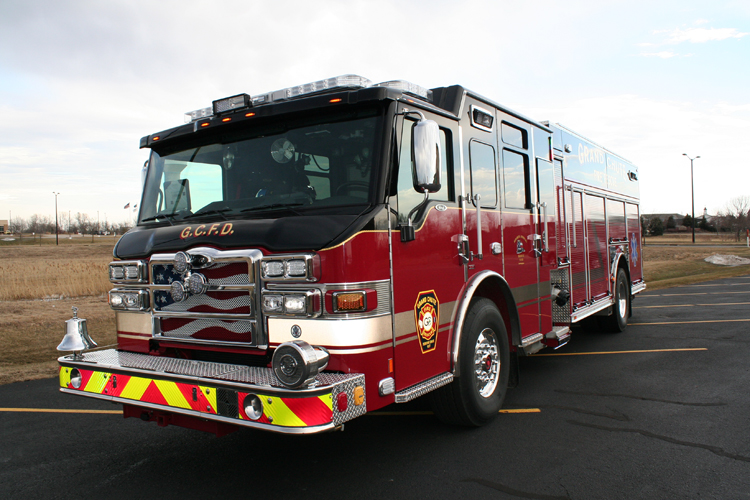 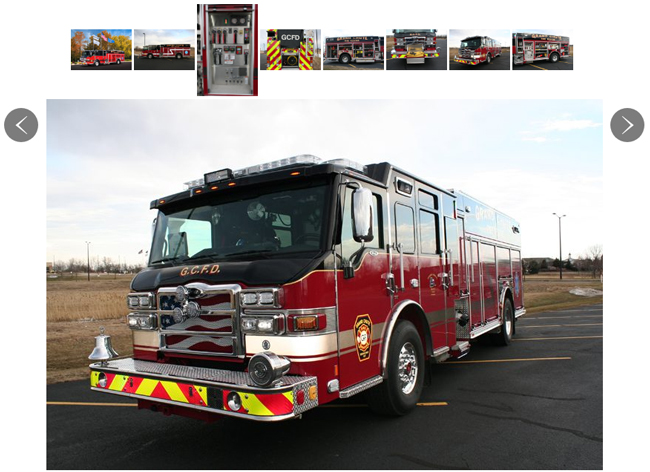 CLICK ABOVE FOR A FULL GALLERY OF THIS RESCUE-PUMPER >>

The Grand Chute (WI) Fire Department covers a mix of urban, suburban, and rural structures in its district, with some nonhydranted residential areas, a high number of multifamily dwellings, a large stretch of Interstate 41, and the Fox River Mall, the second largest indoor mall in the state. And in replacing an engine, the department decided to combine a heavy rescue function and an engine company function into a single rescue-pumper.

“One of the issues we had was our heavy rescue truck was cross staffed by an on-duty engine crew,” says Mike DeBruler, Grand Chute’s assistant chief. “We had to find a way to make that equipment more readily accessible on calls, and took the engine company and the heavy rescue and turned them into a single unit.”

Chad Trinkner, Pierce’s senior director of business development, says Grand Chute is a case study in why Pierce designed the PUC. “We had all the options they were looking for and customized it the way they wanted,” Trinkner says, “from the 84-inch cab with a transverse compartment at the rear for EMS equipment at the back and behind that a transverse equipment storage compartment above the crosslays. They also were able to get the extra-low hosebed, which is less than six feet off the ground.”

Trinkner points out that Grand Chute also wanted to carry a two section 28-foot extension ladder, which meant Pierce had to modify the box that stores the ladder, but because of the PUC’s long body, the rig had enough body length to accommodate the ladder. “I think new residential construction with higher ceilings and roof lines are causing more departments to go to 28 foot extension ladders on their pumpers, because we’ve been seeing a lot more of them,” he says.

The new PUC rescue-pumper has two 200-foot 1¾-inch crosslays, a 100-foot preconnected 1¾-inch hose in the extended front bumper, a 200-foot 2½-inch hose preconnected at the rear, and additional 1¾-inch and 2½-inch dead lay in the hosebed with a Task Force Tips Blitzfire connected to the 2½-inch line. The hosebed also holds 800 feet of 5-inch LDH.

“The driver’s side of the vehicle is set up as the firefighting side,” DeBruler points out, “and the officer’s side and the coffin compartments on top are set up for rescue. This vehicle represents a pretty big cultural shift for our department because traditionally we had run engine companies without generators or scene lighting and relied on the heavy rescue and truck companies for that.”

Leslie Niles, owner of Fire Apparatus & Equipment Inc., who sold the vehicle to Grand Chute, says “the Grand Chute committee and officers really thought this vehicle through. They knew what they wanted, put their needs and wishes on paper, and we built what they wanted. It turned out well and was a good collaborative effort.” Bantes echoes Niles’s comments. “This is a true product of teamwork,” he says, “pulling together the committee, officers, firefighters, the dealer, and Pierce people.”

Niles notes that while the PUC rescue-pumper has a side-mount pump, compared to Grand Chute’s other engines that are top-mounts, she doesn’t think it is much of an issue to the department’s pump operators. “They already have a ladder and a tanker with side-mount pumps, so they’ll get along fine with the PUC,” she observes.

Trinkner sums up the new rescue-pumper by saying, “This PUC is the Swiss Army knife vehicle for Grand Chute, and we’re pleased we were able to give them what they wanted.”