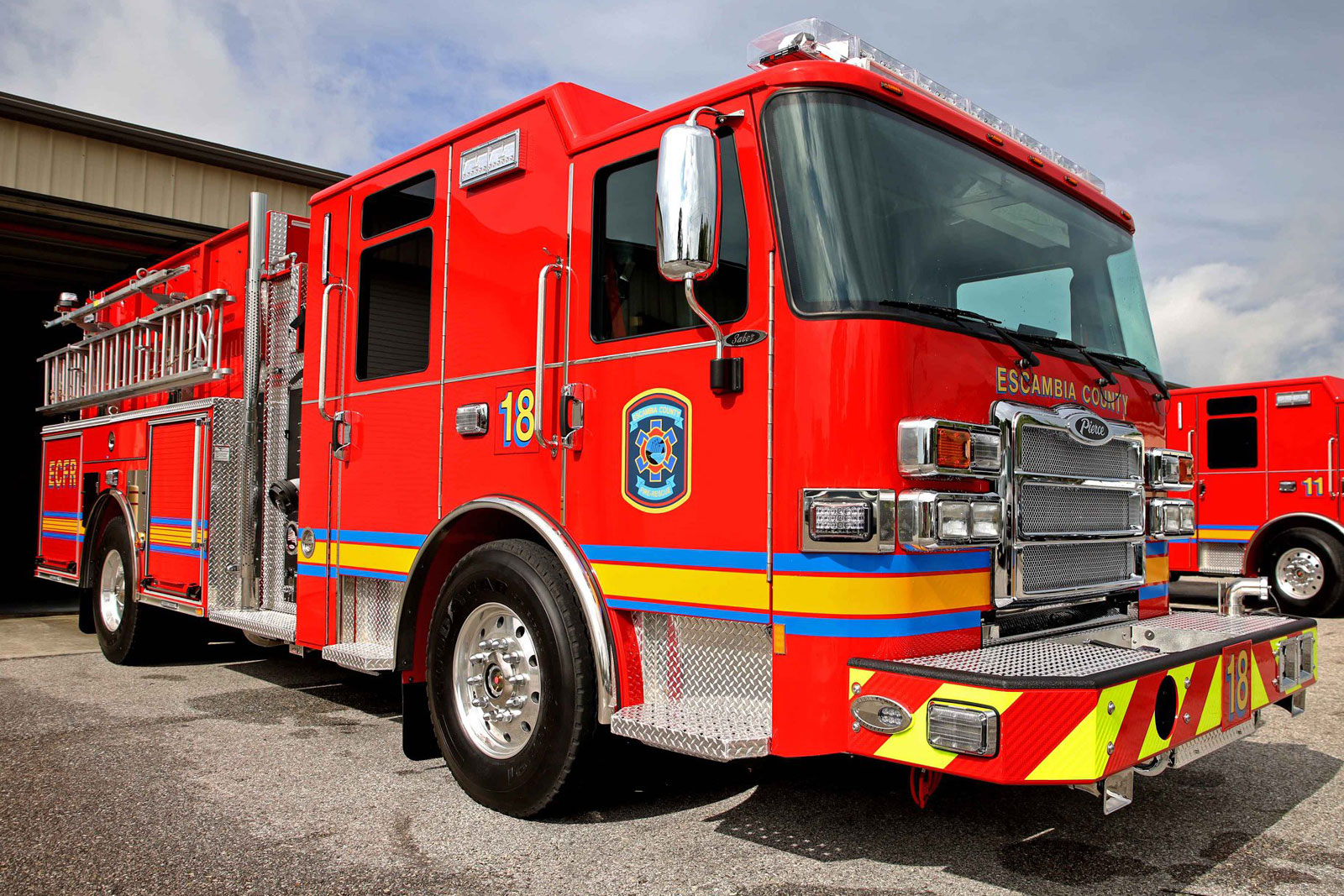 Four new fire engines ordered by Escambia County have been delivered to replace four aging trucks that have in excess of 100,000 miles each, reports NorthEscambia.com.