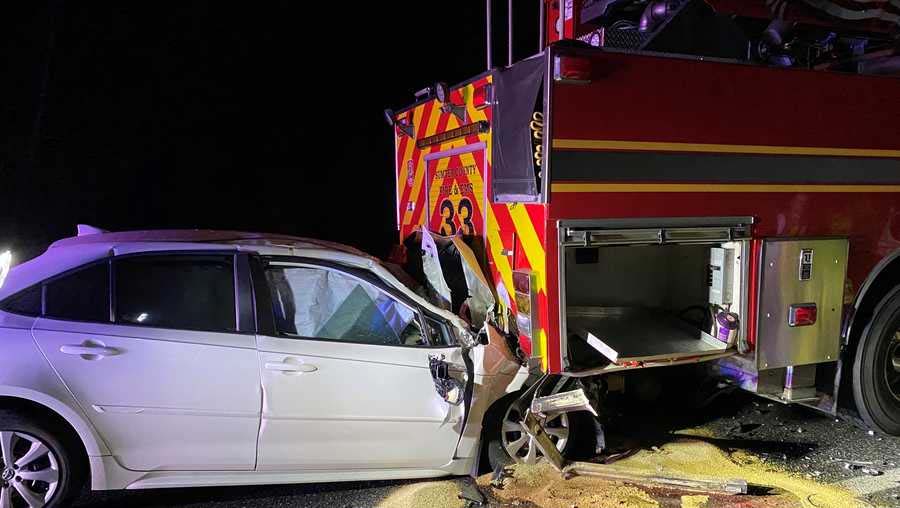 A motorist hit the back of a Sumter (FL) County fire truck, killing a 21-year-old Ocala woman, according to WESH 2.

The television station reported the woman was heading north on Interstate 75 at 2:53 am on Friday, Nov. 12, when the woman rear-ended the fire truck that was stopped in an outside lane due to a previous crash.

The truck had its emergency lights activated at the crash scene, according to WESH, that also reported the woman died at the scene.