Firefighting water enhancers have been around for a number of years, but recent developments have produced suppressants and additives that are biodegradable and able to be used in a wide range of existing firefighting apparatus and equipment.

These suppressants are being used not only for aerial applications in wildland and urban interface situations but also in ground-based wildland firefighting and in structural applications.

Terry Lund, founder of EarthClean Corp. and inventor of TetraKO, says EarthClean’s TetraKO XL-P granulate product is a water enhancer, often called a gel, “that transforms water into a liquid that sticks to vertical and ceiling surfaces and can be pumped through standard fire pumps. Through a dual thickening agent, it manipulates water to the firefighter’s advantage, sticking and staying in the high, hot thermals of 1,500°F to 1,800°F near the ceiling, instead of running down to the ground, resulting in high heat absorption,” he says. Lund notes that in tests, EarthClean has extinguished a fully-involved two-car garage fire with 10 gallons of TetraKO XL-P and water delivered through a standard fire hose nozzle. 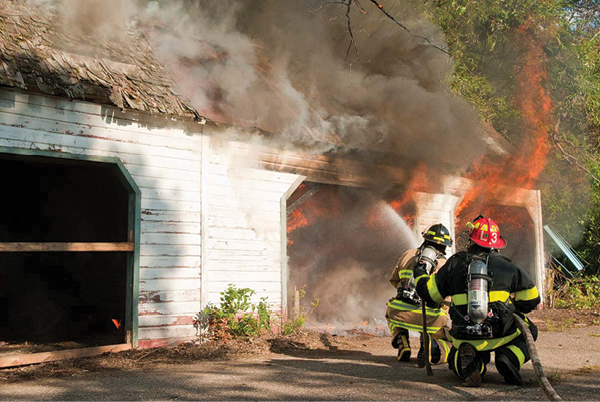 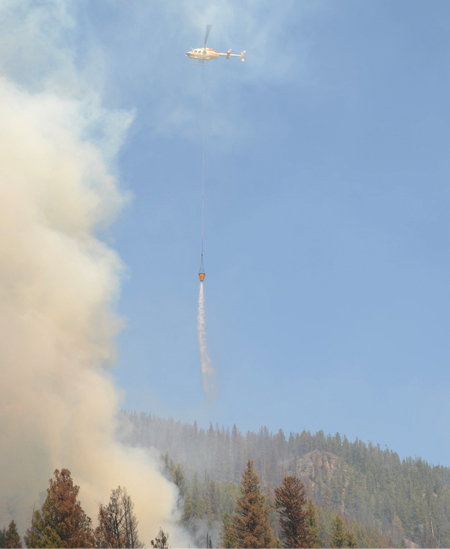 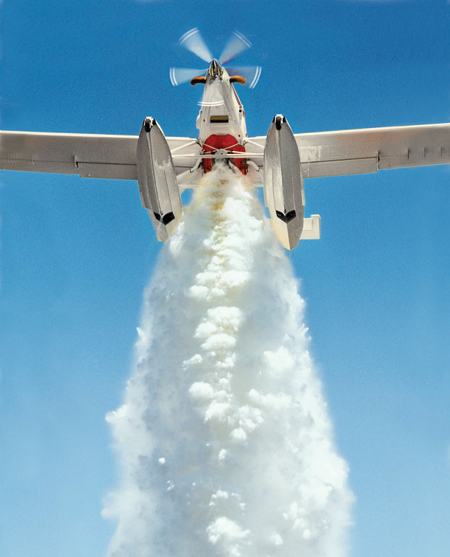 Ron Raley, a spokesperson for PHOS-CHeK, part of ICL Performance Products, notes that the company makes Insul-8 and Aqua Gel K, two products used in both direct suppression and structural or improvement protection. “These products have superior insulating and adhering capabilities and provide a protective thermal barrier to prevent fires from igniting flammable vegetation,” Raley says. “They are effective as long as the water they contain has not evaporated.”

Michael Reger, president of GelTech Solutions Inc., says his company’s product, FireIce, “is a super-absorbent polymer that’s environmentally friendly and nontoxic with good adhesion properties. It binds with water molecules without a phase change, so it does not create steam, and it rapidly cools, looking like applesauce but blocking oxygen from the fuel.” Reger points out that FireIce is being used inline on handlines by the Fire Department of New York, the Boston (MA) Fire Department, the Quincy (MA) Fire Department, and the Nashville (TN) Fire Department.

Reger says that at a recent fire in Boston’s Forest Hills Amtrak station, several transformers were ablaze, and Boston firefighters fought the flames for an hour and a half using Purple K dry chemical powder. “Once they ran out of Purple K, the Special Operations company tried FireIce, shot it over the transformers, and in 15 minutes it was all over.” 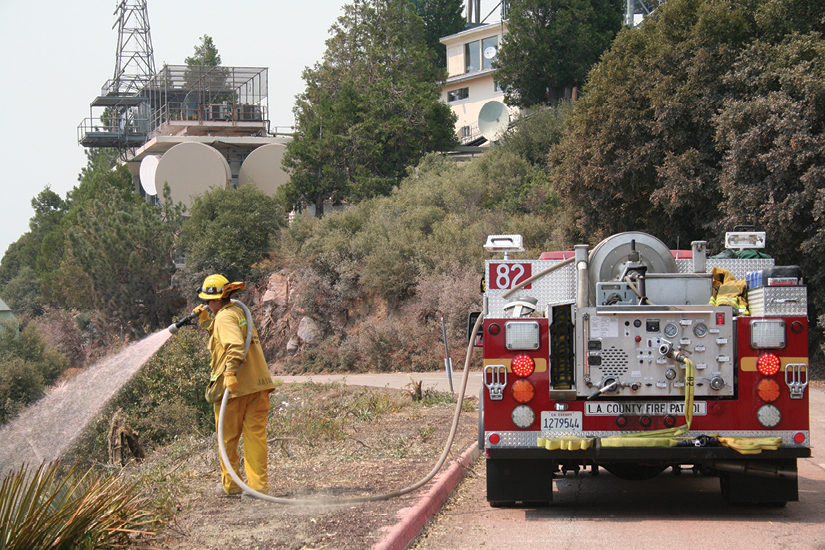 John Bartlett, president of Barricade International, which makes Barricade® II, says the product is approved under United States Forest Service specs as a water enhancer. “Our liquid product has great adhesion and viscosity with no negative nonylphenol ethoxylates (NPEs),” Bartlett points out. “It’s been used a lot in ground service, and we’ve been credited with saving thousands of structures.” Bartlett says Barricade doesn’t recommend putting the product in a fire truck’s water tank but rather using an eductor or injector to mix the concentrate with water near the end of the line at the nozzle.” 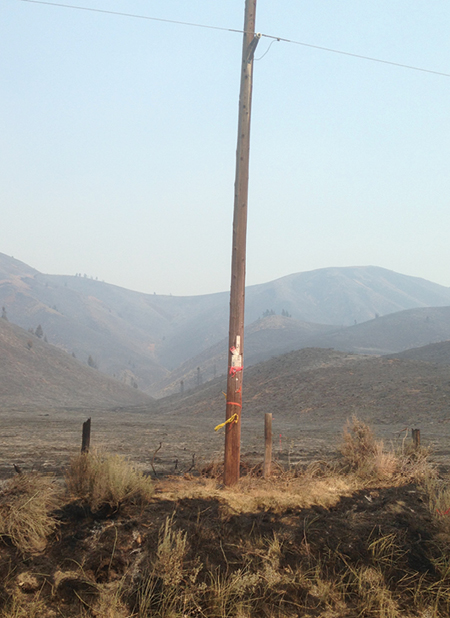 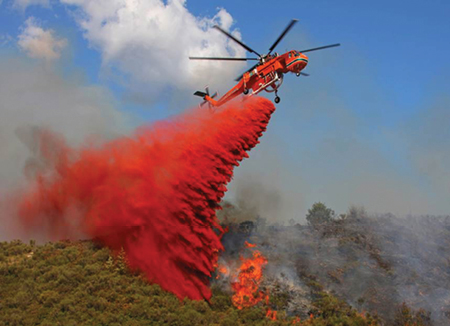 5 A utility pole treated with ICL’s PHOS-CHeK Insul-8 was protected from a wildland fire that burned everything around it. 6 A chopper makes a drop of PHOS-CHeK fire retardant on a wildland fire.

Steve Simmons, vice president of Thermo Technologies, says his company’s Thermo-Gel is a water enhancer gel “that makes a great fire suppressant but also a retardant that wraps around fuels and coats them to retard fire. Firefighters can apply the gel on a structure to act as a suppressant and retardant, and it can last for several hours, as opposed to foam, which lasts less than an hour.” Thermo Technologies also offers FireDos, a water-driven proportioning device that injects and mixes Thermo-Gel into a water stream. “Suppression is good at one percent Thermo-Gel,” he says, “and protection is good at two percent.”

Harlan Johnson, vice president and general manager of G5 BioSolutions LLC, says his company is the sole distributor for the United States and Canada of Blazetamer380 made by Biocentral Laboratories in Australia. “Blazetamer380 has been tested in ground operations by more than 2,300 state, local, and county fire departments around Texas,” Johnson points out. “They have done field testing with the product, and Texas plans on moving to aerial operations this year in Fire Boss aircraft.”

Johnson says Blazetamer380 is an elastomeric polymer that bonds water molecules to each other regardless of water pH or salinity. “Blazetamer380 mixes very readily with water and requires very little agitation,” he notes. “It’s a liquid available in five-gallon pails or 264-gallon totes, is on the qualified products list by the U.S. Forest Service, and is approved for both ground applications and all aircraft types.”

CHEMGUARD makes several products suitable for use on rubber, coal, paper, and many other Class A fuels. These include Class A Plus that, when mixed with water in the proper proportion, changes water’s surface tension so it clings to vertical or horizontal surfaces without runoff, allowing it to absorb more heat and give greater penetration. CHEMGUARD also makes Extreme CAFS foam, a nontoxic, biodegradable Class A foam designed specifically for compressed air foam systems (CAFS). 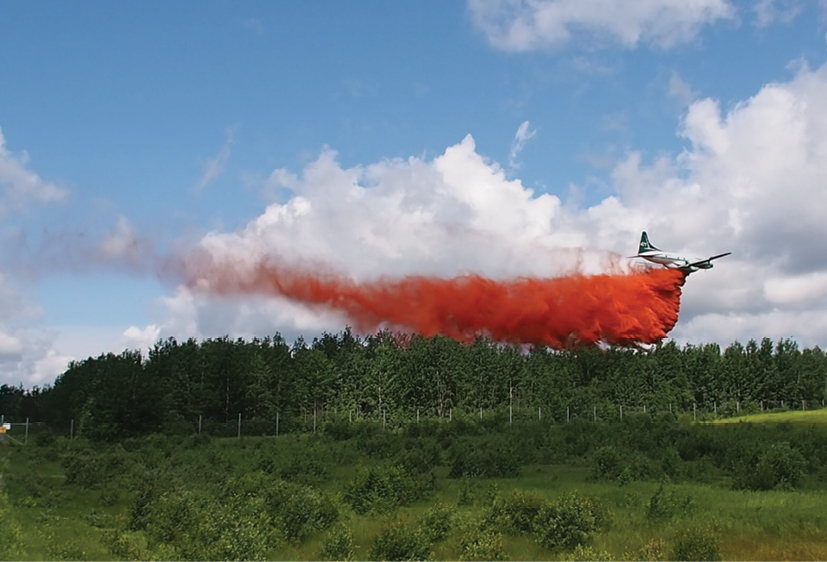 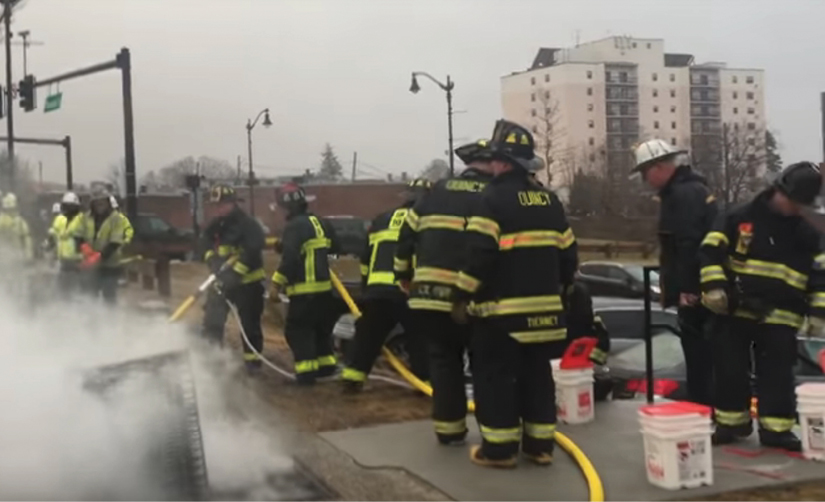 CHEMGUARD’s Silv-ex Plus has proven effective on deep-seated Class A fires, including tire, paper, coal, structure, and wildland fires, as has its Direct Attack firefighting foam concentrate and its ANSUL-A™ municipal Class A fire control concentrate, which uses fluorine-free hydrocarbon surfactants.

ICL makes First Response, a Class A foam concentrate and wetting agent, says Raley, as well as PHOS-CHeK WD881, a concentrated Class A foam product, he notes, and has proven effective in many applications such as CAFS, structural firefighting, wildland fire suppression, mine fires, industrial Class A fires, and hydrocarbon spill fires. 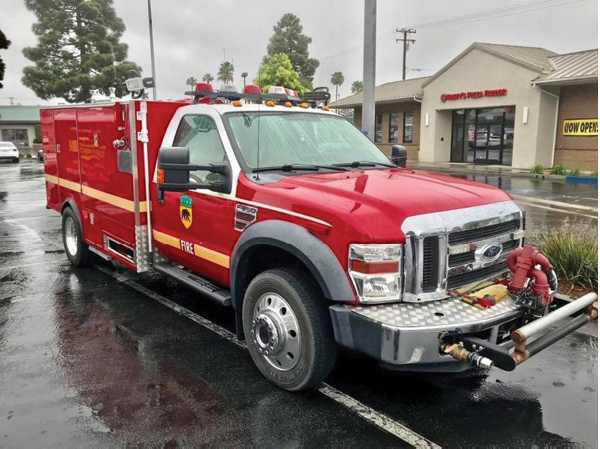 Ranjit Bedi, founder, chairman, and chief executive officer of FireStopper International Ltd., says his company makes FireStopper® AB 40002 FFC, a firefighting catalyst that’s an aqueous, water-based concentrate foam. “It can be applied through every available application for a liquid product, either a water or a foam system,” Bedi points out, “and it can be applied without using a foaming nozzle. FireStopper AB 40002 FFC can be premixed into a water tank to make a stable premix, in one, three, and six percent mixes.”

Bedi notes that the McClinney (FL) Fire Department and the Las Cruces (NM) Fire Department use FireStopper, as does Shell Oil for the heliports on its Gulf of Mexico oil drilling platforms. He says the product is available in five-gallon and 55-gallon containers, as well as bulk totes and rail cars.

Bartlett says that Barricade QuikAtak™ is a product used on wildland fires, typically through a 15-gallon-per-minute (gpm) eductor/nozzle assembly with either a 1½-inch or one-inch fitting. “The user can adjust the flow from plain water to a thin gel to a thick gel,” he notes. “Our AtakPak™ is another way to hold the concentrate, which is a soft canvas backpack that works with the 15-gpm eductor/nozzle.”

For aerial work from both rotor and fixed wing aircraft, Barricade II can be mixed in the aircraft’s tank at the proper percentage or batch mixed on the ground and then pumped into the chopper or aircraft tank or injected into the water in a helicopter bucket operation, Bartlett says. 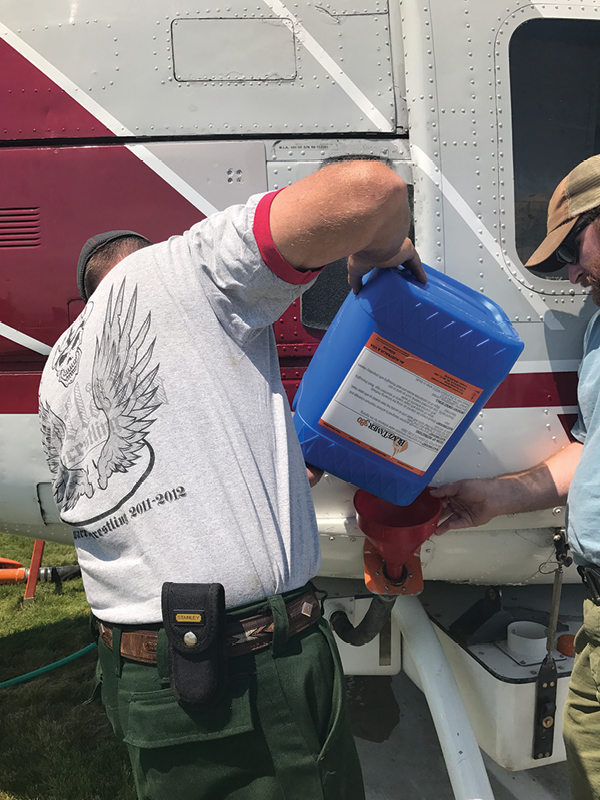 10 Firefighters mix Blazetamer380 into the water tank of a helicopter for use on a wildland fire. (Photo courtesy of G5 BioSolutions LLC.)

Simmons notes that, for air operations, his company adds a blue coloring to Thermo-Gel so firefighters are able to identify where the product has been applied and where it might be necessary to rehydrate it.

Reger points out that FireIce currently is used in aircraft for direct attack on wildland fires in 22 U.S. states and Canadian provinces.