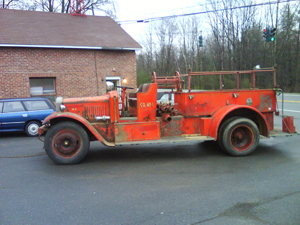 The Olive Fire Department, in Shokan, New York, has restored its first fire truck from 1947. The truck is a 1936 USA Holabird 750 pumper. It was built in Holabird, Maryland, for the United States Army and was stationed at the Plattsburg, New York Barracks and then in Vorheesville Transportation Depot in New York until sold as surplus equipment.

The Olive Fire Department used it from 1947 to 1959 until the engine went bad and it was parked in a firefighter’s barn until 1997 when a group of firefighters decided it would be a great idea to dig it out and restore it.

After many years of fundraisers, raffles, and donations, it has finally been finished. The engine was sent out to Universal Auto in Albany, New York, and once it was running it went to Speedo’s Paint and Body in Hyde Park, New York. It brings back many memories to elder town residents to see this truck out at parades and local functions.

The Cold Truth About Wood And Plastic Cribbing