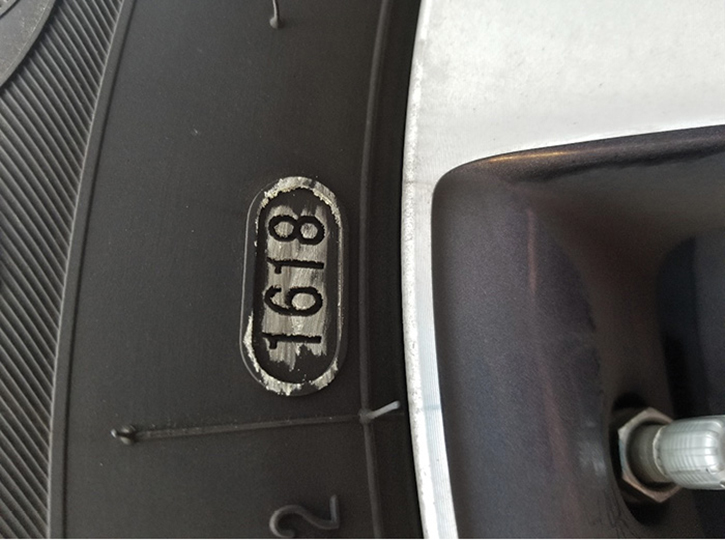 We have spent the past year discussing g-force. Although this is a long time to spend on one topic, the issue is critically important. Countless firefighters have been killed and injured in rollovers or curve-related vehicle crashes.

Fire apparatus tires are some of the most important safety components of the vehicle, yet they are often the most neglected. Many fire departments conduct “tire checks,” but these checks often consist of someone walking around the vehicle to make sure that none of the tires appear to be flat. Other departments may add a high-tech method for checking the tires, such as a quick kick of the foot or a thump of the tire with a heavy rod.

The reality of the situation is that these low-tech tire monitoring systems are far from accurate. Instead, tires must be thoroughly examined on a routine basis. These examinations should include a detailed look at the tire tread and sidewalls; a quick check of the tire’s age; and, most importantly, a check of the tire pressure. Failing to conduct a routine check of the tires can result in an unsafe operating condition, which could lead to a tire-related vehicle crash.

We will start this multipart series discussing the issue of tire age. National Fire Protection Association (NFPA) 1911, Standard for the Inspection, Maintenance, Testing, and Retirement of In-Service Emergency Vehicles, 8.3.6 states that tires must be replaced every seven years. Although this recommendation has become controversial within the fire service, studies have shown that older tires have a greater chance of failure than newer tires. This is because rubber tire components dry out, dry rot, and break down over time.

Anyone who may have inherited an older vehicle from an elderly relative may have experienced such issues. I once inherited a 10-year-old car with only 26,000 miles on the odometer. As a poor college student, I thought this was the greatest thing ever. However, soon after I started to drive the car on a regular basis, I had two incidents of tire blowouts at highway speeds. The tires blew out because they were old and dry rotted, making them much more susceptible to tire failure, especially under the heat and rigor of high-speed driving. Fortunately, I recognized the problem and purchased a new set of tires before I crashed the car and paid with my life.

HOW OLD ARE YOUR TIRES?

If there is only a three-digit code, the tire was made before the year 2000. In this case, the first two digits are the week of the year and the last digit is the last number of the year the tire was made. For example, if the tire code reads “423,” it was made in the 42nd week of the year 1993, 1983, or 1973. Tire manufacturers were not required to put this information on a tire prior to 1971, even though some manufacturers may have done so anyway. Either way, if you have a tire with a three-digit code or no code at all, replace it immediately.

3 What condition are your trailer tires in? Everyone tends to forget about the trailers and specialized vehicles that are rarely used or that are parked outside. Make sure to include these tires in your regular checks. Usually, when these trailers are needed, it’s a significant emergency, and the trailer better be ready to get to the scene safely.

When checking the age of the tires, it is extremely important to check the age of ALL the tires. This includes the inside dual tires as well as the tires on the trailers and specialty vehicles that are often sitting in the back lot of the firehouse. Some of the worst tires I have ever seen were on a special service trailer that no one pays attention to until it is being towed to a high-priority call once every five years. As the trailer is being towed on the highway, the 15-year-old underinflated tire blows out and no one can figure out why (photo 3).

Fortunately, tire age is not a hard issue to keep track of. Unlike tire pressures and tread depth, which can change day to day, tire age does not. When purchasing the apparatus or swapping out for new tires, ensure that someone documents the date of manufacture. This could be done using a spreadsheet, maintained by a chief or fleet manager, or it could be as simple as putting a sticker on the VIN plate that clearly shows the tire manufacturing date. Now, instead of having to get down on your hands and knees and check the tire’s age each time the apparatus is inspected, there is a master document that already contains the information.

Just make sure there is some way for the chief or fleet manager to know when it is time to buy new tires. Putting this information in a computer document and never looking at it again will not solve the problem. And, even if a department uses a sophisticated system such as a computer file, trained drivers should still take note of the tire age from time to time during a routine vehicle check. This will ensure that the department keeps more than one set of eyes on the problem.

The issue of tire age is controversial in the fire service because many of our apparatus don’t run enough calls to significantly wear down the tire tread. Instead, many apparatus have 10-year-old tires that still have sufficient tire tread. As many of us have been taught to replace tires based purely on the depth of the tire tread, there appears to be no reason to spend thousands of dollars to replace the tires.

Unfortunately, the issue of tire replacement is more complicated than the depth of the tread. Ultraviolet light, ozone in the atmosphere, and other issues that degrade the rubber tire compounds will constantly attack the integrity of the tire and make it more prone to catastrophic failure. For this reason, fire departments and fleet managers must keep close track of tire age and ensure that tires are replaced at least every seven years. Failure to do so can result in a serious fire apparatus crash that results in injuries and fatalities.

In addition to the possibility of serious injuries and fatalities, imagine the liability a fire department may face if it was operating a fire apparatus with “expired” tires. For a great discussion regarding the issue of tire replacement, read the final NFPA report titled “Automotive Fire Apparatus Tire Replacement” (https://www.nfpa.org/News-and-Research/Data-research-and-tools/Emergency-Responders/Automotive-Fire-Apparatus-Tire-Replacement).

There is no doubt that tires are expensive, and it may be frustrating to have to replace tires that appear to have plenty of life left in them. However, it is important to understand that many of the issues related to tire degradation are unseen. If a fire department does not account for these issues and continues to operate vehicles with old and outdated tires, it is tempting disaster.

Chris Daly is a 23-year police veteran currently serving as a patrol supervisor in West Chester, Pennsylvania. He is an accredited crash reconstructionist (ACTAR #1863) and a lead investigator for the Chester County Serious Crash Assistance Team. In addition to his police duties, he has served 29 years as both a career and volunteer firefighter, holding numerous positions including the rank of assistant chief. He has a master’s degree in environmental health engineering from Johns Hopkins University and is a contributing author to numerous fire service publications including Fire Apparatus & Emergency Equipment and Fire Engineering. He has also developed an emergency vehicle driver training program entitled “Drive to Survive,” which has been presented to more than 22,000 firefighters and police officers across the United States. He is the author of the book Drive to Survive–The Art of Wheeling the Rig (Fire Engineering). Additional resources concerning emergency vehicle crash reconstruction and seminar scheduling can be found at his Web site www.drivetosurvive.org.