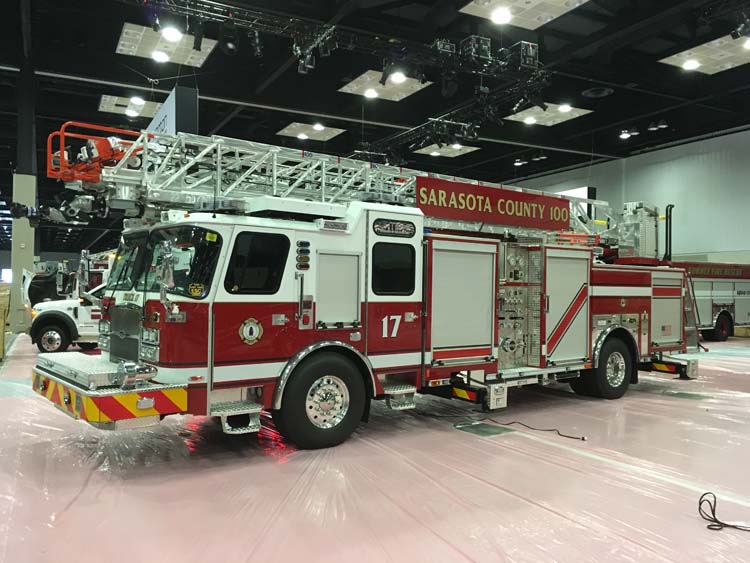 Since 1985, Sarasota County Fire Department has been a loyal E-ONE customer, and has purchased over 35 E-ONE fire trucks. The new E-ONE Metro 100 Quint is the latest addition to Sarasota County’s fleet, demonstrating its confidence in E-ONE as a buyer of the first unit. E-ONE is featuring a sneak peak of the Metro 100 Quint at the FDIC International 2017 in Indianapolis, IN, April 27-29th, 2017.

The Metro 100 Quint features include:

Additional feature that are specific to the Sarasota County Fire Department include:

Sarasota County Fire Department. Sarasota is located on the west coast of Florida and operates 29 Fire/EMS stations where they run over 60,000 Fire and EMS calls annually.

“Departments that operate in congested areas will find great value in the new Metro 100 single axle Quint,” says E-ONE Product Manager, Joe Hedges, “Its compact size gives them the ease of maneuverability while providing a 100’ aerial, pump, tank, hosebed and generous ladder complement. As an added bonus the narrow jack spread of only 11′ allows the unit to set up in limited space.”