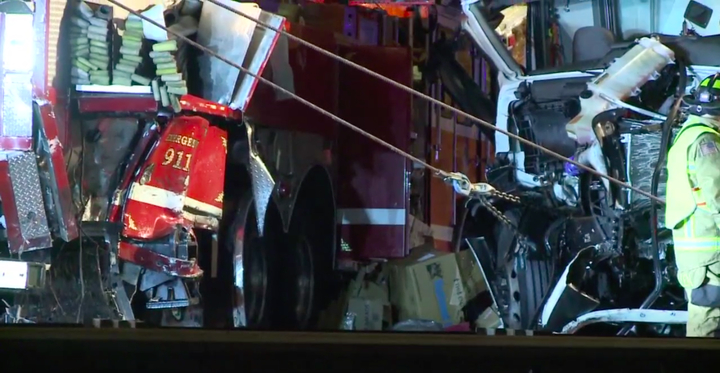 Firefighters spent much of the day retrieving and trying to salvage what they could from the now totaled ladder truck that was involved in a fatal accident, reports 11 Alive.

The fire truck was being used as a barrier to protect other emergency vehicles and workers. About 20 minutes after they arrived on the scene, a tractor-trailer smashed into the rear of the fire truck.

The deadly accident is not the first one in recent months involving emergency vehicles and construction vehicles on metro Atlanta interstates.

In May, an Atlanta firefighter was struck in a wreck on I-85 near Cleveland Avenue.