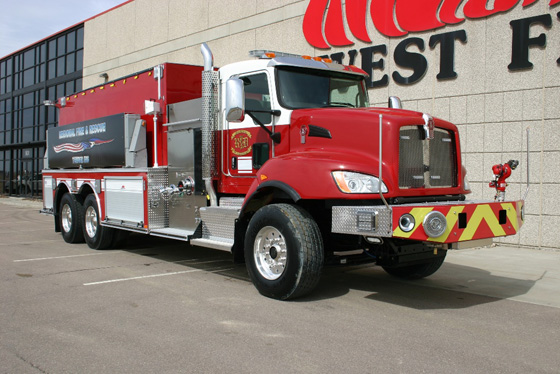 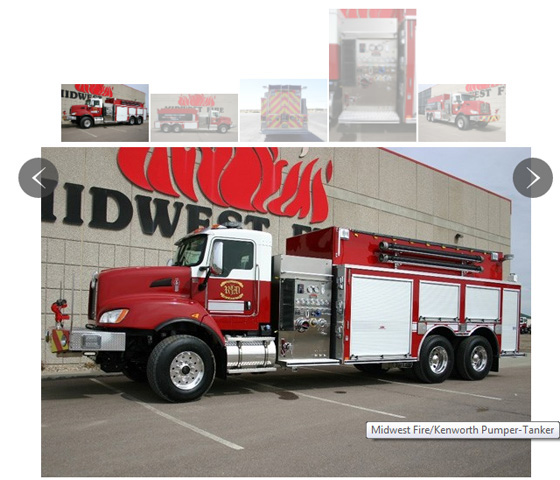 In Arizona, there are large swathes of desert populated by rural residences and the occasional commercial structure, and that’s the fire protection area of the Regional Fire & Rescue Department faces in providing fire and rescue service to a large perimeter around Casa Grande, Arizona, in the south central part of the state.

The department serves an area of 96 square miles with a population of about 8,000 population out of a single station on a subscription basis with a combination of four full-time paid firefighters and 18 paid-on-call and part-time firefighters. Steven Kerber, the department’s chief, says the department applied for a Federal Emergency Management Agency (FEMA) grant eight years in a row before finally having a grant awarded. “The cost of apparatus is a big factor that we consider when we are purchasing,” Kerber says. “We had to replace an old tender (tanker) and investigated what was available. A neighboring department south of us, the Green Valley Fire Department, got a couple of tenders a couple of years ago from Midwest Fire, so we traveled down there to evaluate them.”

Kerber notes he was pleased with what he saw in the Midwest tenders and drew ups specs for a Regional Fire & Rescue tender. “We talked with a number of manufacturers,” he says. “After we issued the specs, we received three bids, but went with Midwest Fire because they most closely met our specs.”

The resulting vehicle is a pumper-tanker on a Kenworth T470 two-door chassis powered by a Paccar PX-9 380-horsepower diesel engine and an Allison transmission and carrying a Darley LSP 1,000-gallon-per-minute (gpm) pump for pump-and-roll, and a 3,500-gallon APR Plastic Fabricating polypropylene water tank.

Brett Jensen, vice president and general manager of Midwest Fire, says the fire truck has a 3/4-inch thick aluminum substructure under the tank and body to provide for long life of the vehicle and that Midwest Fire also put notches in the water tank to allow for compartmentation of six self-contained breathing apparatus (SCBA) cylinders in the front driver’s side. “The pumper-tanker also has a Elkhart Brass Co. Sidewinder 1,000-gpm monitor on the front bumper to handle brush and wildland fires,” Jensen points out. “On the officer’s side, there’s a Zico electric portable tank rack that holds a 3,500-gallon portable water tank. At the rear of the vehicle is a 10-inch Newton dump valve.”

Kerber notes that his coverage area includes a 30-mile stretch of Interstate 8 and an eight-mile section of Interstate 10. “There are many vehicle and roadside fires in the areas encompassed by those interstates,” he says. “Our new pumper-tanker is well-suited to respond to those types of incidents, replacing a 1984 International tandem-axle 4,000-gallon elliptical tanker.”

Kerber says that the department went with the Kenworth chassis because “it was a robust chassis that we felt could handle the pump and tank we wanted on it. And, the Darley pump on the vehicle allows us the option of doing pump-and roll.”