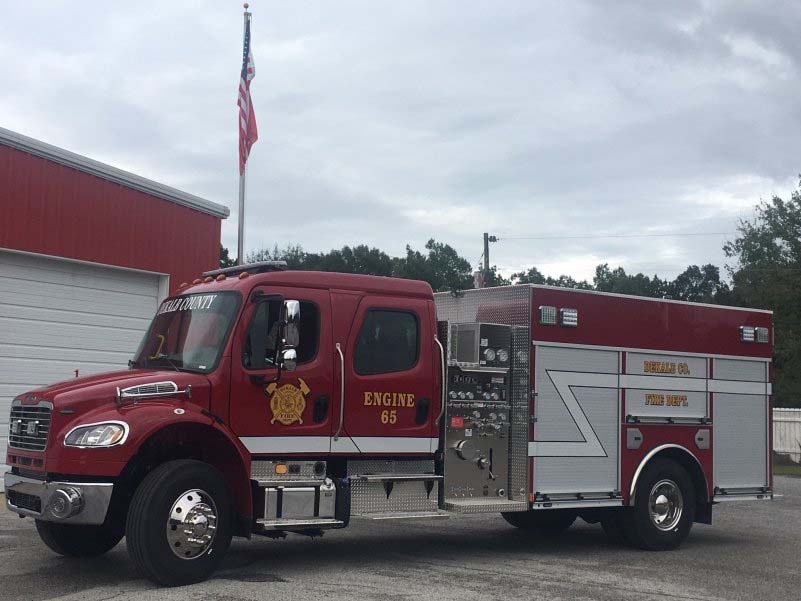 Firefighters with the DeKalb County (TN) Volunteer Fire Department are preparing to receive a 2021 E-ONE demo fire pumper built on a Freightliner cab and chassis, partially funded with money from a federal grant, according to a report published by WJLE radio station.

WJLE reported the demo truck will go into service at the Liberty Station and was purchased with funds from the Community Facility Services Grant under the USDA Rural Development Program. The grant was for $137,500 and the community matched the grant with $115,000 from taxpayer funding to meet the cost of the new truck, according to the report.

DeKalb volunteers had hoped to find a brand new apparatus, but budget limitations would not cover that expense, so the demonstrator with 4,000 miles was selected, the radio station reported, adding that the apparatus is basic with the firefighters needing to purchase shelving and loose equipment, like hoses, axes, flashlights and other loose equipment. The sale of three homemade fire trucks will help fund the purchases to get the apparatus into service, according to the station.

The engine the demonstrator replaces, a 2006 model, will be sent to Temperance Hall Fire Station and the 1996 model from that station will be moved to Austin Bottoms Community Fire station to replace a 1987 model that will be moved to reserve and the 1979 model that’s currently in reserve will be removed from service and sold, the radio station reported.