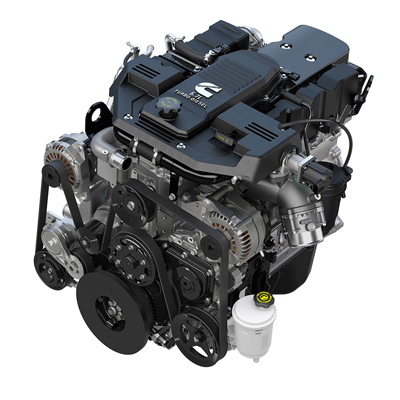 COLUMBUS, IN—Cummins Inc. announced that it has received certification for its 6.7-liter turbo diesel from the California Air Resources Board (CARB), meeting the Low-Emission Vehicle III (LEV III) standards. This new standard applies to all vehicles of less 14,000 pounds GVWR. The Cummins 6.7-liter turbo diesel powers the Ram Heavy-Duty lineup, and is the first medium-duty diesel engine in the 8,501- to 14,000-pound GVWR segment to be certified to the new 2015 LEV III standards.

Under LEV III, the nitrogen oxide (NOx) and non-methane organic gas (NMOG) standards are combined into a single NOx+NMOG standard, along with extension of emissions-useful life to 150,000 miles for emissions control systems. LEV III standards also introduce more stringent NOx+NMOG fleet average requirements, which phase in from MY 2015-2022 for all medium-duty vehicles. These new standards were adopted by the Air Resources Board (ARB) in January 2012.

This comes as Cummins implements its most comprehensive environmental sustainability plan ever. The plan, announced in early 2014, builds on past successes to address the company’s biggest opportunities to make a positive environmental impact – from the materials it buys to its products in use. The plan also includes specific goals for Cummins to reduce its environmental footprint.