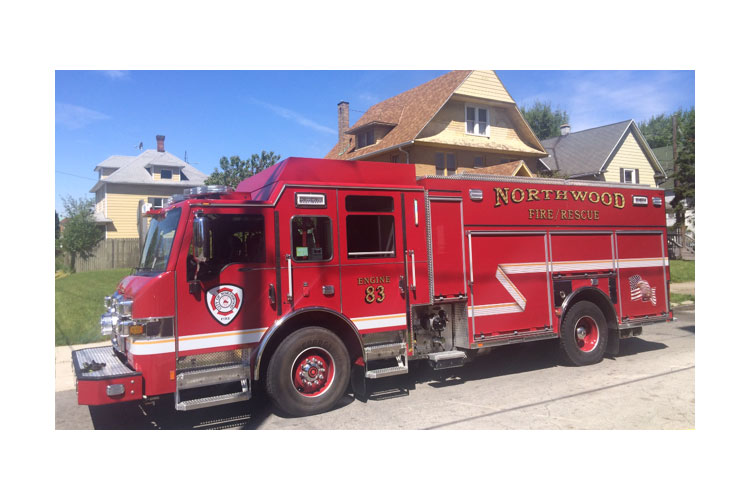 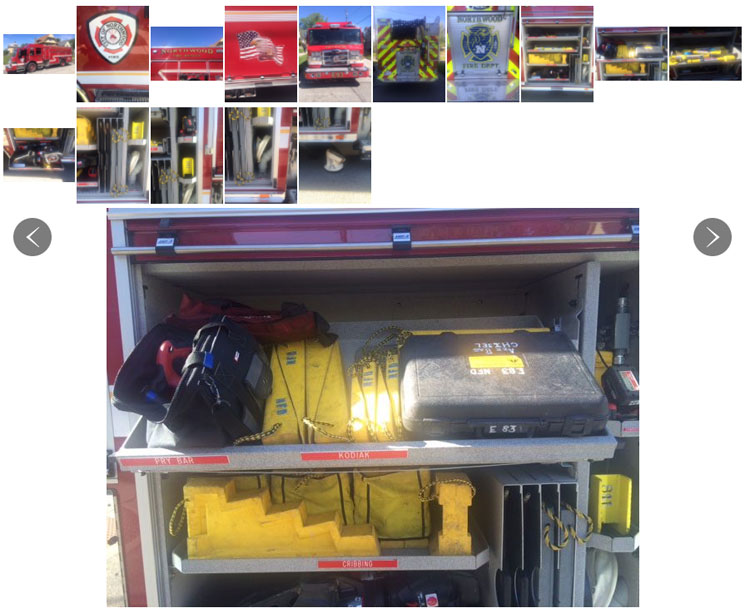 CLICK ABOVE FOR THE ENGINE 83 GALLERY WITH HIGHLIGHTED COMPARTMENT >>

The Northwood is located in Wood County, Ohio. It is a suburb of the Toledo and sits just southeast of the city. It is also situated in the Maumee River Valley region. In earlier times, the area comprised water masses that have dried up. In turn, the rich lake sediment soil makes the area well known for its farming, produce, and orchards. The area also has a robust network of train tracks that were used to transport the fruits and vegetables to market. Today Northwood is a striving community of single- family homes, townhouses, condominiums, and light commercial occupancies. The city was once know as Ross Township but was renamed Northwood when it became a “home rule” city; its name is derived from the city being the northern most part of Wood County.

The Northwood (OH) Fire Department provides fire, rescue, and emergency medical services to its citizens. The department operates out of two stations: station 82 and 83. It is a  combination department with two firefighters on duty 24 hours a day, seven days a week and a part-time and paid-on-call staff. The department is directed by a part-time chief who oversees all operations of the department. The chief is assisted by a part-time deputy chief, a district chief, and a captain. The two paid 24/7 firefighters respond to all runs, perform day-to-day tasks in the firehouse and maintenance to the equipment and apparatus, provide fire prevention duties, and handle public relations affairs. The department covers portions of Interstates 75 and 280. The department provides automatic and mutual aid to surrounding cities and towns. The department is also very fortunate to still have its first piece of fire apparatus, a 1945 Ford with a 1946 Mercury flathead engine and 800-gallon tank. The apparatus, known as “Old Betsy,” was originally donated to the department by the Hirzel Canning Company. To see photos of this and the department’s other apparatus visit www.northwoodfire.com

This edition of “Compartment Corner” covers Northwood’s Engine 83, a 2017 Pierce Impel PUC rescue-engine with TAK-4 suspension, a 750-gallon water tank, and 30-gallon Class A foam tank. Engine 83 is equipped with a raised-roof cab and roll-up compartment doors. Also on the upper portion of the rig are coffin compartments that hold various types of tools and larger pieces of equipment. It has a TFT Hurricane electronically controlled deck gun on the top of the body and a light tower on top of the cab.

The unit is painted red with a large white and small gold reflective stripe running along the bottom of the cab and crew cab. The stripe then continues low onto the first roll-up door where it reverses and goes into a diagonal upward pattern. Then it continues horizontally across the upper section of the body to the rear of the apparatus. On the front cab doors is the department patch, and on the rear roll-up compartment doors is a 9-11 memorial tribute consisting of the American Flag, a Bald Eagle, and the Twin Tower skyline with 343 embedded over the towers. On the crew cab doors in gold leaf stickers are the unit’s ID, Engine 83, and with the same stickers Northwood Fire/Rescue is on the upper portion of the rescue body. The front of the rig also has a patriotic look with the grille painted in an Old Glory motif. The rear of the rig has the DOT reflective chevron stripes and a unique symbol on the rear compartment roll-up door. It’s a sticker of Northwood high school’s logo: a Ranger on a horse with a large “N” with three stars makes up the center of the Maltese cross. Personnel not only thought of this logo as instilling more esprit de corps in the department but also hope it instills more community pride in Northwood.

The front compartment on the officer’s side of the rig, just past the pump panel, is a tool and extrication compartment. The upper shelf pulls out and pivots downward when the releases are disengaged. On this shelf, starting from left to right, is a Milwaukee tool bag that contains the following 28-volt tools: a cordless circular saw with 4-inch diamond blade that works well on automobile windshields and a cordless drill with assorted bits and accessories. Next is an assortment of angle cribbing and a larger black tool box containing the air bag and air chisel controls. Also on this shelf is a red tool pouch containing some smaller hand tools. On the next shelf, a pull-out and hinged shelf, are Genesis Kodiak rescue struts used to stabilize vehicles at auto accidents. Located just below this shelf is a cribbing shelf with a set of plastic step chocks and three sturdy bags of cribbing. The canvas bags allow a good amount of cribbing to be quickly carried to the scene by a member for a box cribbing operation. On the lowest shelf, also a pull-out, are Genesis “E” Force hydraulic extrication tools and a Milwaukee reciprocal saw.

Northwood and its citizens are very lucky to have a dedicated group of firefighters providing fire, rescue, and medical services to the community and that they operate modern and well-equipped fire apparatus like this new rescue-engine.