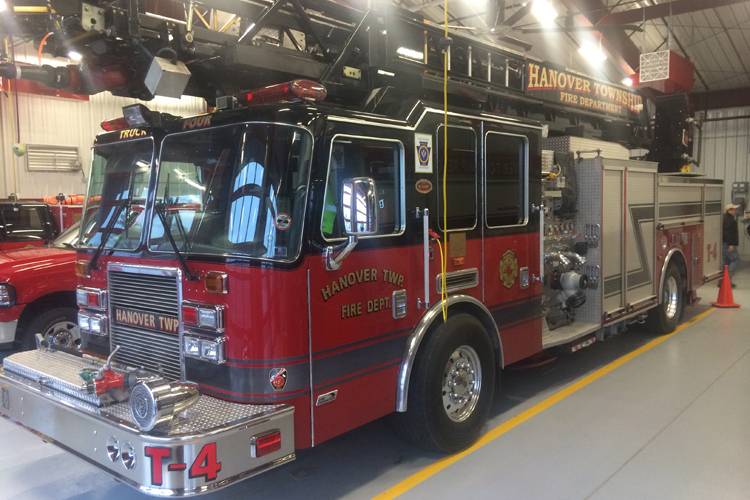 Hanover Township lies in the picturesque Wyoming Valley on the eastern bank of the Susquehanna River. It is tucked in between the cities of Wilkes-Barre and Nanticoke and has 11 villages, which are located in Luzerne County in the Northeast section of Pennsylvania. Early settlers once used these lands for farming but soon after learned that the area was rich in anthracite or better known as “Stone Coal” because of its toughness. The area was once rich in mining the material and originally was shipped on boats through canals until the arrival of train transportation. Unfortunately the material no longer is mined as it once was, but small areas still exist as well as abandoned mines, shaft ways, and tunnels beneath the earth’s surface.

In January 2018, the Hanover Township (PA) Fire Department had a ribbon-cutting ceremony and opened its new fire station, which cost $3 million. There were some slight delays in building the station because during excavation operations a large open shaft from previous mining efforts was located. Numerous tons of material were needed to fill the site so the station could be built. An old timer and neighbor to the station let the members know that years ago he could hear when mining was being performed under his home. Once the station was built, the department downsized from five fire districts and stations to three. The new station now has consolidated the Lee Park, Breslau, Hanover Green, and Preston fire districts. The Newtown district serves as the north station as the Warrior’s Run Borough serves as the south station. 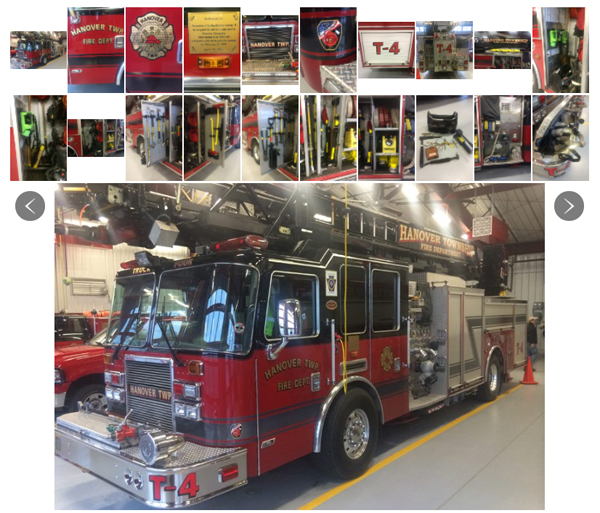 Truck Company 4 is a 2008 KME Predator Quint, with a 75-foot aerial ladder, Hale 1,750-gpm pump, and 500-gallon water tank. It is powered by a Caterpillar engine and Allison automatic transmission. Its cab has seating for eight firefighters with six SCBA seats. The rig’s rear hosebed carries 800 feet of five-inch large-diameter hose. Located just behind the crew cab are four crosslay hosebeds. Three of the slots are handlines while the last is set up with a TFT Blitzfire portable deluge monitor. The front bumper has two handline options: a 2½-inch attack line is preconnected to the front gated wye, while the other is a 150-foot 1¾-inch Class B foam line with a POK piercing nozzle.

The rig is painted black over red with the aerial ladder also being painted black. The aerial has large gold leaf Hanover Township Fire Department signage attached to both sides of the bed section of the aerial. It’s ROM roll-up compartment doors aren’t painted, but the rig’s black reflective striping runs along the lower side of the front compartment where it transitions diagonally upward and runs towards the rear of the apparatus. The striping is a large black stripe that has a narrow stripe above and below it, it runs along the lower side of the rig’s crew cab. On the two rear side and back-step roll-up compartment doors, large T-4 stickers are attached. The T-4 signage is also attached on the ends of the front bumper. On the crew cab doors there are gold leaf Maltese crosses, and on the front cab door signage states Hanover Township Fire Dept. The front chrome grill has gold leaf Hanover Twp that splits it into an upper and lower section. The rig also boasts a dedication plaque to the members who had the foresight to recognize the need for a ladder apparatus “for the good of the community.” The department’s apparatus also have the State of Pennsylvania accreditation stickers on the crew cabs as well as its patch in a unique position on the lower front section of the cab near the bumper.

On the officer’s side of the rig, the department members refer to the large roll-up compartment just behind the pump panel and discharges as the “garage door.” It is unique and since this side has only two compartments because of the hosebed, the roll-up door looks larger than normal. The compartment is a large tool and main forcible entry tool storage area; it has two large vertical roll-out racks and three cubicle storage nooks. The compartment also boasts storage on the side walls and rear walls.

Starting from the left hand side of the compartment, the wall is equipped with three rechargeable hand lights, two broom handles for brooms and squeegee heads, which are also stored at the side or at the bottom of the wall. Next to this equipment is a flat-head shovel in a bracket on the back wall. In between the spacing of the side wall and first vertical pull-out is a unique “irons package;” a tool bag has been put together holding many forcible tools and it sits on the compartments floor. The bag enables firefighters to carry a host of equipment quickly to the scene depending on the occupancy they are responding too. It has the following tools in it: a “K”-tool and picks, hydra-ram, duck-bill padlock breaker, “O”-tool, elevator keys, some screwdrivers ,and a chain and vise-grip for cutting padlocks.

On the first vertical pull out shelf facing the rear of the rig, are three spare SCBA with face pieces in protective pouches. On the opposite side of this pull-out are four “D”-handle hooks: an Eckert hook, sheet-rock rake, a pike pole, and a multi-hook. On the right side vertical pull-out’s rear side are two pike head axes, one sledgehammer, and the bridle for the lifting/high point anchor component of the aerial ladder. The front side of this vertical pull-out has two “D” handle closet hooks, a bolt cutter, Dragon Slayer tool, and a Biel Tool mounted on it.

On the permanent wall divider, there is a sledgehammer and two sets of irons mounted to the wall and The Pig tool is stowed between these sets. On the rear wall in this space is a utility bag of rope. There are three cubicle spaces on the right side of the “garage.” On the upper shelf, there are donut rolls of hose consisting of four rolls of 1¾-inch and one three-inch section. On the middle shelf is the TFT PRO/Pak foam applicator, a box of extra POK extension pieces, and five gallons of six percent foam concentrate. In the bottom cubicle, there are two pony lengths of five-inch hose for hydrant connections or when a short length is called for. Mounted above the “garage door” is a plastic Stokes basket used to remove victims when needed or for use with the RIT team. The garage compartment is set up by the members for ease of forcible entry operations and to assist combat fires where foam is called on. Plus with the variety of equipment in there, it truly resembles a garage.

Hanover Township is a historic area in a beautiful valley setting with a department that is blessed to be operating out of a state of the art firehouse with good apparatus, equipment, and tools. We wish the department luck in all of their future endeavors as it beginx to build new traditions and memories in its new station.