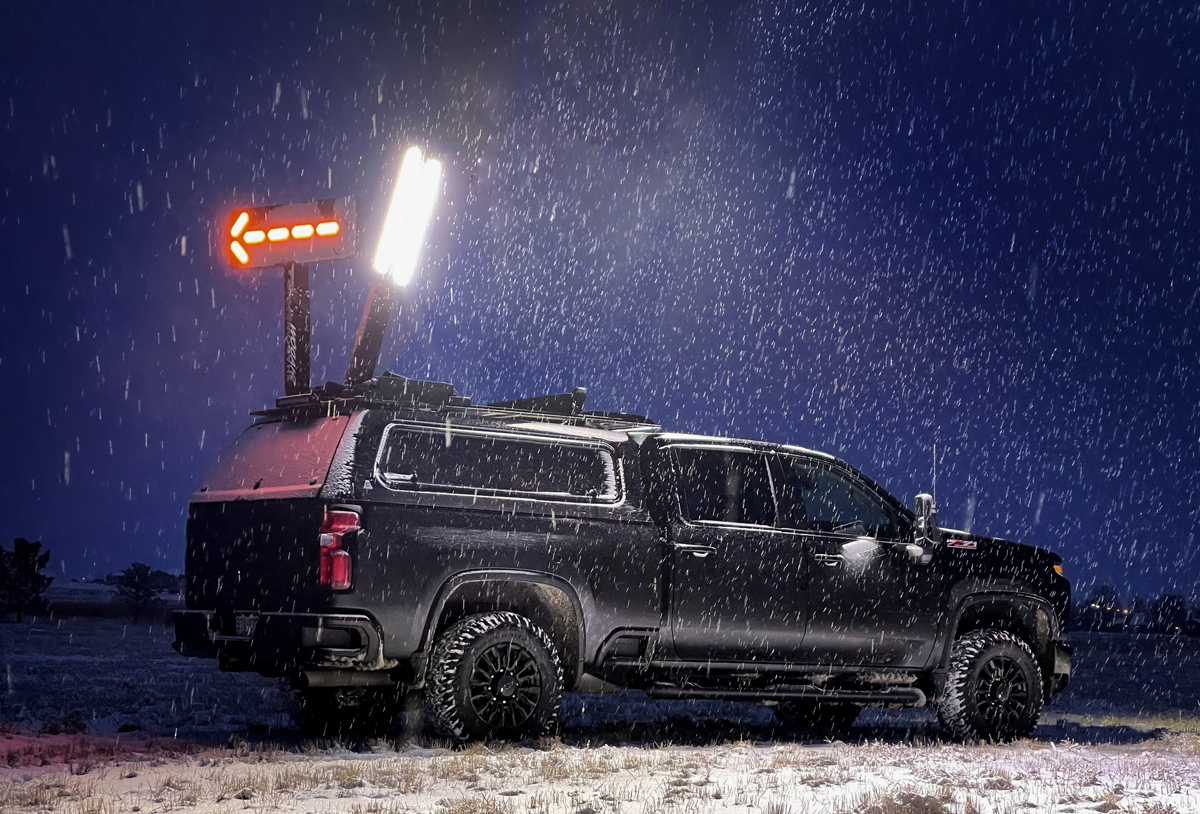 The SL Slim can be specified with optional strobe, optional camera or custom color.
This new light tower touts Command Light’s patented (US Patent #5303621) movement, which allows the SL Slim to be raised and rotated into endless positions to illuminate dark ditches, mountain slopes and other terrain. The SL Slim is also able to overhang the side of a vehicle in Command Light’s exclusive streetlight position to light work areas and prevent shadows near the side of the apparatus.

All Command Light towers deploy in less than 15 seconds with the push of a button, and the light tower stows just as quickly and easily with the unit’s standard
one-touch auto-park feature. For a virtual demo of Command Light’s patented design, visit commandlight.com/demo.

Command Light, located in Fort Collins, CO, has specialized in scene lighting for the emergency industry for more than 25 years and features only the best light towers, compact scene lighting, traffic flow boards and other safety lighting products. Command Light’s towers are available in a variety of configurations, including AC or DC, different tower bases, varying output choices and a long list of options, like backlighting to illuminate both sides of the scene.