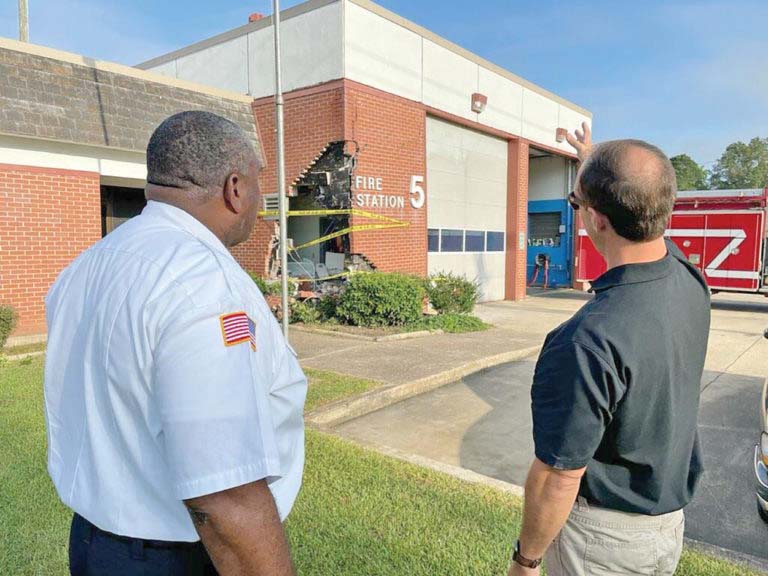 No injures were reported after a pickup truck hit a Columbus, MS, fire station but the building sustained significant damage, according to a report published by WCBI.

The television station reported the driver of a pickup truck reportedly fell asleep at the wheel and ran off the road before she slammed into the fire station at about 60 mph.

There were three firefighters in Station 5, on Lehmberg Road at the time of the crash which happened at about 2 am on Wednesday, Sept. 8.

A structural engineer has been called into to do an assessment of the damage and make a report to the insurance company, the station reported. Preliminary estimates suggest that 90 percent of the building remains intact, but the firefighters and equipment has been moved out and relocated, according to the report.