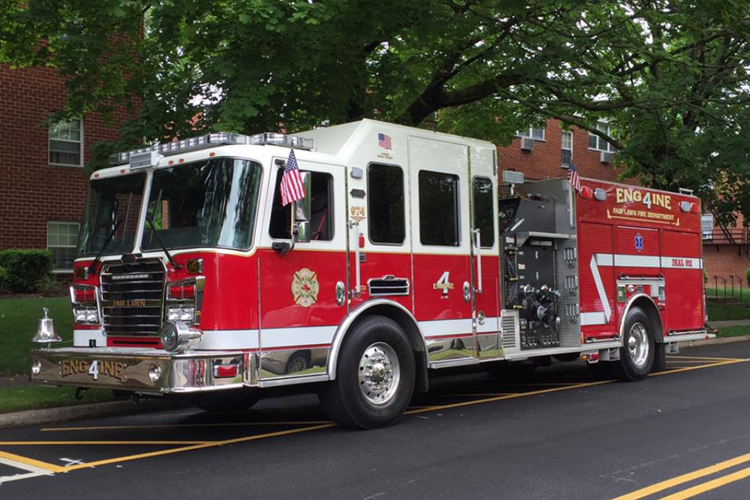 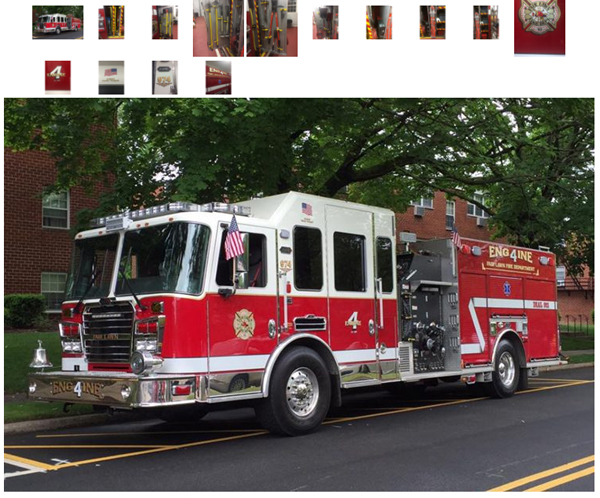 Fair Lawn, located in Bergen County New Jersey, is a suburb of New York, New York, that has developed over the years from farmland to a residential community. Today many residents are able to use the New Jersey Transit train system from one of the two stops in town to commute into the city. The town was also home to two famous companies in its industrial area along New Jersey State Route 208: Nabisco and Kodak film producing companies. However, over the years much of the town has experienced some deindustrialization along Route 208, and the area has gone to a more corporate office building corridor. In this corridor sits the home of Pennwell’s Fire Engineering offices across from the former Nabisco plant, which now houses Mondelez Global LLC (Former Kraft Foods). When you’re in the office, you can often smell the fresh aroma of cookies and crackers being baked across the street.

One section of Fair Lawn is known as Radburn, a planned community established in 1929 that was designed to separate traffic and pedestrian right of way. A path system is located in the neighborhood that does not cross any major roads at grade. The neighborhood is also designed with a residential garden atmosphere where it incorporates some of the earliest cul-de-sacs in the United States. Located in Radburn is Fair Lawn Fire Company 4. It is housed in a firehouse that you might miss if you drive down the street because it looks just like a cape cod home. Company 4 protects this section of town that is made up of 469 single-family homes, 48 townhouses, 30 two-family homes, and a 93-unit apartment complex. In addition, the company responds to commercial occupancies along its bordering district as well responding to other calls throughout the borough with the other three companies of the department.

Engine 974 is a 2013 KME Predator XLFD engine with a 1,750-gallon pump and a 750-gallon tank. It has a top-mount pump control panel and rescue-body-style compartment layout. The cab features a raised-roof design painted white over red, with the rear section of the rig and roll-up compartment doors all painted red (PPG Industries Inc. Commercial Coatings; Red #911659, White #91258). There is a white reflective stripe outlined with black stripes running along the lower portion of the cab, and then it runs upward on the first compartment back from the pump panel and continues running horizontally along all the doors. On the rear section of the stripe, it states “DIAL 911.” The front of the cab has a nice look to it with the lower portion of the doors sporting chrome trim that runs in line with the front bumper, giving the rig a very clean, finished look. Logos on the crew cab consist of an “Engine 4 Est. 1929” on the rear cab doors; a very nicely designed, modern looking Maltese cross on the front cab doors with “Fair Lawn Fire Dept.” on it; the unit’s number 974 with scroll beneath it toward the front of the crew cab; and a 9-11-01 memorial tribute design with the American flag in it on the upper portion of the cab. On the upper section of the body, gold leaf decals adorn the rig with “ENG4INE” located over the Fair Lawn Fire Department signage. There is also the “Star of Life” on the compartment over the wheel wells.

Engine 974’s left rear compartment is a hand tool and portable ladder compartment. It is equipped with both fixed horizontal shelving and one vertical divider toward the rear and two vertical pull-out tool boards toward the front and middle of the compartment. Starting toward the front of the rig, the left side of the compartment has a small portable step ladder stored between the front wall and first vertical pull-out board. On the first vertical pull-out, toward the front of the rig, are: one sledgehammer, one pick ax, one flat-head ax, and a Halligan tool—all mounted using tie-downs and tool head brackets. On the back side of this tool board are: two smaller “D” handle closet hooks and two sheetrock rakes. On the rear pull-out board’s front portion are: two pry axes, a large and a small bolt cutter, and a seat belt cutter mounted in securing strap brackets. Mounted on the back side of this pull-out board are two “D” handled flat shovels, one Halligan tool, and an air hose secured with holding restraints and tool brackets. Mounted on the wall just behind this slide-out are DeWalt cordless drills and a Milwaukee reciprocating saw. In the area behind the pull-out boards is a Little Giant Ladder. Toward the right-side wall are four permanent shelves in the compartment. They are equipped with the following items working from the top down: water bottles for recuperation; sprinkler heads and wrenches tool box; Hydra-Ram hydraulic forcible entry tool; and a tool box with assorted wrenches, pliers, hammer, screwdrivers, and other small tools. Mounted just below this compartment is one of the unit’s wheel chocks, with the other one mounted in the front of the wheel well under the front compartment. These locations make it easy for the driver to access the chocks and place them in service in the front and to the rear of the tire for overall safer operations.

Fair Lawn Fire Company 4 operates with one KME engine out of a quaint firehouse. The company’s pride in its station, equipment, and apparatus is evident. But, its real pride is continuing to serve the residents of its community.

MICHAEL N. CIAMPO is a 31-year veteran of the fire service and a lieutenant in the Fire Department of New York. Previously, he served with the District of Columbia Fire Department. He has a B.A. in fire science from John Jay College of Criminal Justice. He is the lead instructor for the FDIC Truck Essentials H.O.T. program. He wrote the Ladder chapter and co-authored the Ventilation chapter for Fire Engineering’s Handbook for Firefighter I and II, he also wrote the Bread & Butter Portable Ladders DVD. He is featured in “Training Minutes” truck company videos on www.FireEngineering.com. In addition, he writes the back page column, “On Fire,” in Fire Engineering and Compartment Corner for www.fireapparatus.com.