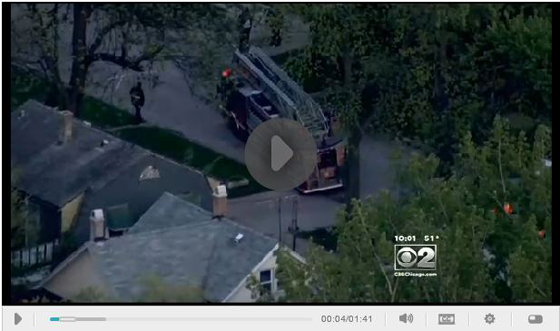 On Tuesday May 12, Truck 52, a rear-mount aerial of the Chicago (IL) Fire Department was returning from a call on the city’s southeast side when it became stuck in a sinkhole.

There were no firefighter injuries. The fire apparatus became stuck when the pavement under the rear of the truck collapsed.

[Video] Fire Truck Gets Stuck In Sinkhole On SE Side http://t.co/qMpXqj9JLJ pic.twitter.com/s99vKSG3Gg

A Chicago Streets and Sanitation Department wrecker was summoned to the scene to try to haul the rig out of the hole. After almost two hours, a tow truck and other equipment were able to remove the apparatus from the hole.