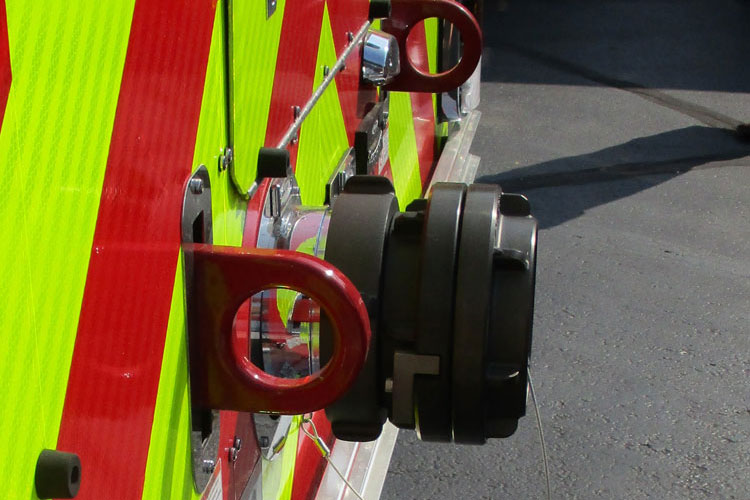 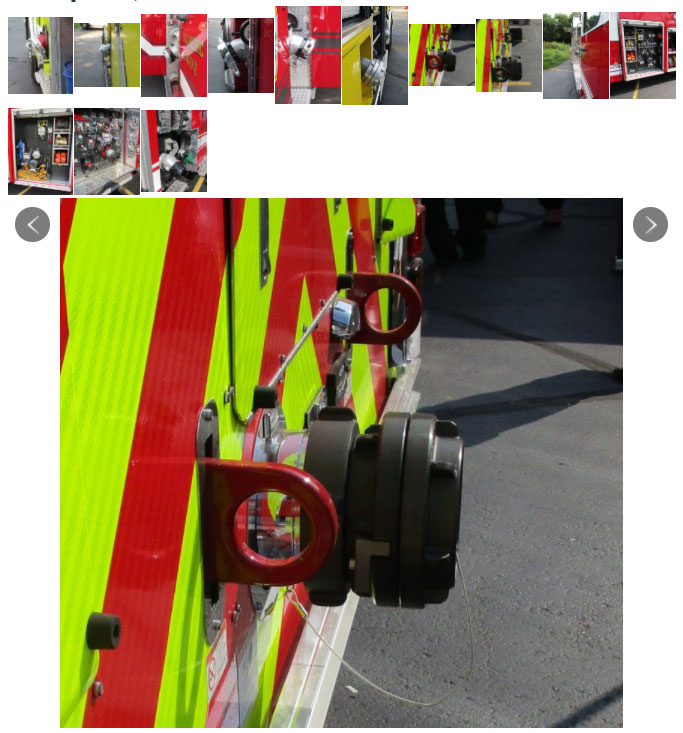 Fire truck commentators, pundits, and authors—especially “older” ones—are not immune from espousing their personal beliefs. They’ll push an agenda until no one listens anymore, they’re no longer invited to dinner, or they get slapped down. It happened to me. One of my major pet peeves is seeing discharge and suction fittings extend beyond apparatus running boards. Equally irritating is seeing them extend beyond the rear tailboard. I continually rant and rave in commentary and place photos in articles justifying my position and generally beat the subject to death.

At a local equipment show, so many valves and fittings were—in my biased opinion—unprotected that I scurried about taking photos and complaining to the few people who would listen. It was a mistake. I mentioned to one fire chief the waterway inlet on his quint extended so far off the back end there could be major damage if the rig were to back into something. He said, “That’s why we have a backup camera in the cab.” Undaunted, I asked him what good the camera is if someone runs into the rear of the rig. He replied “That’s why we have insurance.”

I cornered one vendor, showing him the large-diameter discharge on one of his rigs extended beyond the running board. I said it didn’t meet NFPA 1901, Standard for Automotive Fire Apparatus. He said, “It doesn’t have to.” I thought I had him. I said NFPA 1901 sentence 16.6.9 specifically states, “If the suction inlets are to be equipped with a valve, siamese, or adapter that will remain in place while the apparatus is in motion, that valve, siamese, or adapter shall not project beyond the apparatus running board.” He replied, “Yep—you’re right, that sentence is correct. It doesn’t say anything about discharges. It only refers to suction inlets.” Damn, he was right. I told him common sense dictates that if fittings on suction inlets are subject to damage if the rig side-swipes something, then discharges are equally susceptible. “Common sense wasn’t in their specs.” He had a point. How can you write common sense into a purchasing specification? I’ve always said if something is not in your purchasing specifications, it does not exist.

At morning coffee, the Raisin Squad looked at my photos and discussed my beat down. One of the not-too-old geezers said, “Your standard didn’t say anything about rub rails either.” What? “Some of those rigs don’t have running boards. The ones with the pumps tucked up under the cabs don’t have them. So, they can stick the fittings out as far as they want.” I came back with my usual common sense defense. I said if there are no running boards, you would assume the fittings should be inboard of the rub rails. He fired back, “Ya know, assume is just three small words put together that if separated can make you look like a damn fool.” Gee, getting beat down by my own people.

I went home and reread NFPA 1901. It does not state discharges have to be inboard of running boards. Only suction inlets have to be. Nor does it state discharges or suction inlets must be, or should be, inboard of rub rails if there are no running boards. In fact, it doesn’t even say a fire truck has to be equipped with running boards or rub rails. Looking for sympathy, I emailed a friend who’s also in the business of bloviating about fire trucks. He said that as long as I was moaning and groaning about running boards and rub rails I should add pain to my misery and try to find rear bumpers in 1901. Damn, I did and it’s not there. NFPA 1901 does not require a tailboard, rear step, rub rail, or a bumper on the back of a fire truck. I wonder why. If your purchasing specifications don’t call for something to protect the back of your bus, you might not get anything. Write your specs carefully. It might be time for me to recommend some changes to NFPA 1901—after my nap.