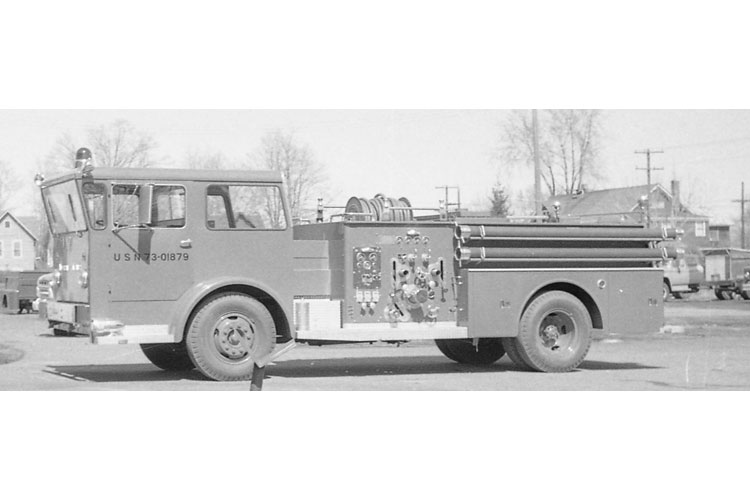 Morning coffee with the Raisin Squad occasionally regresses to conversation topics we’ve previously beaten to death. Some white hairs have short memories. One recent dialog started with the Squad criticizing the warning lights on a local fire chief’s car. It was the usual: “Why the hell does he need so many lights?” “They’re too bright.” “They’re gonna blind someone and cause an accident.” One geezer added “The other night I couldn’t tell if that responding pumper was coming or going. I didn’t know what to do.” Naturally I brought up NFPA 1901, Standard for Automotive Fire Apparatus, and mentioned articles others and myself have written about warning lights. I was immediately shot down. “We ain’t talking ‘bout codes and standards.” “We’re talking common sense here.” “This is about stuff that happens in the real world—not in a magazine.” Ouch—that hurt.

Their consensus was warning lights are too bright and too fast—whatever “too fast” means. Sometimes they confuse motorists when approaching a parked rig with its warning lights on. When a rig is responding, its difficult to tell how far away it is, and sometimes you can’t even tell which direction it’s headed or how fast its traveling. According to the squad, “That just ain’t right,” and those perceptions are not exclusive to just old people.

The next morning we continued the debate. I said rigs automatically shut down forward facing white lights when the transmission is placed in park. And, maybe the system could be set up to turn off all red/blue/clear warning lights and just have large NFPA-compliant slow-flashing amber lights on all four sides. It was blasphemy. The Raisins didn’t care if the NFPA, the fire chief, or God says you can use all amber lights in a blocking mode. “It just ain’t a fire truck unless there’re red lights.” I countered that emergency vehicles with red lights get rammed all the time on the highway, but you seldom hear about a DOT vehicle with flashing amber lights getting hit. I said most motorists know alternating flashing amber lights mean there’s something big in the way that you probably don’t want to run into. They didn’t buy that. “We’re not the DOT—we’re the fire department.” One reasonable Raisin suggested that when parked to just use alternating red flashers like on a school bus or at a railroad crossing. “We ain’t the school district and damn sure we’re not Amtrak either. Another mentioned night roadwork on expressways where you often see light towers shining straight down illuminating the vehicle and the work area. He asked why couldn’t something like that be used. “What do you use in the day time” shot that suggestion down.

Then they started in on warning lights being too bright. “Can’t they put a dimmer switch on them?” One geezer asked who determines when to use a dimmer. The resident restroom lawyer piped in that a dimmer might not be NFPA-compliant. “Well, what about automatic lights—ya know like a daytime/nighttime sensor?” The unofficial legal expert countered that the fire department still could get sued. He asked who determines when an emergency response is less or more hazardous than another. “Is less at night or during the day?” He added that whoever makes that decision assumes the consequences and liability if there’s an accident. He said whoever shuts down individual warning lights will be held accountable, even for extra warning lights not required by the NFPA. “You initially put them on the rig for a reason—probably to address a potential hazard. Why did you turn them off?” Not having a good reason could be a contributing factor if you got into an accident.

One Raisin mentioned some apparatus have arrow type directional light bars at the rear to tell motorists which way to go. He questioned if front warning lights can—or should—be designed to tell motorists what to do, like stop, pull to the right, or pull to the left. Nobody had an answer for that comment. The Squad reiterated that fast and super bright flashing, blinking, pulsating, or moving lights make it hard to judge a rig’s speed and direction of travel—especially for seasoned citizens and more so at night. We couldn’t figure out the solution to the problem. In fact, we couldn’t even agree if there really is a problem! We did agree warning lights should just tell people to get the hell out of the way.

I asked several apparatus dealers if they ever heard of dimmable light bars and programmable lighting systems. Some did. Some didn’t. Most didn’t want to go on-the-record saying if such a feature would be NFPA-compliant. A couple said to ask the light manufacturers. Us white hairs don’t know. Regardless, its’ not as important as being on time for the early bird special down at the diner.