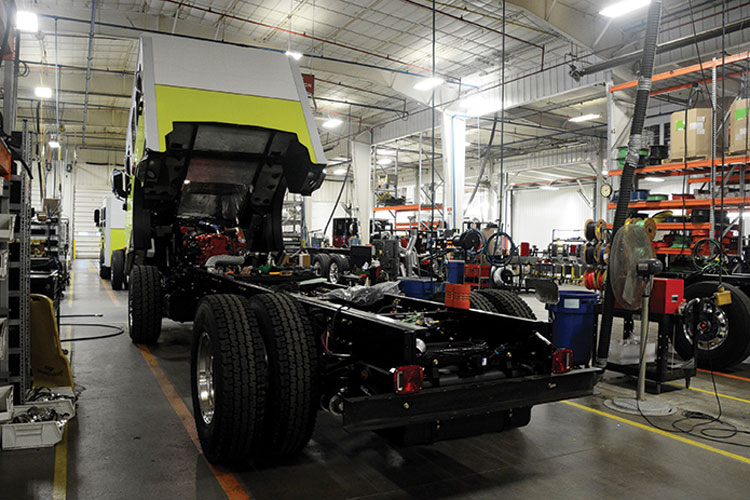 A couple of columns ago, I commented that there are no longer manufacturers that just build and market custom cabs and chassis for other manufacturers to finish building complete fire trucks. And today, if the two apparatus manufacturers (OEMs) who regularly sell their cabs and chassis to smaller independent OEMs stop doing so, the smaller manufacturers would be affected. The article generated some decent conversation with a few industry veterans, especially older ones who could easily qualify as being Raisins. Those who still sell fire apparatus do not want to be quoted, so I have to paraphrase their statements for this narration.

The availability of custom cabs and chassis for independent OEMs has been affected by mergers and acquisitions in the past. Mergers and acquisitions by themselves can be contentious topics that may result in companies going out of business and causing former employees to look for new employment. Seldom discussed and never admitted is a degree of apprehension and uneasiness that some smaller OEMs may have about custom chassis availability. Look back to the early 1990s when the remnants of American LaFrance were purchased. The new owner started building the American LaFrance Eagle custom chassis and sold it to all the smaller players in the marketplace. Everyone was building on the American LaFrance chassis, and, in my opinion, American LaFrance used the smaller OEMs to get all the bugs out of their chassis. They sold a ton of them.

Surreptitiously, American LaFrance purchased a bunch of smaller nonchassis-building independent OEMs including Becker, RD Murray, Aero Products, LTI, Southern Coach, 3D Manufacturing and Snorkel. Overnight American LaFrance became one of the top five “complete” apparatus manufacturers with an instant backlog of probably 300 to 400 units. After that, one chassis manufacturer purchased independent apparatus manufacturers Luverne and Quality and started building its own complete apparatus under the moniker Crimson. An offshore entity entered the domestic market, eventually partnering with General Safety, Central States, and RK Aerials. It is now building its own proprietary chassis and has probably become the number two apparatus manufacturer in the United States. Although those three domestic names have disappeared, their factories are up and running strong.

Recently Smeal and US Tanker were purchased by another apparatus manufacturer that builds its own chassis. Additionally, a single holding company now has ownership of three good sized apparatus manufacturers. All three also happen to manufacture their own cabs and chassis. The smaller independent manufacturers must be concerned that custom chassis availability is tenuous. It can’t be too reassuring knowing the only place you can purchase a custom cab and chassis is from one of your competitors, and that could end at any moment.

Regardless, I will not speculate (in writing) about who’s staying and who’s going in the apparatus business as a result of these “amalgamations.” Merely calling them consolidations, buy-outs, and mergers could instigate unsubstantiated rumors. Leave gossiping to the Raisins around the firehouse coffee table. If something happens in the industry, we’ll talk about it next time.