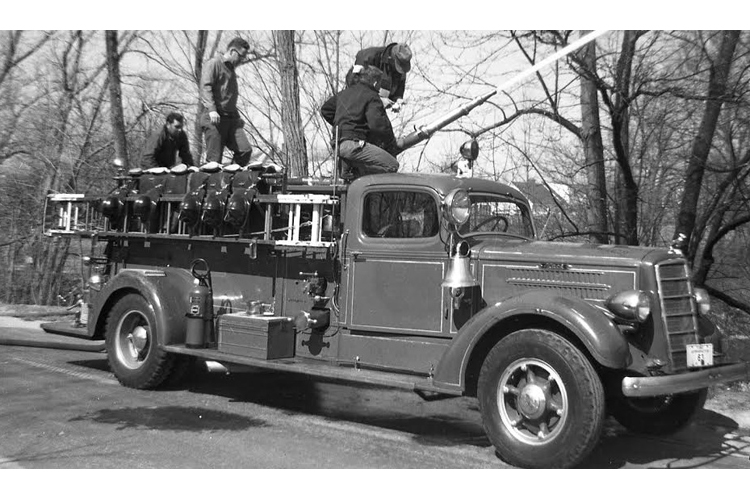 I showed the Raisin Squad the last Cantankerous Wisdom posting about steel plate and steel sheet to get some old-school opinions about the way the described stainless steel specifications were written. It didn’t work. Instead, the seasoned citizens railed about specifications in general, how people don’t speak plain English anymore, and how devious some people may be who write them. They couldn’t understand why people use meaningless words and phrases. “I can’t figure them out.” “What the heck are they trying to say?” “Reading them is like listening to a politician talk.” “It’s easier just to buy whatever you want.”

I agree specifications should be written in simple, easy-to-understand language. They should be literal. But, being literal does have drawbacks. The dictionary says that “literal,” when used as an adjective, means verbatim or word-for-word. On the fireground, a literal statement needs no further explanation. When the chief tells the first-due engine company to “drop a line” on the way in, nothing else needs to be said. The comment requires no further clarification or explanation. Asking for one may result in getting ripped a new one back in the chief’s office. As long as regional vocabulary is understood by all parties, there shouldn’t be a problem.

When writing purchasing specifications, spec writers should realize local jargon can create misunderstanding during the bidding process. Terminology from one part of the country may not have the same meaning in another. An East Coast ladder company may think West Coast truck companies are only equipped as moving vans. Ask a Westerner how much water tankers carry in his region and you might be asked if you’re talking about the fixed wing version. Our Canadian neighbors to the north call them air bombers. I’d like to see that in a set of specs.

When writing specs for nationwide use, apparatus manufacturers (OEMs) generally ensure the verbiage meets the entire marketplace. However, when modifying one-size-fits-all language to fit a particular region, local dealers can be as culpable as department spec writers in inadvertently creating confusion. Does crosslay, speedlay, and mattydale mean the same to bid estimators across the country? Does everyone know what a jump line, live line, or red line is? Does National Fire Protection Association (NFPA) 1901, Standard for Automotive Fire Apparatus, recognize or define Class A pumpers? (It does not; it only recognizes Class A fuel and foam!)

These are actual sentences found in a specification under the “Materials” heading: “The Truck and all parts thereof shall be made of materials which are suitable for the intended service and shall be produced by current standard manufacturing processes. The materials shall be free from characteristics or defects which affect the appearance or which shall affect the proper functioning of the finished product.” I couldn’t find anything quantitative in those two sentences that can be measured or defined to the point where products and proposals can be fairly evaluated.

I asked the Squad if they understood them. They went full tilt. “Beats me—I don’t think the guy who wrote them knows either. What the hell does that mean?” Harry put on his bifocals and read and reread the spec, shaking his head. “I don’t have a clue what this guy is saying. It looks like he had a bowl of alphabet soup for lunch and threw up all over the paper.” One geezer asked, “Do ya think those fancy words were regurgitated by some overeducated fireman just to inflate his ego?” Another added, “Gotta be ‘cause he ain’t saying much about the fire truck.” I asked an out-of-town Raisin Squad member if he knew what it meant. Harvey said, “Yes, it means the materials must be made of GOOD STUFF!” Try writing that in a set of specs.

Vendors did not escape their wrath. “I betcha the salesman wrote it to impress the customer and baffle everyone else.” That’s was cruel—but perceptive. He did make a point though. Define “current standard manufacturing processes.” What “characteristics can affect the appearance” of a fire truck? Do they cost much? Who determines what materials are “suitable for the intended service?” I’m no tree hugger, but that spec writer could have saved some ink and paper and left out those 52 words.

It confirmed my belief that today’s specs are hard to read and harder to understand. They’re too long, too complicated, and too full of ambiguous and repetitious verbiage. If a word, phrase or sentence is subject to personal interpretation or cannot be defined, weighed or measured, leave it out of the specs. In speaking of repetitious verbiage, count the number of times NFPA 1901 is written in a set of specs. Better yet, look at any page describing the rig’s technical nuts and bolts and count the number of times the words shall be are written – a dozen to 18 times per page? No wonder us old people get confused. Getting back to the stainless steel specs—damn, I forgot what I was going to say.