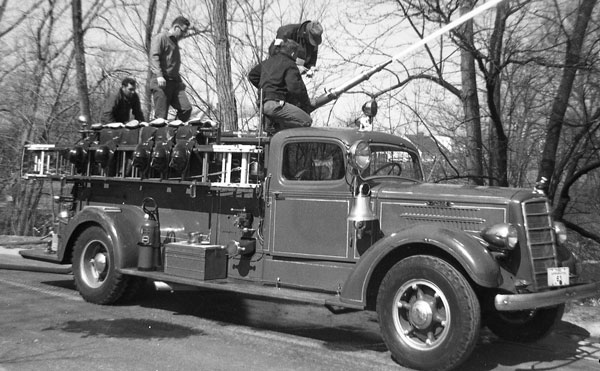 Have you ever read a set of specifications and thought you understood all its requirements? Then a light comes on and you go back and reread a sentence and ask yourself what the heck do they really want? And why do they want it? It happens when you get older.

National Fire Protection Association (NFPA) 1901, Standard for Automotive Fire Apparatus, sentence 4.20.1 (1) (j) requires, at time of delivery, documentation of “electrical system voltage and alternator output in amps.” Sentence 4.20.1 (4) requires written load analysis of the electrical system performance tests” described in 13.14.1 and 13.15. Refer to NFPA 1901 for the nitty-gritty test details. To be compliant, a fire apparatus manufacturer has to supply the documentation—even if the purchaser does not specifically request it. The documentation is very important. If the electrical system fails, so may the fire apparatus.

What is NOT required by NFPA 1901 is providing the estimated amp draw with the proposal. I can’t even find where the NFPA recommends it. If one is wanted, it must be written in the purchasing specs. Is the estimate important? A written load analysis ensures bidders are proposing an alternator of sufficient capacity—that they have done their homework. How would a fire department ascertain what size alternator to specify? Does it blindly believe what a favored vendor tells it? If the fire department thinks it may have one of its own qualified enough to estimate the amperage draw for a new rig, I have a few words of advice: “One of the most difficult things for the average man to master in the operation of a piece of motor fire apparatus or a commercial truck is the electrical system.” They were written in Fire and Water Engineering by Charles B. Hayward in a piece titled Motor Fire Apparatus—a Simple Outline of its Construction and Maintenance. By the way, it was written in the September 17, 1919 issue. I have little knowledge of electrical systems but I bet they’re a lot more complicated today than they were in 1919. For a more recent dissertation about amps, alternators, and batteries on fire apparatus electrical systems, check “Battery Management for Emergency Response Vehicles” by Christian Koop.

In speaking of apparatus electrical systems, NFPA 1901’s Appendix, sentence A.13.14.1 states: “The purchaser might wish to have the entire low-voltage electrical system and warning-device system certified by an independent third-party certification organization.” I wonder why.

In speaking of wondering why, did you ever wonder who the inconsiderate son-of-a-gun was who eliminated the back step. What did that person have against the crew riding on the engine? All the safety gurus rant and rave about having a safe working environment with two in and two out, RICs, FASTs, AEDs, SCBAs, traffic cones, chevrons, and reflective vests. But, there’s no “major” concern for accessing the rear main hosebed. I am not proposing going back to riding the rear step (aka tailboard), open cabs, and roof mounted air horns. I am proposing bringing back the rear step (aka rear work platform) so a firefighter can access an engine company’s primary tool—the fire hose—without breaking his or her neck. Tailboards used to be about 18 inches to 24 inches deep and as wide as the hosebed side sheets (about 70 inches). Firefighters had about 10 square feet to stand on to access the hose, remove it, and stand to repack it. If firefighters can access, deploy, and reload fire hose from the ground without having to stand on and maintain their balance on those dinky little 35-square-inch folding steps, they’re home free. If you don’t have a real low hosebed, at least demand a real rear step, platform, standing surface, tailboard, or whatever you want to call it. Are manufacturers eliminating the rear step to claim their rigs are shorter than their competitors’? Everyone knows fire trucks are getting higher and longer. However, they shouldn’t inadvertently be made less safe. The crew who humps hose deserve better.

Video as a Valuable Training Tool