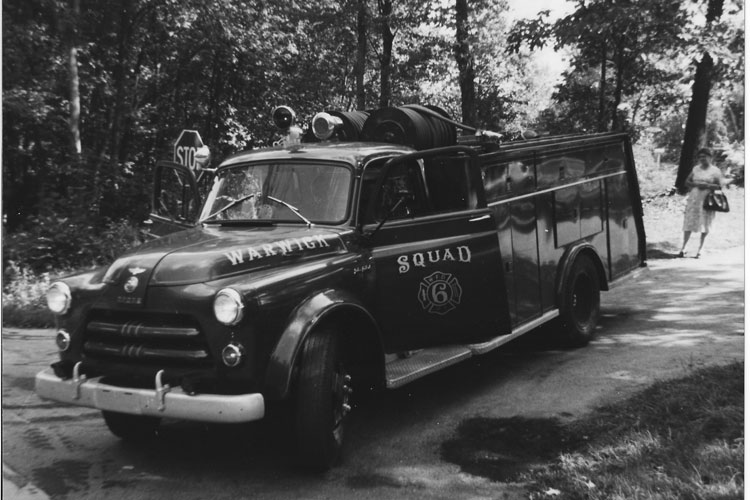 The Raisin Squad once again demonstrated we know more about drills and training than the active firefighters that actually participate in them. It’s just like putting out fires. At morning coffee, white hairs run drills quickly and efficiently without getting hurt, wet, tired, or dirty. However, occasional differences of opinion can push blood pressures to critical levels. The other morning, yours truly was accused of always screwing up the drills back in the 1980s. I was surprised some of them could remember that far back. Most can’t remember what they had for supper two days ago.

What they were talking about were evolutions considered “the basics”—everyday stuff like making a big fire hookup or throwing a ground ladder and stretching a handline to a second floor. Career departments always have a set number of firefighters staffing a rig, so the training was geared toward volunteers and the possibility of an unpredictable response. It never fails on drill night that there are always full crews. What aggravated the white hairs today is that back then on the second and third times an evolution was run, a firefighter was pulled off the rig. Whatever a full crew did the first time, they had to do with one fewer the second time and two fewer the third time.

The geezers moaned and groaned. “It wasn’t fair ‘cause fewer people had ta do all the work.” I maintained it’s just like real life. During the weekdays, most volunteer departments can’t guarantee a full crew on the rigs, so they should train to do more with less. We timed the evolutions to show the troops the difference. No sympathy was shown back then and less shown today.

One geezer chimed in, “Ya screwed up the natural order of things.” He was semicorrect. In one evolution when a pumper was laying in LDH, the crew was told the piston intake relief valve was broken and to find another way to get water to the pump. In another, the ladder truck was told to fly the stick to a roof and bring up the K12 (that’s all we used back then), a pike pole, ax, and haligan bar. When the rig pulled in, they were told the aerial device was out of service and to use ground ladders. “You were playing with our minds.” I said that things can break. “Well, it wasn’t broke. You just wanted to aggravate us.” After the evolutions were run, most black coats understood or learned that there were alternatives to the way things were always done. And, they realized the additional time it took to accomplish the tasks. Mission accomplished.

I believe similar training is worthwhile. Most raisins don’t. “It just ain’t right. It’s trickery.” I said the United States Marine Corps has a slogan: “Improvise, Adapt, and Overcome,” and it is written someplace that Marines are taught to overcome obstacles, especially in the chaos of combat. “It wasn’t combat. It was a damn drill, and we ain’t Marines.” The final stab in my back was “Hey, wait a minute. You weren’t in the Marines. I remember you got drafted into the Army, and you were just a clerk.” Some of them might have agreed with my theory but weren’t willing to admit to it. It’s the Raisin way. I went home, took two aspirin, and had an early nap.

Harvey Eckart, a fellow white hair and Raisin Squad member from Pennsylvania emailed, “I just came to the realization that most current fire trucks do NOT come equipped with spotlights. Unity spotlights have been with us since the 1930s. I assume scene lighting and handheld spotlights have negated the need for column mounted units.” He’s half right.

I don’t believe anything can replace the venerable Unity six-inch spotlight, especially when you are moving down the road looking for a specific house or house number. Permanently mounted scene lights might blind or distract traffic plus you do not have the pin-point accuracy of a spot lamp. This is not disparaging fixed scene lighting. Both have their place, and both should be spec’d on a new rig. Safety fanatics scream for more and more scene lighting. If a rig is legally parked at a nonemergency scene not blocking the right of way and wants to illuminate something off the road, the spot lights work fine. Handheld gazillion candlepower cab spotlights are dangerous—you can blind the driver. They’re more dangerous if you inadvertently drop it on your lap when sitting in the cab. The term “Bail Out!” will have a new significance.

Getting back to drills, a couple of geezers were talking about a fire company that was purchasing a new ladder truck. Two manufacturers brought rigs to a wide-open church parking lot, and they were compared side by side. They checked turning radii, jack setup times, and how long it took to reach the church roof. The Squad’s comments, “That’s stupid. They oughta do it like they would at a fire. They should fly the sticks on some of the guy’s own houses. That’s real life.” Although parking lot drills can be a worthwhile comparison, evaluating performance on actual target hazards is equally as important.