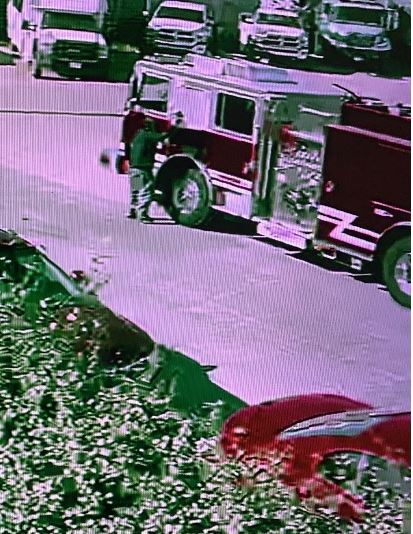 A 44-year-old California man was arrested on a grand theft auto charge on April 1 after he allegedly stole a fire truck and took it on a joy ride, according to a news release from the San Bernardino, CA, County Sheriff’s Department.

The truck, belonging to the Highland Fire Department, was momentarily unattended in front of a mechanic shop, according to the news release.

Witnesses allegedly saw Mario Miguel Gomez of Crestline get in the apparatus and driveway, the news release reported.

San Bernardino County Sheriff’s Department and the department’s aircraft as well as California Highway Patrol officers searched the area and spotted the fire truck exiting the 215 free way and made a felony traffic stop and detained the driver.

The news release said the apparatus was released to fire department personnel after the stop.