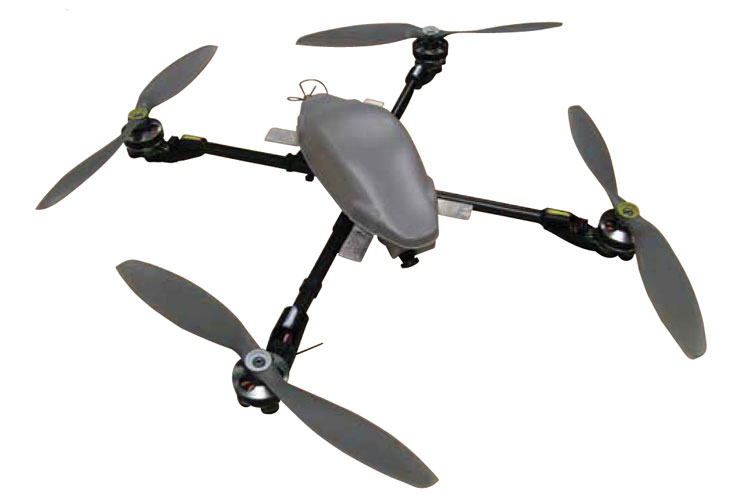 Unmanned aerial vehicles (UAVs) do not always receive positive press coverage. At this time of year, the public hears mostly about how UAVs are grounding air tankers and hampering wildland firefighting efforts.

Hobbyists can pick up UAVs almost anywhere but don’t always understand how best to use them or, more importantly, when not to use them. The advantages of these devices are generally well known to those in public safety, but actual examples of fire departments developing guidelines or procedures for their use have been few. However, instances of fire departments purchasing these devices and going through the process of attaining certificates of authorization (COAs) and integrating UAVs as tools are becoming more frequent. One example is the Fort Worth (TX) Fire Department.

The Fort Worth Program

The Fort Worth Fire Department is currently going through the process of implementing a UAV program. It has purchased a UAV, commonly referred to as a drone, and is working through establishing standard operating procedures (SOPs) for its use. The drone it will ultimately place in service is an InstantEye, which it purchased from W.S. Darley & Co. “We do have rough guidelines right now, and most of it is directed at our training,” says Homer Robertson, deputy chief of support services for the department. These include where to train with it and where not to train with it. “We don’t want to fly it in populated areas if we can help it during the training phases,” says Robertson. “So, we go to isolated areas that won’t have any people and won’t have any obstacles.” Robertson adds that there is already a city ordinance in place for UAVs, and the department will incorporate certain aspects of it in its SOPs.

When the department decided it wanted to start using a UAV, it first needed funding. Once it secured the funds through a local group, it was time to select a drone that fit its needs. “Our program, we started off small,” says Robertson. “We have a Darley InstantEye and we have several capabilities on there. We’ve got thermal imaging and we can do live video feeds back to our command truck or our handheld control units.” He adds that department representatives did a lot of brainstorming on where they wanted to use a drone and what the do’s and don’ts are, with much of it being worked out as the process moves forward.

Live video was a key feature the department sought. “We wanted to be able to have a live video feed back to a stationary position whether it was our mobile command truck or something like that,” he says. Additionally, key functionality included taking still photos or a combination of video and still imagery. “We wanted good flight time and a UAV that was reliable and durable. The one we went with is also used pretty exclusively by the military, so we felt pretty confident in its ability to meet our needs,” Robertson states.

Robertson acknowledges that the department is getting in at or near the ground floor with UAV technology, as it is still evolving. “We realize that technology is going to improve in the years to come,” he says. “So, really what we wanted to do was try to get in on the ground floor and start developing a program. The whole UAV thing is growing so rapidly with new technology, better payloads, and better batteries. Ours will run about 25 to 30 minutes without a recharge. When it gets low, we bring it back, plug in another one, and send it right back out again. But, the payload part of that and flight times are probably two of the things that come up technology-wise that are improving almost daily.”

Deciding where to “house” the UAV was not a hard decision for Fort Worth. It needed to go where it would be easily accessible at an incident. “Logic tells us that we need to get this thing on the scene, and the safety officer goes to most of the significant incidents in town. So, we thought that was an ideal place for it to reside.” The department has one safety chief for each of its three shifts, and each safety chief has an accompanying technician. “A safety officer makes every working fire in town,” he adds. “They and their technicians are the ones who have primarily been training and trying to develop our skill set.” All will be trained to fly the UAVs as well as other personnel the department feels should have the training, including the backup technicians. According to Robertson, the number of trained pilots will be fewer than 20. When Fort Worth received the drone, these individuals all went through the initial training and all received a pilot’s book. “So, we’re already in safe environments logging the training.”

Confidence from department and city leadership was also a key, according to Robertson. “It went all the way up to the city manager level to decide if they had confidence that we were going to operate the UAV properly and not misuse it,” he says. “That was good that they reaffirmed their trust in us. And, we can’t violate that because it’s important to them and the public. I think a lot of people’s concerns with UAVs-especially with the fire department-is that we’re going to be spying on people or misusing it. So, we really have to maintain that public trust.”

The department is still going through the process of attaining a COA and expects to have it soon. It will be issued to the city of Fort Worth, not just the fire department.

With the COA in hand and trained pilots, the department will be able to “share” the UAV with other agencies, if necessary. “After we got working with ours, the city, overall, got interested in it,” says Robertson. “We will make ours available if they need us. One thing that the people at IT were really interested in is using it to inspect some of the radio towers. So, we probably will be doing some sharing as long as it doesn’t take too much time away from the emergency response process.”

Robertson says the department has determined many uses for its UAV: structure fires, as an elevated observation platform, wildland operations, and urban search and rescue. “We do find that we need to locate someone on a hike or bike trail but are unable to identify their location,” says Robertson. “For us, it’s an observation platform. We think 300 feet is more than enough [height]. Just get it up there and put it up as an observation and just let it hover. It gives you a whole different perspective about the incident.” He also cites the thermal imaging and global positioning capabilities where, using the urban search and rescue example, a team can use the UAV to locate victims using the thermal imaging camera, use the GPS to set the location, then basically walk right up to them.

Robertson has a few pieces of advice for departments preparing to start a UAV program. “Do your research,” he says. “Make sure you wind up with a good product. Find a company that is not just on the Internet and make sure you’re not trying to buy a hobbyist model.” After researching the make and model of the UAV to purchase, Robertson suggests putting in the time on the front end to acquire the COA.

CHRIS Mc LOONE, senior editor of Fire Apparatus & Emergency Equipment, is a 23-year veteran of the fire service and an assistant chief with Weldon Fire Company (Glenside, PA). He has served on past apparatus and equipment purchasing committees. He has also held engineering officer positions, where he was responsible for apparatus maintenance and inspection. He has been a writer and editor for more than 20 years.

Designed to be rapidly deployed, the InstantEye, from W.S. Darley & Co., can fly in inclement weather including winds exceeding 30 mph, heavy rain and snow, at altitudes up to 12,000 feet mean sea level, and at temperatures between -10°F and 115°F. 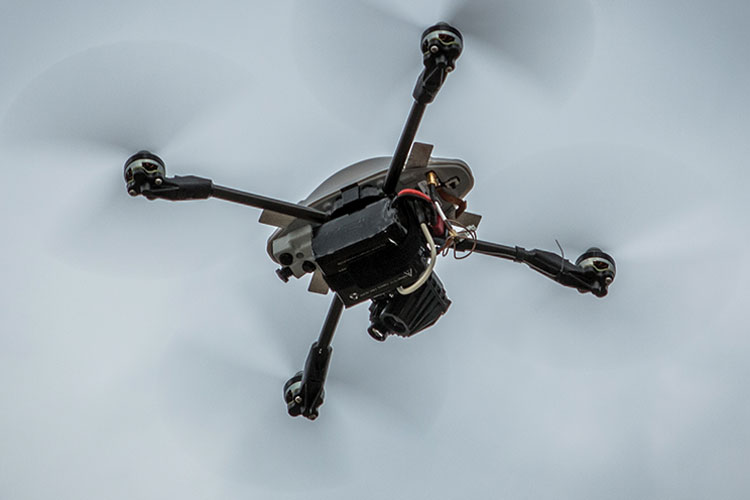 The FLIR thermal imaging upgrade allows users to stream live thermal imaging to the ground control station of the InstantEye. In addition to thermal imaging, the camera pod also includes a 4X zoomable camera. This add-on is suitable for situational awareness, search and rescue, structural fires, wildfires, hazmat incidents, and more. Thermal imaging is available in 320 and 640 resolutions.

Darley offers a GoPro attachment to pair with the three standard cameras included with the InstantEye. With the GoPro, users can record in 1080p and also program the camera to take stills.

“People are captivated by the limitless possibilities unmanned aircraft offer, and they are already creating business opportunities in this exciting new field,” said Foxx. “These new rules are our latest step toward transforming aviation and society with this technology in very profound ways.”

“The FAA’s role is to set a flexible framework of safety without impeding innovation,” said Huerta. “With these rules, we have created an environment in which emerging technology can be rapidly introduced while protecting the safety of the world’s busiest, most complex airspace.”

The provisions of the new rule-formally known as Part 107-are designed to minimize risks to other aircraft and people and property on the ground. A summary is available at http://www.faa.gov/uas/media/Part_107_Summary.pdf.

The FAA has several processes in place to help users take advantage of the rule:

More information is available at www.faa.gov.