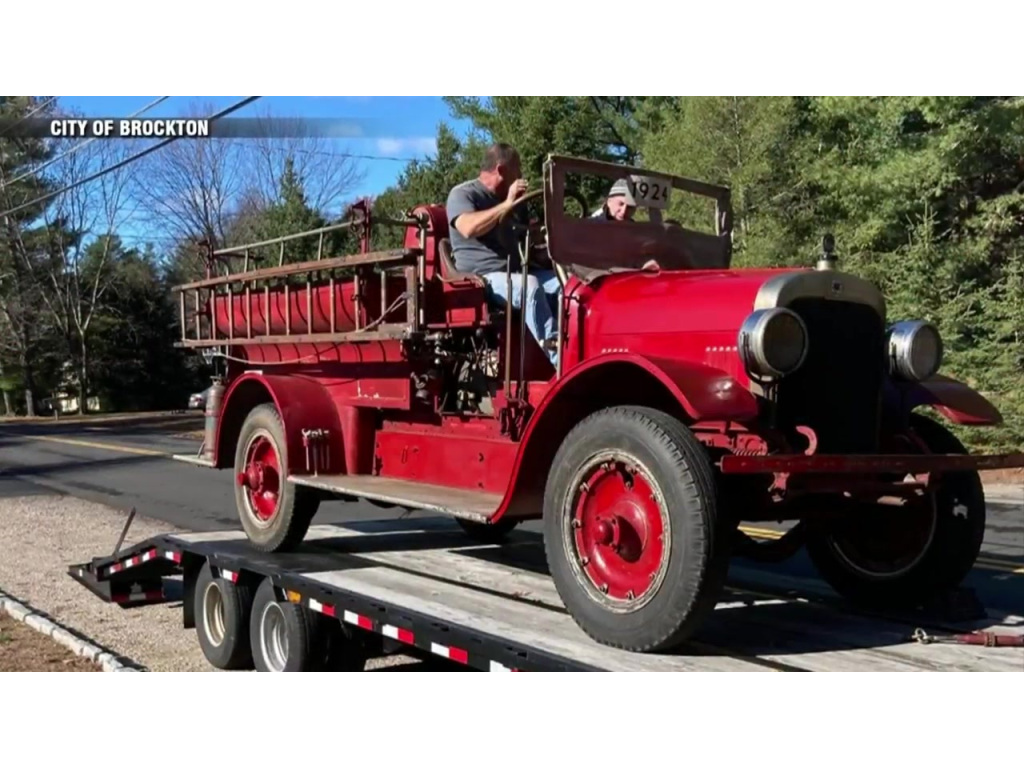 An historic fire apparatus that once served the city of Brockton, MA, has made its way home, just in time to help memorialize a fire that killed 13 firefighters 80 years ago, according to a report broadcast by WHDH 7 News.

The television station said the 1924 pumper, dubbed Squad A, was used in 1941 to battle a fire at the Strand Theater that killed 13 firefighters including four who rode to the fire on that same apparatus.

The truck had been missing for many years but last year, a fire truck collector from Billerica, who is also a firefighter, contacted a former Brockton fire chief. He told the chief he thought it was the same truck from the Strand Theater.

“The bottom line was, he told me about the truck and I said, ‘You know what that sounds like a Brockton truck,” Galligan said.

After some research confirmed it was indeed the same truck, the local union in Brockton decided to buy it, the TV station reported. The union plan to restore the apparatus, which currently runs and drives and make it a permanent memorial to the fallen firefighters. Next month, it will be displayed outside City Hall to commemorate the 80th anniversary of the fire, according to the report.