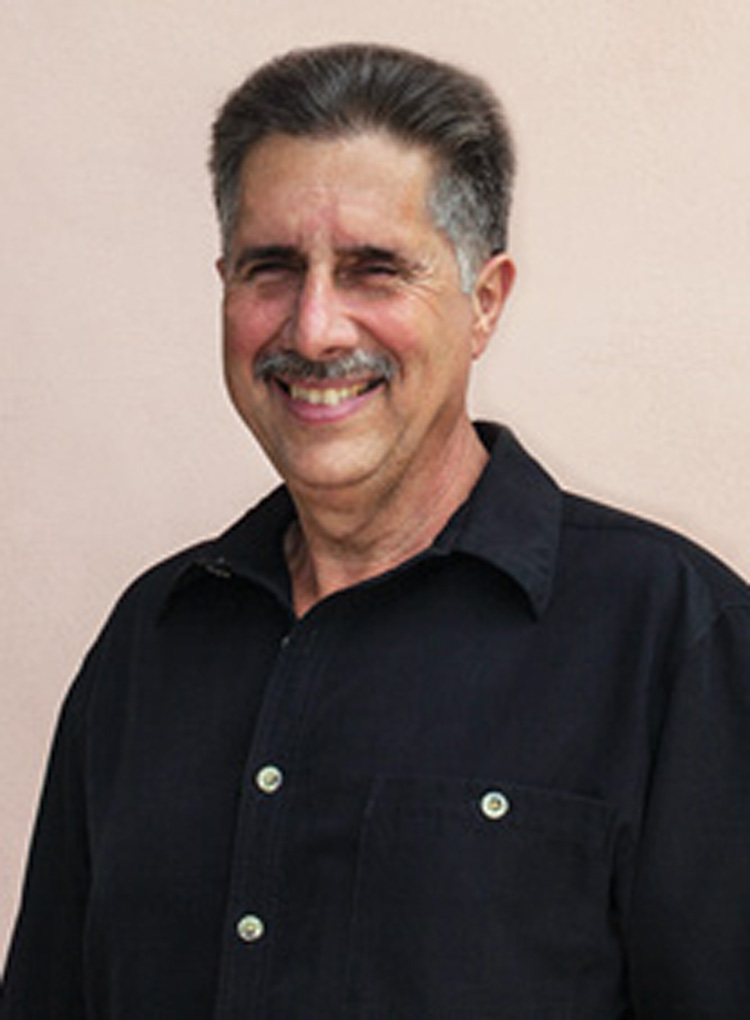 I read an article in a recent Fire Apparatus & Emergency Equipment issue written by Chris Daly that compared braking efficiency between passenger cars and fire trucks.

Understanding driver reaction time and the big difference between the stopping distances of these vehicles is very important not only for their driver operators but also for the technicians that repair and service them. If more drivers were properly educated with this important information, perhaps it would reduce the number of accidents emergency response vehicles (ERVs) are involved in and at the same time save lives and reduce department liability.

There have been many changes to modern braking systems, which include antilock or antiskid brake systems (ABS) that most are familiar with. ABS was mandated by the government in the mid 1970s for heavy trucks; however, the early systems were a huge failure, and most were disconnected by the users very quickly because of the problems. I remember this distinctly because, as a technician back in the day, I worked on these systems. The evolution of ABS and other electronic chassis systems, such as rollover stability control, has undoubtedly allowed vast improvements in reducing passenger car, heavy truck, and ERV accidents.

For the most part, those in the industry are very aware of these technological advancements and the positive impact they have had. However, there have also been very important and significant changes in drum and disc brake friction (linings) material over the years and how they function that many may not be aware of and that require changes to service procedures.

To understand how brakes slow down and stop vehicles, we need to go back to basics. Whether brakes are drum or disc, they are applied by either air pressure in most heavy-duty trucks and some medium-duty trucks or by hydraulic pressure in light-duty trucks, passenger cars, and some medium-duty trucks. Gradually applying the brakes in a moving vehicle forces the disc pads or brake drum shoes against the discs (rotor) or drums. In disc brake systems, brake pads squeeze the rotor in a clamping fashion. In drum brake systems, brake drum shoes are forced against the inside diameter of the drums. The greater pressure the driver applies at the pedal, the more pressure is exerted by the linings against the disc or drum.

As the vehicle slows down, heat is generated between the linings and the discs or drums, and the vehicle is brought to a stop. The energy the moving vehicle had is given off as heat to the atmosphere by the pads or shoes and discs or drums. Now, there is a limit to how much heat the linings and the disc or drum can tolerate. When the heat reaches or exceeds a given threshold, the brakes are no longer effective and cannot slow the vehicle down. This is referred to as brake fade.

Drivers can experience this phenomenon if the brakes are applied excessively and overheat. For example, brake fade can occur easily in mountainous regions when going down grade. Vehicles that are overweight are candidates for brake fade even on flat terrain. Fire apparatus have notoriously had issues being overweight. I and many others have jokingly referred to this as 10 pounds of stuff in a five-pound bag. All vehicles are designed with a certain weight limit that the chassis and brakes can safely carry and stop. This is known as gross vehicle weight rating (GVWR), which is further broken down into gross axle weight ratings (GAWR).

Operating a vehicle over its weight rating is not only dangerous—it is illegal. It can also wear out chassis components prematurely and increase braking distances and wear and tear on the brakes. This has been such an issue with fire apparatus over the years that NFPA 1911, Standard for the Inspection, Maintenance, Testing, and Retirement of In-Service Emergency Vehicles, requires users to weigh their ERVs annually and to keep the results on file. Under NFPA 1911, having an overweight emergency vehicle is grounds to place the vehicle out of service until the overweight condition is corrected. Keep in mind that if an overweight ERV is involved in a fatal accident, the authority having jurisdiction could be held responsible in a court of law. To further reinforce that ERVs can stop adequately, NFPA 1911 also requires annual tests for stopping distances at 20 miles per hour based on GVWR. For vehicles under 10,000 pounds GVWR, it is 25 feet. For vehicles greater than 10,000 pounds, it is 35 feet. For truck tractor or combination vehicles greater than 10,000 pounds GVWR, it is 40 feet. There is a big difference when comparing stopping distances of automobiles and light trucks and medium- and heavy-duty trucks.

In the early days of brakes, the most common material used for frictions was asbestos. This naturally occurring fibrous material was well suited for the job because it held up to high heat, was easy on drums and rotors, was used in both cars and heavy trucks, and was inexpensive. It wasn’t until many years later that asbestos was discovered to affect technicians’ health. Because of this, alternative materials were sought and tested. Eventually, federal law required asbestos to be phased out. New materials include bronze, carbon, ceramic, fiberglass, Kevlar®, and titanium. Manufacturers experiment with mixtures of these materials in search of a mix that performs well in a given application. This includes working toward achieving a good balance in the coefficient of friction.

Another way to describe how a vehicle with a higher friction coefficient performs in comparison to one with a lower one is that it would take less brake pedal pressure to stop the vehicle. In other words, less hydraulic pressure is needed at the brakes to get the vehicle to stop when comparing a brake friction with a higher coefficient of friction to one with a lower one. The Department of Transportation (DOT) also mandates that the coefficient of friction and a brake fade temperature range be marked on all brake pads and brake shoes in the form of a code. These are known as two letter edge codes (AA, BB, CC, etc.). Those who service and repair ERVs also need to be aware that the DOT mandates that certain ERVs use frictions with a specific brake coefficient of friction for safety reasons. I used to make it a habit to spot check our shop inventory to ensure we were using GG frictions on our apparatus. Failure to use the proper friction can lead to extended stopping distances, low-temperature brake fade, and even legal trouble in the event an accident with injuries occurs.

Newer materials, although used in the same manner as asbestos, have subtle differences in how they work, which has required technicians to change the ways they service the brake system. These new friction materials fall into three separate classes or categories: metallic, ceramic, and non-asbestos organic (NAO). As with everything in life, each has its pros and cons.

Metallic frictions are very aggressive and essentially use abrasion to stop the vehicle. They have the highest coefficient of friction. Every time they are applied, they wear brake drum and rotor material away. They are a great choice for severe-service applications such as police cars, taxi cabs, vehicles that carry a lot of weight, and ERVs. When metallics are used as pads, they produce a lot of metal dust that coats the wheels, because of the metal powder from both the frictions and the rotors, that will turn a rusty red color if allowed to remain on the wheels. If the rotor has excessive run-out, metallic frictions will wear down the high area much faster, and the resulting uneven thickness of the rotor will lead to pedal pulsation in short time.

Ceramic frictions are a good choice for passenger cars and light trucks. They produce very little dust when compared to metallics and also produce a smooth, quiet stop. These frictions stop by adhesion, as the brake pad leaves a very thin layer of ceramic material on the brake rotor when making contact. This process is called material transfer and does not wear down the rotor. With this process, the rotor thickness will increase. Because of this, rotor run-out tolerances have gotten much tighter. For example, in the 1990s, it was common for run-out tolerance on a passenger vehicle to be as high as 0.008 inches and 0.010 inches on medium-duty trucks.

NAO frictions are the least expensive of the three and are an alternative, although they probably should not be considered for heavy-duty use.

Cars built after 2001 have a very small 0.002-inch tolerance, and technicians must be very careful to ensure rotors are in spec because excessive run-out can easily cause more material transfer to the high spots and quickly cause pulsating brakes. Technicians need to make sure when rotors are turning they are not contacting the pads. After ensuring run-out is within spec the next thing is to perform a good road test to ensure the vehicle stops properly. I recommend using an onboard electronic brake meter during the road test to ensure the vehicle is stopping according to standards and for documentation. The one we used in my shop was a Vericom, and it was very easy to set up and use.

After returning to the shop it is also important to check brake temperatures with an infrared gun. All rotor temps should be very close to each other on the same axle. This is an accurate method to determine if all brakes are working correctly. If a brake is much hotter than the opposite wheel on the same axle, it indicates a dragging brake, which can be a caliper that is binding or a clogged brake hose or line. If a brake is much colder than the others, the brake is not applying and must be diagnosed. This test is a quick way to determine if there is a problem before or after the brake service and will go a long way to ensure jobs don’t come back to the shop for rework. This method has saved a lot of time and aggravation.

It is important for technicians to understand what types of frictions are being used on the equipment they service and the subtle differences. Today more than ever, they must follow factory service procedures to ensure specifications are met. It is also equally important that they understand that the DOT has specific requirements for the frictions used on ERVs. Failure to use proper service procedures and the correct frictions could lead to brake failure and an accident, and the department could be held liable.

CHRISTIAN P. KOOP retired as the fleet manager for the Miami-Dade (FL) Fire Department after 35 years with Miami-Dade County and four years in the military. He has been involved in the repair and maintenance of autos, military track and wheeled vehicles, heavy equipment, and emergency response vehicles for the past 40 years. He is a member of the Fire Apparatus & Emergency Equipment Editorial Advisory Board. He has an associate degree from Central Texas College and a bachelor’s degree in public administration from Barry University and has taken course work in basic and digital electronics. He is an ASE-certified master auto/medium/heavy truck technician and master EVT apparatus and ambulance technician. He is a member of the board of directors of EVTCC and FAEVT and a technical committee member for NFPA 1071, Standard for the Emergency Vehicle Technician Professional Qualifications.