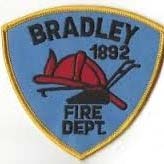 Plans to build a second, new fire station in Bradley, IL, moved forward with the village board voting to award two construction bids, according to a report published by the Daily Journal.

The total cost of the project was in the $1.7 million range, but this summer bids increased to just under  $3.5 million because of skyrocketing supply costs, according to the newspaper report.

The village board decide not to accept the bids and asked that the bid for construction be re issued for a second batch of bids to see if they were lower, according to the paper.

With hopes of having the fire station opened by late 2022, the new second station will provide coverage for northeast portion of the city which has seen significant residential and commercial growth, the paper reported.