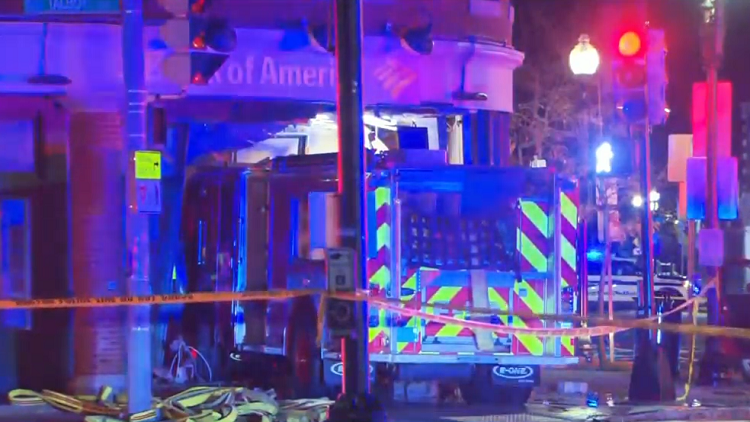 Crash occurred near the scene of a
pizza shop fire

BOSTON – WHDH and other news outlets reported that four people were hospitalized after a Boston fire engine struck a bank in Dorchester early Thursday morning.

The fire engine hit the Bank of America at Washington Street and Talbot Avenue around 2:30 a.m.

The crash occurred less than a mile away from a pizza shop fire.

Four people were transported to the hospital but it is unclear how many of them were firefighters, according to Boston EMS.

The cause of the crash is under investigation.

Not far from the crash scene, firefighters were at work on a fire at Charlie’s House of Pizza on Dorchester Avenue.

There were no reported injuries in connection with the fire.