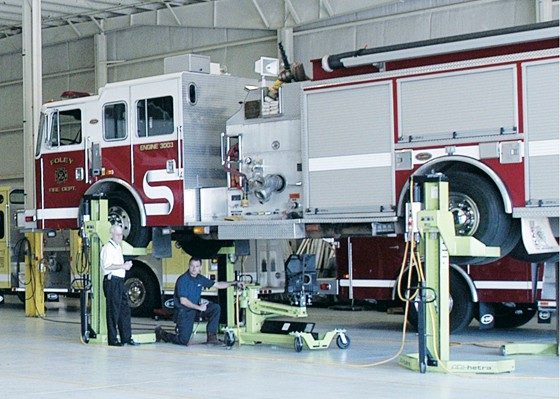 Preventive inspections and maintaining everything from truck ladders to PPE may sound routine—until there’s a major problem. And once that problem occurs, the after effects in terms of litigation, reputation, and department disruption can be profound and long-lasting. How can you prevent this type of calamity?

It all starts with the morning inspection(s) after roll call and shift change. This is the time to assure your apparatus, power tools, hand tools, PPE, SCBA, etc. have been checked and viewed to ensure everything is in good working order. The unforeseen event cannot be avoided; events leading up to a mishap need to be sound and in place. Basically, a record and documentation of these important items showing that needed tasks are completed will confirm that you are operation-ready.

One event I remember was when Underwriters Laboratories would come out to test our ground ladders. They would use weights and measuring devices plus inspect the ladders to assure they were meeting the standards to stay in service. I also recall seeing them performing the “pump” tests, so they got their biannual certificates. Several times during the year, as with most departments, hose testing occurred (something everybody looked forward to—NOT!). This was a good time to train up-and-coming drivers.

To make sure you are abiding by all the requirements, have a proper system in place to track everything. Nothing requiring a scavenger hunt should get lost in the shuffle. Be able to show current status and location of assets at all times, on a moment’s notice.

This is monumental if litigation occurs for any reason. These could be: failure of a structural component to a ground ladder or aerial device; an accident during routine movements or an emergency call/alarm, or a malfunction of gear/equipment/tools, etc. It doesn’t matter if it happens to our members or to the public/civilians. It works in the best interest for all and for the municipality as a whole to be prepared and up to speed.

No matter what your job description is—ambulance, law enforcement, or fire-rescue—an accident can occur at anytime to anyone. Remember, litigators go for the “deepest pockets.” They are good at what they do and are very successful at it, or else they wouldn’t be in business.

To know what some of these statistics are, the National Highway Traffic Safety Administration (US Department of Transportation), publishes them in their reports. Here are some findings:

Ambulance Accidents in the US

Fire Truck Accidents in the US

According to data from the NHTSA and the United States Fire Administration (USFA), fire truck accidents are the second leading cause of on-the-job deaths for firefighters. Below are some key findings from an analysis of NHTSA data on firetruck accidents from 2000-2009:

Police Car Accidents in the US

In 2012, a police vehicle report found that, on average, a person is killed in a pursuit-related crash every day. Using data from 1994-2002, University of Washington researchers performed an analysis of the number of fatalities each year that occur during police pursuits. Below are some key findings:

It is obvious that these unfortunate events occur. Being up-to-date on checks and maintenance and being able to document it readily and accurately is of utmost importance. Otherwise, much hardship, monetary loss and unnecessary litigation that can damage careers, reputations and public perception can occur. “Slow down” and “be safe!”

FRANK R. MYERS is a retired Lieutenant with the City of Miami (FL) Fire Rescue, where he served 32 years. Before his retirement, he served at the Training Center for six years as the Driver Engineer Instructor. Frank now serves as a Senior Advisor for PSTrax.com, a software platform that helps fire departments streamline and automate their apparatus, equipment, and narcotics programs. Frank Myers can be reached directly at Frmyers@bellsouth.net or 305-804-5177.