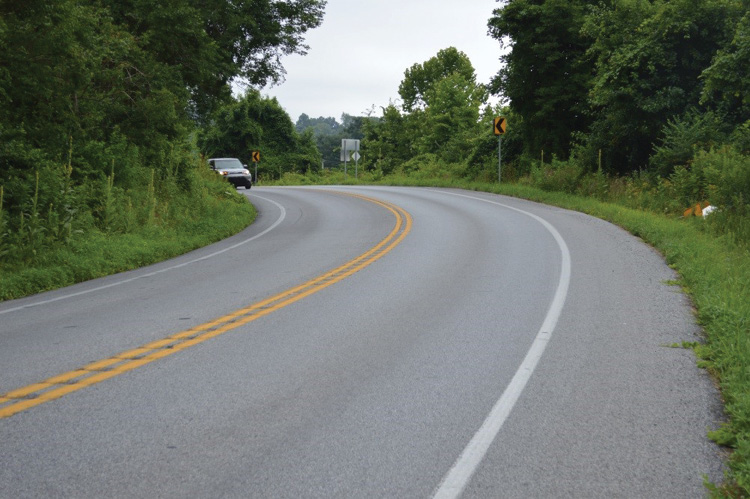 A vehicle with a high center of gravity will roll over when the amount of lateral g-force pushing on the side of the vehicle exceeds the rollover threshold of the vehicle.

However, a vehicle with a low center of gravity will tend to spin out before it rolls over. This is because of a concept known as “the friction circle.” While the friction circle is an important aspect of safe driving, it is an often-overlooked aspect of fire apparatus driver training programs.

A driver can use the grip of the tires to accelerate and drive the vehicle forward, decelerate and brake to a stop, or turn the vehicle to the left or right. A driver can also use the available tire grip in a combination of these directions. As an example, a driver may turn the steering wheel while braking to a stop as he pulls into a parking space. In this case, the driver uses some of the available tire grip to turn the car into the parking space while also using some of the remaining tire grip to bring the car to a stop. Another example of using combined grip would be a driver who accelerates through a curve. In that case, the driver uses grip to accelerate the vehicle while rounding the curve at the same time.

1  This curve has a radius of 320 feet. Table 1 depicts the amount of g-force a vehicle would experience as it rounds this curve at different speeds.

The average dry asphalt road has a drag factor of 0.75. Therefore, the vehicle could absorb 0.75 g before the tires brake traction with the roadway. On the other hand, a snow-covered road can have a drag factor as low as 0.30. On a snow-covered road, the vehicle could only absorb 0.30 g before the tires break traction with the roadway.

Remember that the vehicle can use all of the available g-force in the lateral (side-to-side) direction while rounding a curve at a steady speed; all of the g-force in the longitudinal (front-to-back) direction while braking or accelerating without turning the steering wheel; or a combination of both lateral and longitudinal g-force, such as braking while turning. As long as the total g-force does not exceed the drag factor of the road, the tires will hold their grip on the road.

We know from scale measurements that the radius of this curve is 320 feet. We can use this curve radius to create a table that will calculate the lateral g-force as a driver rounds the curve at different speeds. Take note of how the g-force increases with speed.

Having created a table (Table 1) that shows the amount of lateral g-force at each speed, we can draw our friction circle. Remember that the radius of this circle is equal to the drag factor of the road. Since the road is dry asphalt, we will assume a drag factor of 0.75. Once we have drawn our friction circle, we can plot the g-force on the circle. Keep in mind that as long as the g-force arrows stay inside the circle, the vehicle will be able to hold its grip on the road. Three different speeds are depicted in Figures 1, 2, and 3.

At 40 miles per hour (mph), the vehicle will experience 0.33 g in the lateral (side-to-side) direction while rounding the curve (Figure 1). This is well within the friction circle, so the vehicle will be able to hold its grip on the road. Notice that all of the g-force is being used in the lateral direction because the driver is not accelerating or applying the brakes. This is known as a steady-state turn.

At 59.6 mph, the vehicle will experience 0.74 g while rounding the curve (Figure 2). This is just inside the edge of the friction circle. The vehicle is being operated at nearly 100 percent of its ability for this particular roadway. There is no room for error, as a slight increase in speed or application of the brakes will cause the vehicle to lose its grip on the road.

At 65 mph, the vehicle will experience 0.88 g while rounding the curve (Figure 3). At this speed, the resultant g-force falls outside the friction circle. As a result, the vehicle will lose its grip on the road, and the driver will lose control. The driver has exceeded the “critical speed” of the curve.

Based on the information provided in Table 1 and our examination of the friction circle, we see that once the vehicle traverses the curve at a speed greater than 60 mph, the g-force will exceed the drag factor of the road (0.75). When this happens, the tires will use up all of the available grip and begin to slide or skid along the road. As a result, the driver will lose control of the vehicle and crash. Also remember from previous articles that once the driver experiences more than 0.2 to 0.3 g, he will start to feel uncomfortable. At this speed, the driver may panic and lose control.

This article has discussed the friction circle using examples of a steady state turn. This means that the vehicle is rounding a curve at a steady speed with no acceleration or braking. But, what happens when the driver applies the brakes or accelerates in a turn? That scenario will be discussed in Apparatus Rollovers, Part 8.

CHRIS DALY is a 22-year police veteran, serving as a patrol supervisor in West Chester, Pennsylvania. He has served 29 years as both a career and volunteer firefighter, holding numerous positions including the rank of assistant chief. He is an accredited crash reconstructionist (ACTAR #1863) and a lead investigator for the Chester County (PA) Serious Crash Assistance Team. Daly is a member of the Fire Apparatus & Emergency Equipment Editorial Advisory Board. Daly has also developed an emergency vehicle driver training program called “Drive to Survive,” which has been presented to more than 22,000 firefighters and police officers at more than 500 emergency service agencies across the United States.