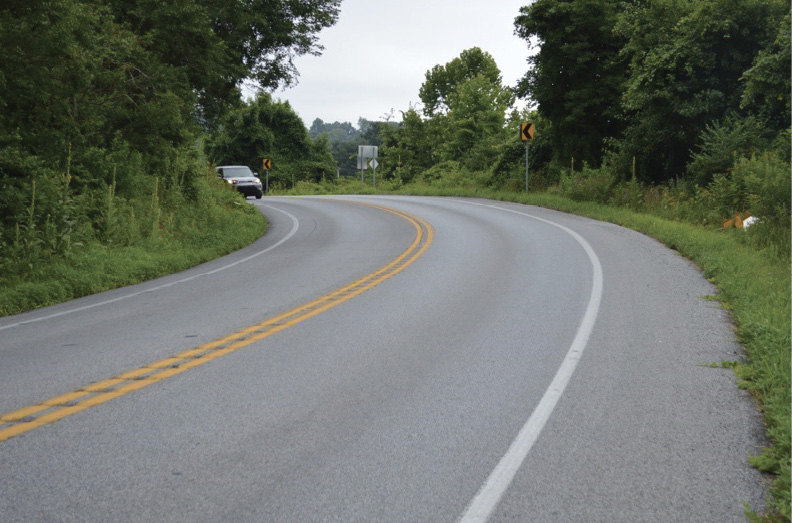 The average personal vehicle or sport utility vehicle has a rollover threshold that is nearly twice that of a fire apparatus. This is because smaller vehicles tend to have a low center of gravity in relation to the track width (width of the vehicle). Because of this low center of gravity, it requires more lateral g-force to induce a rollover. However, if the driver takes a curve too fast or turns the steering wheel too far, it is still possible to lose control and slide off the road. This loss of control will occur when the lateral g-force acting on the vehicle exceeds the traction of the tires.

What does this mean to us as drivers? It means that lateral g-force can still cause a crash even if you are driving a stable vehicle with a high rollover threshold. If the driver enters the curve too fast, he may generate a lateral g-force that will exceed the drag factor of the road. If this happens, the tires on the vehicle will start to lose their grip on the road and begin to slide. As most travel lanes are only 10 to 12 feet wide, there is not much room for the tire to slide before it drops off the roadway. Once the tire drops off the roadway, the vehicle many continue traveling off the road where it strikes a fixed object such as a tree or guardrail. In many cases, the vehicle will slip off the road and strike a fixed object or soft surface, which induces a “tripped rollover.”

A tripped rollover is exactly as it sounds. As the vehicle is sliding off the road, the tires will strike an object on the ground such as a curb or tree. This object, which is low to the ground, will stop the tires, while inertia will cause the top half of the vehicle to continue to travel. If the top half of the vehicle travels far enough, the vehicle will trip itself and roll over. These are usually very serious crashes, as the vehicle will have a tendency to strike other fixed objects as it rolls. I’m sure many readers have been to a crash just like this, where a vehicle traveled off the road, began to roll, and struck a tree along the roof line.

As you can see, lateral g-force is not just an issue for the fire apparatus operator. Lateral g-force is a safety issue for anyone who drives a vehicle, even a vehicle with a low center of gravity. Fire department members must remember to slow down well in advance of a curve and take the curve at a safe speed. Traveling too fast into a curve may generate enough lateral g-force to cause the vehicle to lose its grip on the road and crash.