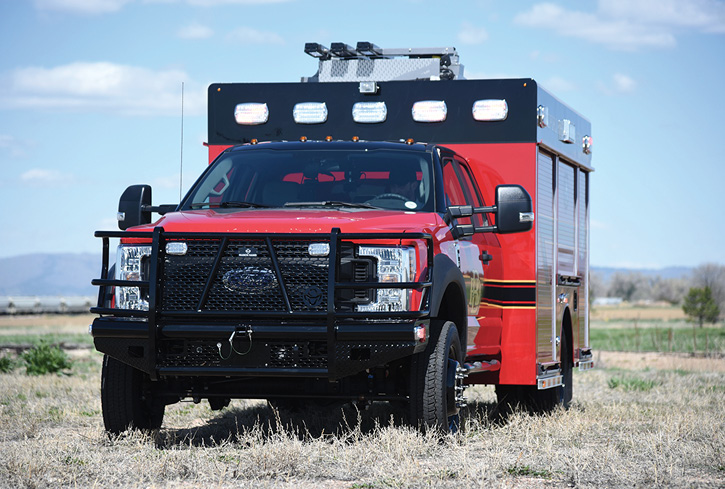 Fire departments, paid and volunteer, around the country have been thinking outside the box on how to use their resources to better serve their communities in recent years. One of the areas of the country that has combined its resources is located in Northeast Tarrant County in Texas.

The Northeast Fire Department Association (NEFDA) was developed by a group of 14 cities for the purpose of combining personnel, ideas, and education for specialty operations. The operational areas include hazardous materials, technical rescue, swift water rescue, mass casualty incident response, and explosive response. 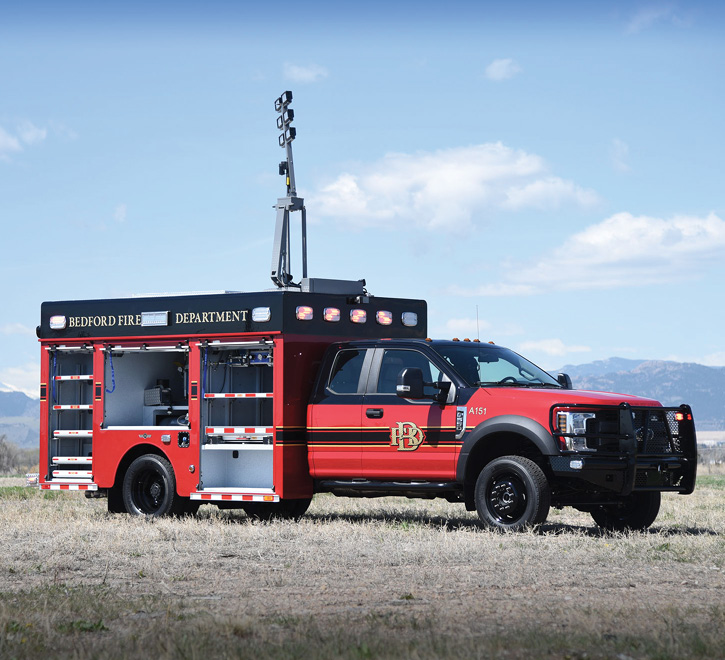 1 The Bedford (TX) Fire Department air and light unit showing the officer’s side with the Command Light elevated. (Photos courtesy of SVI Trucks.) 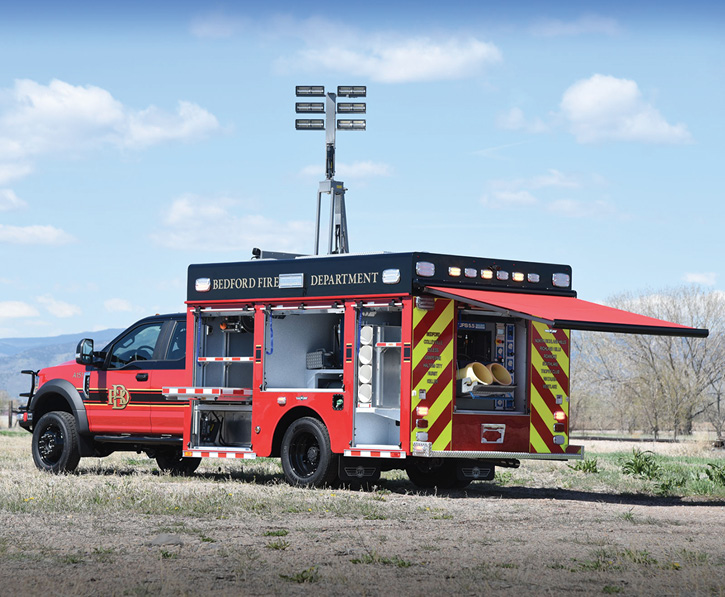 3 The driver’s side showing the rear extended awning and large compartments.

According to James Anderson, deputy chief of operations for the Bedford (TX) Fire Department, “While each department is required to provide a particular service, sometimes the service may overlap. However, my department’s responsibility is to provide air and light logistic resources to the 14 cities. We had a 2003 International chassis unit built by SVI Trucks that had served our department well. A 15-year replacement program is adhered to by NEFDA, so it was time to make a move for a new unit.” Bedford was entrusted to come up with the specs for a new unit, according to Anderson. “But,” he says, “I didn’t feel comfortable just deciding on us having the final say on what type of unit to purchase. One important decision we had to make was should we keep the old one, divide into two smaller units, or build one larger unit. The decision was made to go with one dedicated unit.” After the group decided, a chief and two others were entrusted with working on the specs for the new vehicle.

The department looked at a variety of manufacturers and received quotes from them but ultimately decided to go with SVI again because it had dealt with the company before and was satisfied with SVI’s quality and workmanship. SVI also met all of Bedford’s specs.

“Using the HGAC program for the purchase allowed us to choose the manufacturer we wanted and saved us a great deal of time for the build,” says Anderson. “We took some of the ideas that we had from our older vehicle and put them into our new unit but improved them with recent new technology. For instance, we had one Command Light tower installed instead of two. The newer LED technology greatly improved lighting with using just one tower. We also added more perimeter scene lighting and an awning, rehab tent and chairs, cooling fans, and a greatly enhanced [self-contained breathing apparatus (SCBA)] filling station. We can fill any type of SCBA bottles.”

SVI moved into a brand new factory four years ago. The building has a great deal more space for manufacturing, and the company has enhanced its operations. “Thankfully we didn’t have to make any major changes at the factory when we visited,” says Anderson. “The only thing we changed was the size of the fill hoses for refilling SCBA bottles. Other than that, their engineers and salespeople welcomed our ideas and concerns. They were instrumental in this build coming out the way we wanted. The local dealer, Metro Fire, also gave us a great deal of help along the way, and service after the sale was also great.”

The vehicle responds automatically in Bedford’s response district and on all second alarms around the county and in other cities and may be special called depending on the incident. The rig has responded to several incidents since being placed in service. “So far, so good,” says Anderson. “The truck rides very smooth, and operation of the refilling station has worked well.”

By designing a vehicle that can be shared with other communities in your township or county, you will not only save tax money but also hopefully solve staffing problems. We hear time and time again about consolidation of fire departments around the country because of budgets and staffing problems. The idea of sharing services has worked well for the NEFDA and its 14 cities.

Too many times we have heard about fire departments around the country wasting money by duplicating services. Does a department need to buy the biggest and baddest heavy rescue truck or a $1.6 million truck when every department around it has one? No, of course not, but we still see it done. While some people might take offense to what I am saying, for the most part it is the truth. Staffing isn’t what it used to be, and it’s getting worse by the day, especially where volunteer fire departments are concerned. The paid departments also have to be concerned with budgets for equipment and staffing as well.

Start thinking outside the box and see if you can share services as the fire departments in Tarrant County are doing. In the long run, you would be saving money for your taxpayers and saving wear and tear on the equipment sitting in your fire stations.