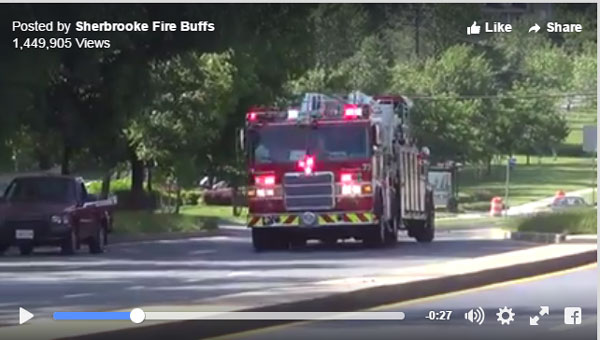 Over the past several weeks, there has been a video circulating the Internet that shows a responding tiller ladder in the state of Maryland. The video clearly depicts the ladder truck proceeding through a negative right-of-way intersection without stopping for a steady red light. I have spent the past few weeks monitoring the comments that have been posted under this video on social media outlets. I must confess that I found the number of comments supporting this type of behavior extremely disturbing. While I would expect these types of immature comments from younger firefighters whose profile pictures depict colorful muscle cars, the amount of “older” firefighters supporting this type of aggressive driving surprised me.

As someone who spends a great deal of time reading the comments under these types of videos to gauge the “pulse” of emergency vehicle drivers, I have discovered that almost every one of these videos contains the same types of comments when posted. These comments can be broken down into several response types, such as:

So with all this being said, there are now two groups of people. One group is saying “You go, Dude,” while the other group is out in the shed trying to find a torch and pitch fork. So with this in mind, let’s examine the scenario from an objective standpoint using the readily available video evidence.

In order to complete this analysis, we must examine both the video, the geography of this intersection ,and the physics of the moving tiller ladder. Using a crash reconstruction CAD program, I was able to drop a satellite image of the intersection into the program and take some measurements. These measurements will be pretty accurate. Truthfully, I was going to hop in the car and examine the intersection in person, but Mrs. Daly couldn’t spare me for six hours during the holiday season.