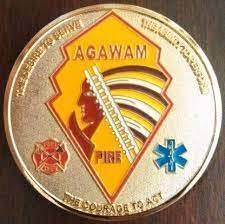 Agawam (MA) Fire Department has been awarded nearly $6,000 to upgrade river rescue equipment, according to a report broadcast by WWLP 22News.

The $5,995 grant was given to the department by the Commonwealth Security Trust Fund offered by the Executive Office of Public Safety and Security Office of Grants and Research, according to the television station.

Funds will be used to buy an inflatable water and ice rescue craft and will primarily help to keep rescuers safe on running water, including the Connecticut River that runs through the town, according to the report.

Agawam firefighter hope to purchase the craft before the end of the year and it will be used with other communities within the Western Massachusetts Technical Rescue team, the television station reported.