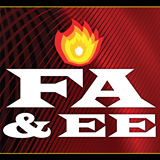 Two Jersey City firefighters, a Bayonne driver and his passenger were injured when a fire truck collided with a car at Communipaw and West Side avenues Thursday night.

A firefighter suffering lower back pain and another who suffered a minor head injury were taken to Jersey City Medical Center — Barnabas Health where they were treated and released, the report states.

The driver of the car and his passenger, were taken to the Bayonne Medical Center.