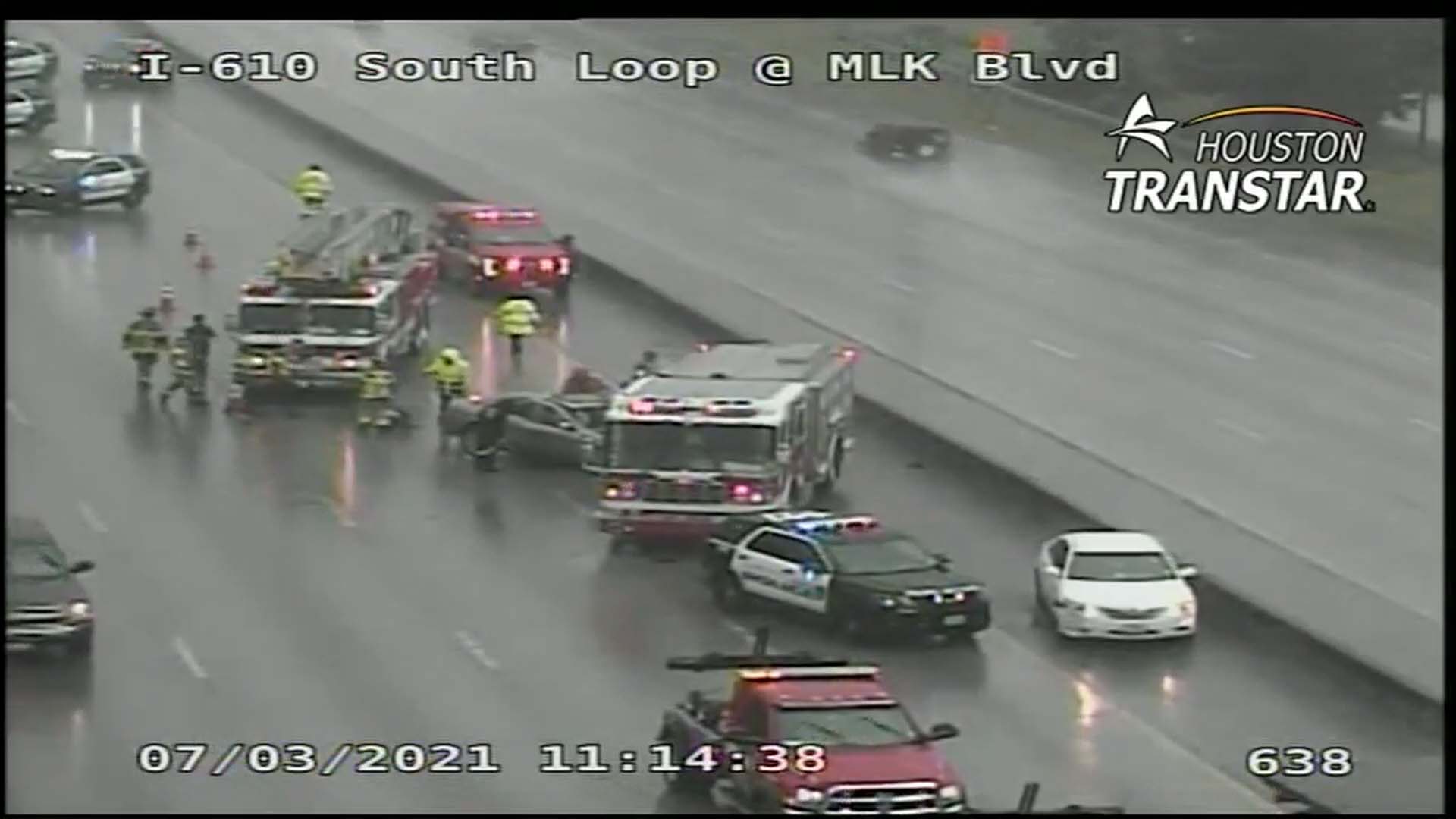 A motorist was critically injured when it struck a Houston (TX) Fire Department engine while it was blocking a previous crash scene on Saturday morning.

According to television station ABC13, the crash happened on MLK Boulevard and the crash blocked the entire eastbound lanes.