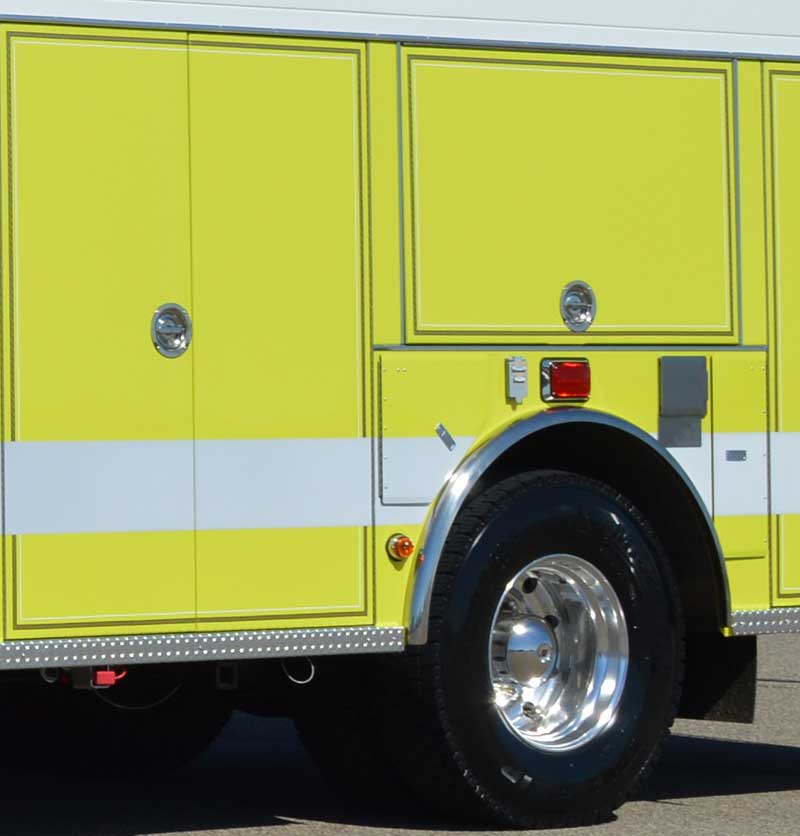 “Fred. Why are you slamming the squad door?”

I looked at the door and found the problem. The latch bar on the door frame was loose. Because it was loose, it didn’t line up with the locking mechanism in the door.

“Fred. How long has this problem existed?”

“You’ve all been slamming the door for months. Why didn’t you just fix the door lock?”

“I don’t know. I suppose we all thought about fixing the lock. We just never got around to it.”

Have you had a similar conversation at your fire department? As you might guess, I have. After my conversation with Fred I found a toolbox, and several minutes later the lock was fixed.

I then began to wonder how many other simple maintenance repairs had been overlooked. I looked and found plenty. For starters, our handheld air sampling units had not been calibrated in a long time. The battery in one unit needed to be replaced as well. Plus, sampling filters were missing out of one kit. Yet, both these units were still being carried on board our squad and engine.

Other battery-powered units were also in need of new batteries. But, nobody ever checked these units. They checked the fluid levels in the engine compartments of our rolling stock. They checked the tires, SCBA, and hand tools but forget to check the small items inside the unit their lives might depend on—like our air sampling units.

I also inspected the medical bags. I found an O2 cylinder in one of the medical jump bags was completely discharged. Good thing I found it before the O2 unit was needed in the field. Might be a firefighter’s life at stake when the unit is needed.

On another department, a brush truck and crew were almost lost for want of a simple coupling. The coupling connected the PTO to the drive shaft for the onboard pump. The coupling was cracked. And, the maintenance person knew it was cracked but never got around to replacing it. Does this sound similar to Fred’s comment from earlier in this article?

One day a crew took the brush truck on a run and might have actually knocked down the wildland fire if their hoses hadn’t suddenly gone dry. Hoses suddenly going dry is funny in training back at the station house but not when you are face to face with the fiery monster in the field. To make matters worse, the wind shifted and blew the fire back on the crew and their truck. The crew abandoned 200 feet of hose they had pulled then beat feet for an opening in the fence line a quarter mile away.

Once through the fence and clear of the fire zone, the crew checked their brush truck. The water tank was three-quarters full. So, there was only one other reason their hoses would have gone dry. The pump failed. One of the firefighters then crawled under the truck to inspect the pump.

Want to guess what he found? I can’t use his words because they were mostly expletives mixed with threats to castrate the maintenance guy. So, I’ll paraphrase what he said: the cracked coupling had never been replaced and it finally broke in two. So, 200 feet of hose line were los, a brush truck almost lost, and a crew almost injured or killed because a15-minute repair job was never done.

Now let’s look at your maintenance program. Are the small repairs that could cost a firefighter his/her life in the field being overlooked? If you hesitated before answering, this might suggest you are not sure what’s being overlooked. Why aren’t you sure?

Maybe you should consider incorporating these suggestions into your inspection program. You need to put together a more throughout inspection sheet. Start with this basic philosophy for drafting your inspection report: If it could go out into the field on a run, it gets its own line item on the inspection report. If the item can be repaired immediately, it’s done as part of the inspection. If it can’t be repaired immediately, it gets red tagged and pulled off the unit and replaced. But, merely finding a problem is not enough. Each inspection report should be two parts. Part one lists repairs that need to be done. Part two shows the date and by whom the repairs were done. Without this type of follow-up documentation, simple repairs can get overlooked or forgotten. This was the case with the PTO coupling.

Is this a lot of extra documentation and work for an inspection report. It depends. What value do you place on your fellow firefighters’ lives?

SCOTT CULSHAW is a freelance writer.