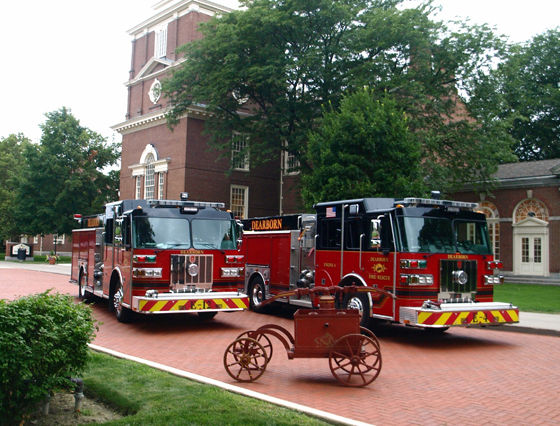 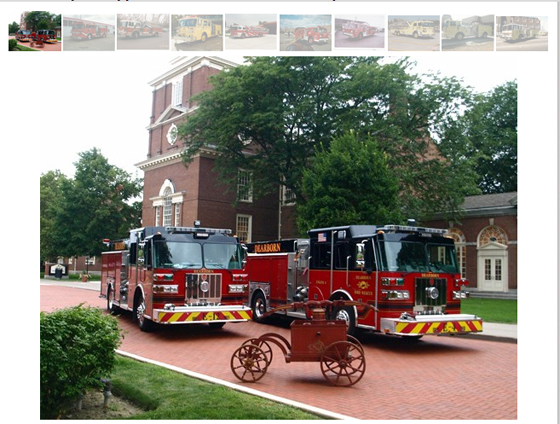 There are few if any family-owned 125-year old fire apparatus and equipment manufacturers in business today.

This April 23-25, Sutphen Corporation will note its 125 years of continuous family operation at booth 3225 at FDIC International 2015 in Indianapolis. Along with the latest in modern fire apparatus technology, a 1907 Sutphen hand pumper that served the Village of Dearborn, Michigan, will be on display. This early piece of firefighting equipment has never left the Michigan community. Dearborn has grown to a large city and over the years has continued to be a solid Sutphen customer.

Apollo Fire Equipment Company is the Michigan dealer for Sutphen Corporation. The Konupek family joined the Sutphen team in 1982. Bob Konupek now heads the Romeo, Michigan, based company. He has been with Apollo since 1980 when he came from California to” temporarily help” his dad, Bud. While Bud made a nice recovery from a health situation and would continue to be a part of the business for many years, Bob was the man that was all in for fire apparatus sales. He recalls his first Sutphen sale of a pumper to Sterling Heights, Michigan. A large order to the city of Detroit for 15 pieces of fire apparatus followed in 1985. Along the way, Dearborn, Michigan, has been a solid Sutphen customer.

It is interesting to note that the Village of Dearborn began to seriously consider forming a fire department in 1906. In 1907 C. H. Sutphen spoke to the Council on fire protection. The Trustees then approved the purchase of No. 3 hand pump engine, complete with 250 feet of 2½-inch cotton jacket best hose with brass couplings, fire department style suction hose, a brass strainer and one play pipe with tips. The deal was sealed when Sutphen agreed to add a red lens lantern to the purchase at no cost. The total price for the hand pumper with equipment was $350.00. On March 4, 1908 the first members of the Fire Brigade were sworn into office.

The Sutphen name in the fire industry dates back to 1890 when C.H. Sutphen started the operation as an equipment company, selling hose, axes, and other firefighting equipment. A partnership with C.H. Sutphen and S.L. Wottring eventually led to the formation of the Prospect Manufacturing Company. Initial sales were hand-drawn chemical wagons, hose reels, pumpers, and ladder trucks. The arrival of the motorized era brought increased demand for firefighting apparatus. Many early motorized rigs were built on the popular Ford Model T chassis. Prospect developed a highly efficient rotary gear pump that allowed the sale of pumping engines to small communities to skyrocket. The Depression caused Prospect to declare bankruptcy in 1932. Fortunately, C.H. Sutphen continued to operate his fire equipment business through the Great Depression.

Son Harry joined the business. The company expanded to downtown Columbus, Ohio. In 1947, the operation moved to Dublin Road in Grandview, Ohio. Sutphen began to deliver fire apparatus on commercial chassis bearing the Sutphen name in 1951.

Harry’s sons Thomas and Robert joined the operation in the 1940s. Tom had an idea for a four-sided box-style telescopic boom aerial device. This would be the beginning of the Sutphen midmount aerial platform. Aircraft-grade huck bolts for strength and aluminum for light weight were the two keys used in the boom construction. In 1965, the first midmount aerial platform was introduced at the International Association of Fire Chiefs (IAFC) in Memphis, Tennessee.

Today Sutphen is in the forefront of innovative aerial product designs. The fourth generation of the Sutphen family is at the helm.  Bob Sutphen’s son, Drew Sutphen, is president of Sutphen Corporation; son Dan Sutphen and grandson Harry Sutphen are in sales.  Bob’s daughter, Dareth Fowler, represents the Sutphen Service and Refurbishment Center, where his grandson, Jimmy Holland, also works. Drew’s wife, Judi Sutphen, is in charge of contract administration, and daughter Shelby is in executive administration.

Sutphen Corporation comprises five factories. Corporate headquarters is located in Amlin, Ohio. The SP and SPH aerial platforms and custom aluminum pumpers are built at Amlin. Hilliard, Ohio is home to Sutphen Towers and manufactures the SP 70, SA 75, and Sl 75 and 100 aerial ladders. The bodies of all these models are built with stainless steel. Stainless steel pumpers, repairs, and refurbished units are also completed at Hilliard. Custom chassis and the commercial C-Series pumpers are built in Springfield, Ohio. Sutphen Service is also located in Springfield. Monticello, New York is the location for Sutphen East. This facility manufactures both aluminum and stainless steel pumpers as well as custom commercial pumpers.

While Sutphen looks back over the past 124-years, it looks forward to an exciting future of continued growth and change with the fire service. If you plan to attend FDIC in April, stop by booth 3225 to enjoy more of the Sutphen story. Current Dearborn Fire Chief Joseph Murray completed the arrangements with Apollo Fire and Sutphen Corporation to show the 1907 Sutphen hand pumper. He will be on hand to show this valued piece of early firefighting equipment.

Special thanks to Alissa McGlone, Sutphen Corporation, and David Desrochers, Apollo Fire Equipment, Romeo, Michigan for their assistance for this feature.

All photos courtesy of Richard Story.

Do you have an interesting piece of vintage fire apparatus that has an interesting story that you would like to share? Contact Ron Heal at ron.lois224@gmail.com or phone (309) 698-6968.