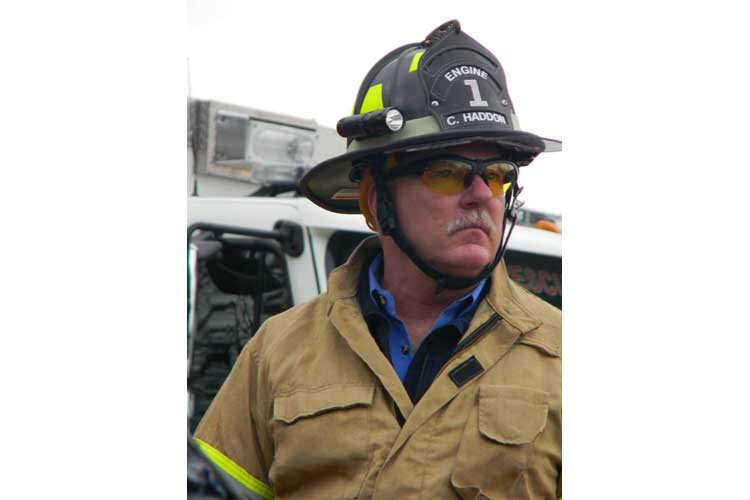 This is not by any means a “rural” set of questions or issue. I’ve recently asked fellow firefighters/officers this same set of questions from departments of all shapes, sizes, and locations. The most common answer I’ve received is: “It’s our SOP, we should, but most often we don’t.”

I can certainly see an argument for both sides. Simple intersection T-bone, non injury, “nothing burger,” why stretch? Rurally speaking, a vehicle dodging an elk on a two-lane highway, swerves, overcorrects and rolls the vehicle. If there are no obvious signs of fire and no fuel leakage, why would I want to deploy a line and block the entire highway if I don’t have to? Allow me to add a new wrinkle to your thought process.

Vehicles have changed dramatically. The addition of Class D (combustible) metals and Lithium Ion batteries will (or should) make you rethink whether or not to stretch that line at the site of a crash. If for no other reason, you might want to consider doing it for your crew’s personal safety.

A typical highway vehicle that is five to 10 years old on the road today contains an average of 35 pounds of combustible metal (mostly magnesium). By this time next year, in 2020, the average vehicle sold around the country/world will contain an average of 300 pounds of various combustible metals. By the way, have you had the unforgettable experience of trying to extinguish 300 pounds of burning, white hot metal that explodes when you hit it with water? Granted, the number of vehicles that spontaneously burst into a full blown Class D fire is pretty nonexistent. However, there is a new-ish fuse, or accelerant, for this mass of combustible metals found in today’s new hybrid and electric vehicles. It is known as the Lithium Ion battery.

Lithium Ion batteries are generally located beneath the floor in the rear seat area, or in older models they are “L” shaped, and basically conform to the shape of the back seat. Many hybrids will have a small gas tank located directly behind the vertical portion of the battery in the trunk area (just to make the firefight easier). European testing on these vehicle-sized Lithium Ion batteries shows that (if you can get to them) it takes an average of 3,000 gallons of water to be able to knock one of these batteries (to reduce the auto ignition temperature). It is not uncommon for it to take 45 minutes to fight one of these car fires with the Lithium Ion battery going off. Additionally, it is also not uncommon to have reignition some 48 hours later because of ongoing thermal runaway.

If trying to get to a burning Lithium Ion battery that is located beneath the floorboard of the backseat is not enough of a challenge for you, allow me to add another wrinkle. In an attempt to protect these batteries from trauma and damage, many automakers (including Tesla) now encase or surround these battery packs with combustible metals, such as titanium, and other combustible metal alloys. Yep, you guessed it, when the battery lights off like a screaming volcano, it is kind enough to ignite the magnesium and titanium components surrounding it.

Just in case you were thinking, “We don’t have to worry about those hybrids or electric cars around here,” allow me to offer you a couple of statistics. On the roads today, there are an estimated 800,000 full electric vehicles and roughly 4,000,000 hybrids in operation. We’ve all seen or read about some states wanting to have “electric-only” vehicles by 2025. Regardless of whether or not this will become a reality, the fire service needs to get its methods and tactics updated to reflect the reality of what we face on the roads today. Lithium Ion batteries and a large amount of Class D metals in vehicles are our future. Does your department have the information and training to be able to deal with these new types of fires? Might this information change the way you think about whether or not to stretch a line at vehicle accident scenes?

If you find yourself at FDIC International 2019, stop by my class on Wednesday afternoon at 3:30 for more information on these new vehicle fires. I’m looking forward to seeing everyone there!