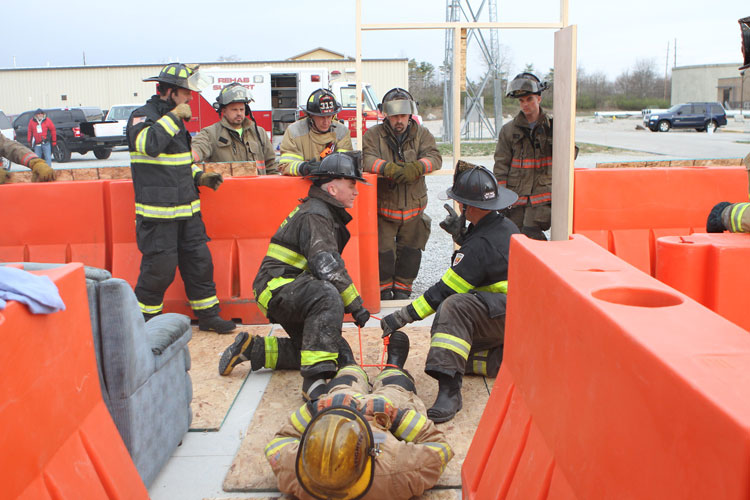 Almost everyone should remember the old spelling bees in school. There were some kids who did really well and others (like me) who got knocked out early. Everyone could spell the easier words, but as they got more challenging, there was a separation of talent and dedication. Of course, the basic classroom spelling bee has evolved into a national competition with some really smart kids who can spell better than Daniel Webster (I think he published the first dictionary). The point here is that just because everyone can spell the easy words doesn’t mean they are all good spellers. It takes a level of talent and a lot of hard work to become the best or even really good.

Everyone in the fire service is probably an adequate firefighter. Some are better than others, and if we had a fair and equitable way to keep score, we could determine who the best was. It is not like spelling where there is a definite right or wrong answer. There is a lot of subjective opinion involved. But, there are ways to determine if you are doing better or improving. You would have to ask if you are training every day. If you don’t practice regularly and routinely, doing things the right way, you are not going to get to the top of the list of the best of the best. And this is just one aspect. You do need to keep score in the areas that can be measured. For example, you should know how quickly you can don your PPE. You can then compare to others in your organization to see where you rate or look for standards to meet. You should also look at team performance. What is the expectation to deploy your typical lines at a fire? Have you timed the teams lately to see where you rate? If you just talk about how good you are, you are not working to improve your capabilities—not only to maintain performance but to ascend to the top of your profession.

Speaking of getting ahead in your profession, I am still amazed at how many departments don’t participate regularly and routinely in training and education outside their own communities. This can go from top to bottom. At the top, there are many chiefs who have bosses who don’t support this either financially, as part of employee development, or both. I recently met a person who was attending a training that was completely covered financially by a grant but the individual could not get release time from his boss and had to use personal time. That sure seems short sighted to me in so many ways. First you hinder advancement. Second, you affect motivation and moral.

Of course, there are other perspectives. I have spoken to fire chiefs who have offered training to personnel. They (the personnel) then make outrageous demands for pay including overtime from the time they leave their house until they return. As I understand it, this would be 24 hours a day if they are gone. Now I know that it is time away from family and other obligations. But, there is a little bit of game playing. One might call this request ridiculous. It might be just an excuse not to go. But if you want to grow and improve in your profession, you need to show up at various training programs when the opportunity arises. I would be interested in hearing some legitimate reasons why some don’t participate. Is it budget, lack of awareness, unwillingness to put in extra time, too much going on, a feeling that it is not needed, or something else? Having been very fortunate in my career to have opportunities, I have seen the great work by a dedicated few (relatively) who do things on a national and state level that impact service delivery in every community. More participation would only further the advancement of this profession.

Cleaning and Disinfecting Our Units: What We Need to Know