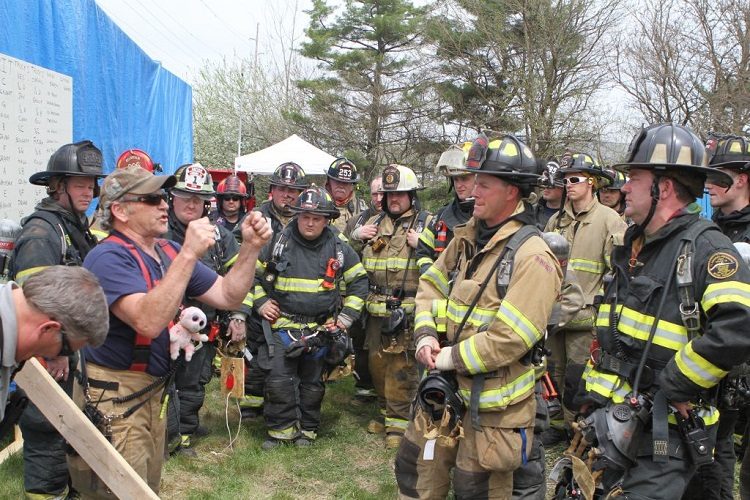 As some of you may know, I served as the chief operating officer of the United States Fire Administration a long time ago. I got a chance to see some of the inner workings of our government and experienced much red tape. I also have had some dealings as an outsider. It is easy to get jaded and frustrated in dealing with the bureaucracy and have a cynical viewpoint. That does not even count the interactions with Congress! But I do want to give some kudos to the folks who work for FEMA and the Fire Act grants. I must admit the service I have received has been outstanding. The folks there have been helpful, timely, and responsive. It is nice to know that there are folks in our federal government who really are working to make things easier and better and do practice good customer service. Thank you to all of you who are working so hard to make the fire service better.

I was listening to the radio recently when I heard an ad for an app that you can get for your phone that activates when you pick up your phone while you are driving. It uses its sensors to know that the vehicle is moving. If you pick it up, you will hear a voice of your choosing warning you that you are doing something dangerous—like texting and driving. The app suggests you use a recording of your spouse or another loved one. The message is simple: don’t do something that may cause harm because you were not thinking. Imagine if there was a similar device that followed firefighters around and reminded them when they were about to do something careless that could cause them or someone else harm? One of the contributing factors to fireground and emergency scene mishaps that lead to injuries and deaths is complacency. Anything that can be done to keep firefighters focused on the job until they go off duty will contribute to a better safety record. In the absence of an app, a good safety officer who is well-trained and passionate about the work can go a long way toward minimizing unnecessary risks.

As you get near the end of your career, you also notice that all your friends and mentors are also getting there. There are so many people that influence your career and personal development, and we don’t always take the time to say thank you. I have tried to make more of an effort to say that to individuals who have helped shape my career. Unfortunately, some passed before I could express my great appreciation for what they had done for me. Some may not even know the impact they had. I think of the things I learned just because someone was willing to do more than just show up for work. Some lessons were delivered personally while others came from training and classes I attended. If someone had a positive influence on you, take the time to let them know. You won’t regret it, and it will be greatly appreciated by the recipient.

Lastly, we all continue to hear complaints about the next generation and concerns about the future. I am not that concerned. I continue to meet younger firefighters who are energetic and passionate and willing to go the extra mile. Granted, it is not all—but it was never all in any generation. Just because they don’t think like what we do does not mean they won’t succeed. As I come across more of the new wave of firefighters, the more confident I get that we will be just fine. But, one of the concerns I have may be with my generation in that we don’t do enough to help and encourage participation. I come across too many agencies that don’t support the extracurricular development of our personnel. Chiefs, chief officers, and others in a position to make decisions need to step up their support of the next bunch of leaders, locally, regionally, and nationally.