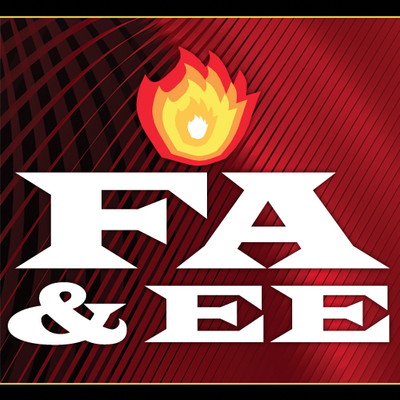 A few weeks ago, I had the pleasure of attending FDIC International. The number of times I have been there does not rival some of the other long-time attendees, but my first one was in 1979. While at this year’s event, I was talking to some other “old timers” reminiscing about “the good old days.” What surprised me was that I was able to recall some of the material from nearly 40 years ago. I remember the keynote address, the theme of the conference, and even a couple of workshops I attended. So what is the point? I guess it means that often when you attend an event, you never know what will stick with you and how it will affect your development. I am not sure I could predict what ultimately has an effect or what will remain, but the thought is to let your mind open up and accept as much as you can and your life will sort it out later.

Speaking of FDIC International, while I enjoy all aspects and marvel at the spectacle it has become, I am most grateful for the informal interactions that I get to have. I had many one-on-one discussions with too many people to mention here. There is no doubt in my mind that I learn more from these friendly exchanges than anyplace else. And while we joked about not quite getting to world peace, we did throw around many ideas, some of which will take hold and others that will drift. And like my first visit to FDIC International, I am sure some will stay with me a long time—it would be nice to get 40 more years at my age!

One frequent topic was the status and stature of the fire service in today’s world. It seems that the emergency service is not high on most political priority lists, starting with the federal government. As fire departments accept more and more responsibilities, the public and politicians seem to know less and less about this business. The fire service is not considered an asset in many jurisdictions, only a liability that needs to be financially brought under control. Much has been discussed about the impact of the economic downturn. One thing that remains is that many organizations have not returned to the days prior to the recession regarding staffing, funding, fire prevention, training, and other aspects. For some reason, value to the community is not as important as other services being provided. Yet, the fire service remains highly respected and trusted. We just seem to be an afterthought. Of course, everyone still expects a great response when they dial 911 even though they didn’t support the program ahead of time!

One area still lagging is fire prevention. I think it is across the board including inspections, public fire safety education, and investigation. The results of prevention efforts are hard to quantify in the short term. Just because you stop doesn’t lead to instant fire problems. But, we all know that in the long term there will be consequences. We just can’t predict when that will happen. It seems that today in the political world, we only have to get to the next election. Money can be saved in the short term, but it is penny-wise and pound foolish. But, what else is new in politics? There also used to be a time when a serious fire led to code changes, more prevention, and other efforts. Even after some recent disasters, I don’t see the push, outside of some great fire service professionals who are passionate about their work, to do much to change the way things are done. I think it is related to my paragraph above. The fire service is low on the priority list. That is too bad as there are always consequences of neglect in this business.