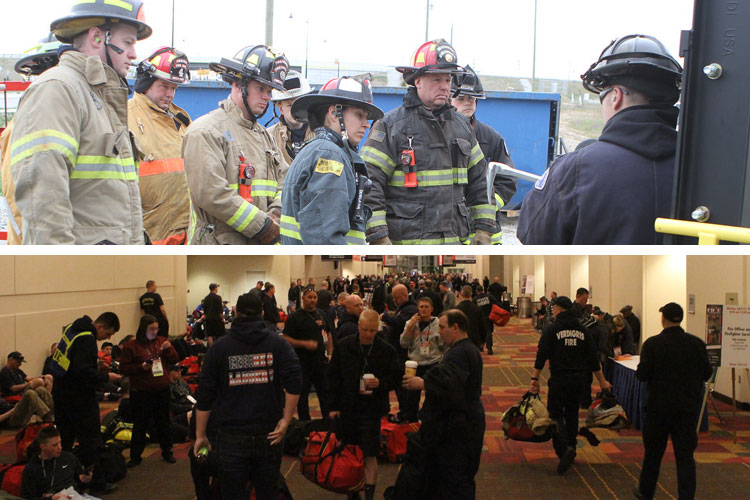 There are many issues on the state and federal level that affect the fire service and those in it. To be influential and up on the latest happenings, you have to participate, or you get what others dictate to you. If you believe this, then you have to participate outside of your own organization. While it is not possible to be a part of everything, if more people would attend state and national events and contribute to trade associations, the fire service would greatly benefit. Yet in my travels, it seems that only a small percentage of organizations and people carry a brunt of the load. In some cases, local bosses don’t encourage or even support travel and education. I was talking to a fire service professional a short while ago who was at a program that was sponsored by a grant. Even though his attendance was being paid for by someone else and there was no cost to his community, his boss would not allow leave time, and he had to use his vacation time to participate. This seems so shortsighted to me.

Another example of this was relayed to me recently. This one involved a fire chief. It seems the chief didn’t think he was getting any benefit from a few of his members being part of a regional special response team. He thought the chances of his own community ever needing the services of the team was small, so he didn’t think he needed to contribute. Of course, most special response teams are not regularly or routinely activated so every department could make the same argument and take its chances. If everyone did, there would be no team at all, and in the event of the rare occurrence, there would be no highly trained personnel available to respond. As I write this, there is a major rescue operation occurring in Thailand to get a soccer team out of a cave. Imagine the chances of the rescue being successful if there were not some highly skilled, capable people. Being ready for something not likely to happen is part of the job. Those who don’t think they need to contribute are relying on the generosity and commitment of others. One could say it is another form of “moochual” aid!!! I understand that there are some departments with very limited resources, but many who could contribute don’t. It is too bad and shows poor leadership.

On the opposite end are the hardworking folks who make things happen. Just this week the President signed legislation establishing a cancer registry for the fire service. There has been much work done by a few to make this happen. Everyone in the business should be grateful to those who have put forth the effort to make this a success. These things don’t happen on their own, as folks outside of the industry are not going to propose laws like this. Obviously, cancer in the fire service has become a huge issue, with many groups working to reduce the risks that firefighters face that make cancer more likely for those working in hazardous conditions. My hat is off to all those who worked so hard on this issue and continue to do so. We are fortunate that there are those who understand the value of participating outside of their own organization.

Finally, I often hear people lament about the latest generations entering the fire service. I am here to tell you: we will be just fine. I have met some wonderfully talented young folks who are passionate and committed to the fire service. They probably make up the same percentage of people in their age bracket who are fully involved as those in my generation. We sometime forget we don’t have 100 percent superstars in any generation and the Pareto Principle, where 20 percent of the people do 80 percent of the work, prevails (I think those are the percentages, though some people use other numbers—but you get the idea.). Just because others don’t think like we do doesn’t mean they can’t be successful. They look at things differently, and that is okay. We will be just fine.